Young children with autism spectrum disorders (ASD) have slow understanding and development of gestures (e.g., Mastrogiuseppe et al., 2014). Previous work leaves open the question of whether school-aged children with ASD (aged six to 12) still have delay in producing gestures compared to their typically developing (TD) peers and whether they integrate speech and gesture in their speech production.

This study examined gestural production among school-aged children in a naturalistic context and how their gestures are semantically related to the accompanying speech.

Caregivers interacted naturally with the children. A farm blocks play set was provided to facilitate communication. All conversations between children and caregivers and their gestures (iconic gestures; pointing gestures; emblems; speech beats) were transcribed by Chinese-speaking research assistants.

On average, children with ASD produced 5.13 gestures of all types (SD=4.24), and TD children produced 17.50 gestures of all types (SD=10.29), U=29.50, p<.001. Among different types of gesture, TD children produced a significantly higher proportion of markers (e.g., CLAPPING HANDS referring to happiness) than children with ASD, U=50, p<.01. Table 1 shows the results of different types of gesture in both groups of children. 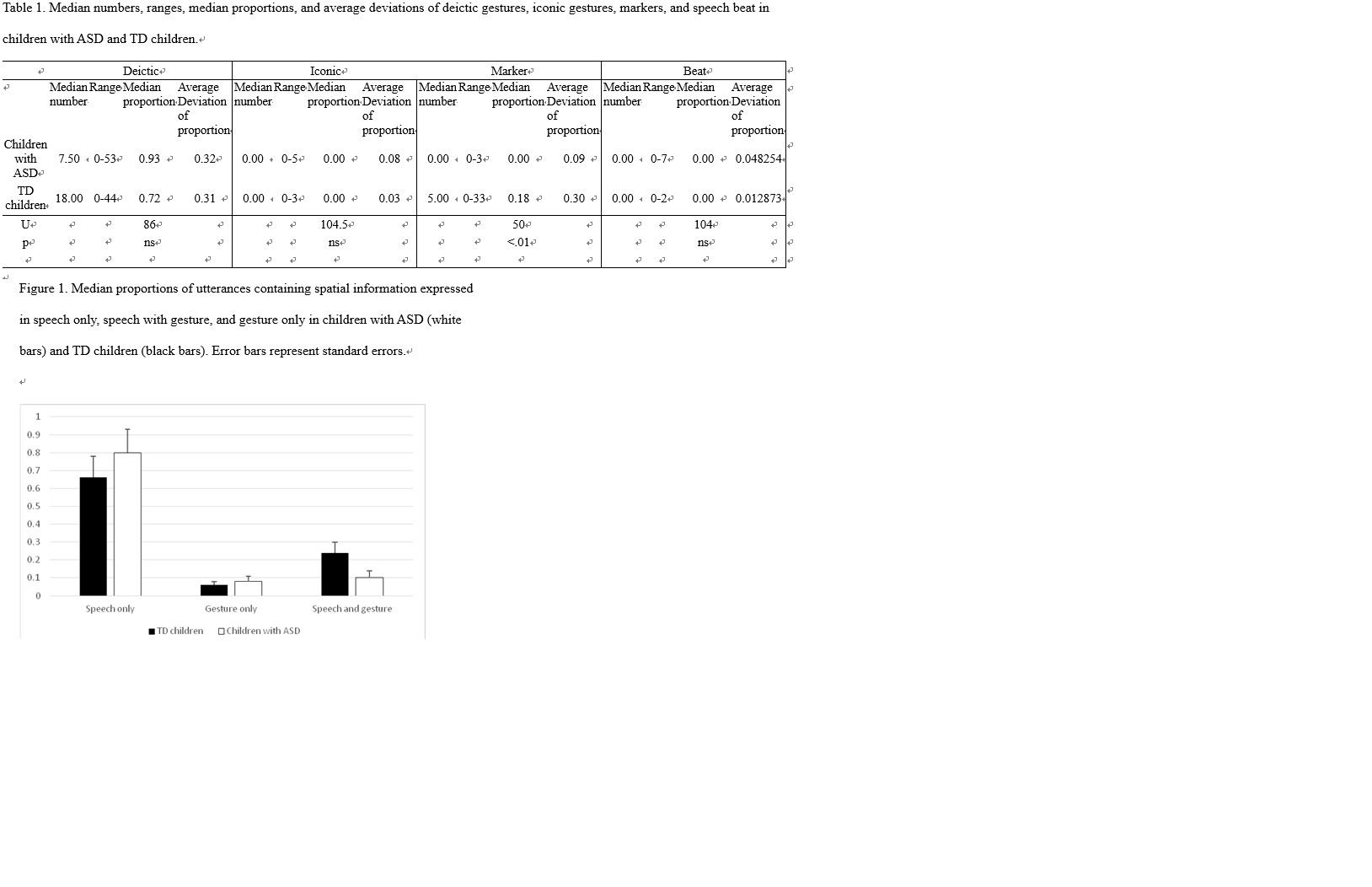