19390
Does Parental Input during Joint Attention Differ for TD Children and Children with ASD?

Joint attention (JA) occurs when two individuals focus simultaneously on a particular object—and know that each is included the interaction. JA has been reported to play a role in later language abilities in both typically developing (TD) children and children with ASD (Mundy et al., 1986; Tomasello & Farrar 1986). Previous research has found deficits in JA in children with ASD relative to their age- or language-matched TD peers (Mundy, Sigman, & Kasari, 1990; Lewy, & Dawson, 1992); moreover, parental input and responsivity have been found to be vital for the early facilitation of language for both TD children and children with ASD (Naigles 2013). However, little research has investigated parental linguistic input specifically during episodes of JA, and compared this across groups.

We investigate the speech of parents to their TD children or children with ASD during episodes of JA.

The sample includes 15 typically developing toddlers (TDMA = 19.82 months, 13 males) and 15 children with autism (ASDMA = 34.93 months, 12 males) who were matched on expressive vocabulary (MacArthur CDI) at Visit1. Children and their parents engaged in a 30-minute play session; the sessions were coded for each JA episode that was parent-initiated (i.e., RJA, with the child responding to parental bids). Parental language input measures included Mean Length of Utterance (MLU), Word Tokens, Noun Types, and Verb Types, adjusted as a function of the number of RJA episodes. Children were administered the ADOS-G to confirm diagnosis. Data are reported at 2 time points: 16 months apart.

Even controlling for the number of RJA episodes, parental input varies somewhat across groups. MLU, a measure of sentence complexity, especially varies with age and group.  When the full sample is coded, we expect that additional measures will show significant differences across groups.  It appears that parents of children with ASD may speak differently during episodes of  RJA than parents with TD children, which may account for some of the observed differences in children’s later language abilities. 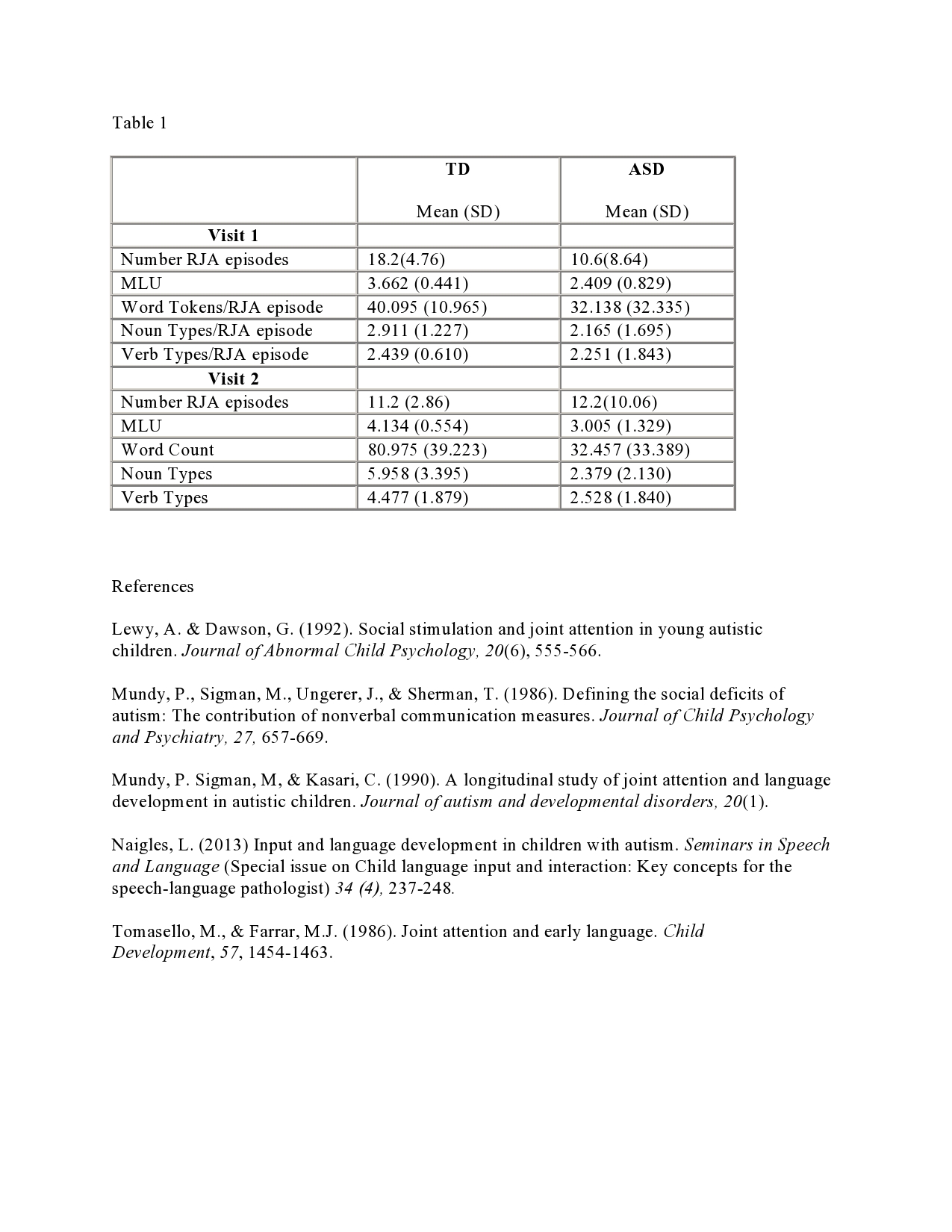