Conclusions: These data provide evidence of impairments in speech perception in individuals with ASD relative to individuals without ASD. Importantly, the strong correlation between performance on the McGurk paradigm and speech recognition rates suggests that the reduced ability to accurately perceive audiovisual speech may be due, in part, to a reduced ability to perceptually bind the auditory and visual components of speech. The concurrent lack of relationship between non-speech audiovisual binding and speech perception suggests that this effect may be specific to social-linguistic processing, reflecting the core symptomology of autism. Finally, no relationship was seen between visual-visual binding abilities and speech perception, implying that the differences between groups leading to reduced speech perception accuracies is specifically a multisensory issue. These data support the hypothesis that low-level differences in sensory perception, specifically perceptual binding, contribute to speech perception impairments. These effects are specific to speech, and specific to perceptual binding across sensory modalities. 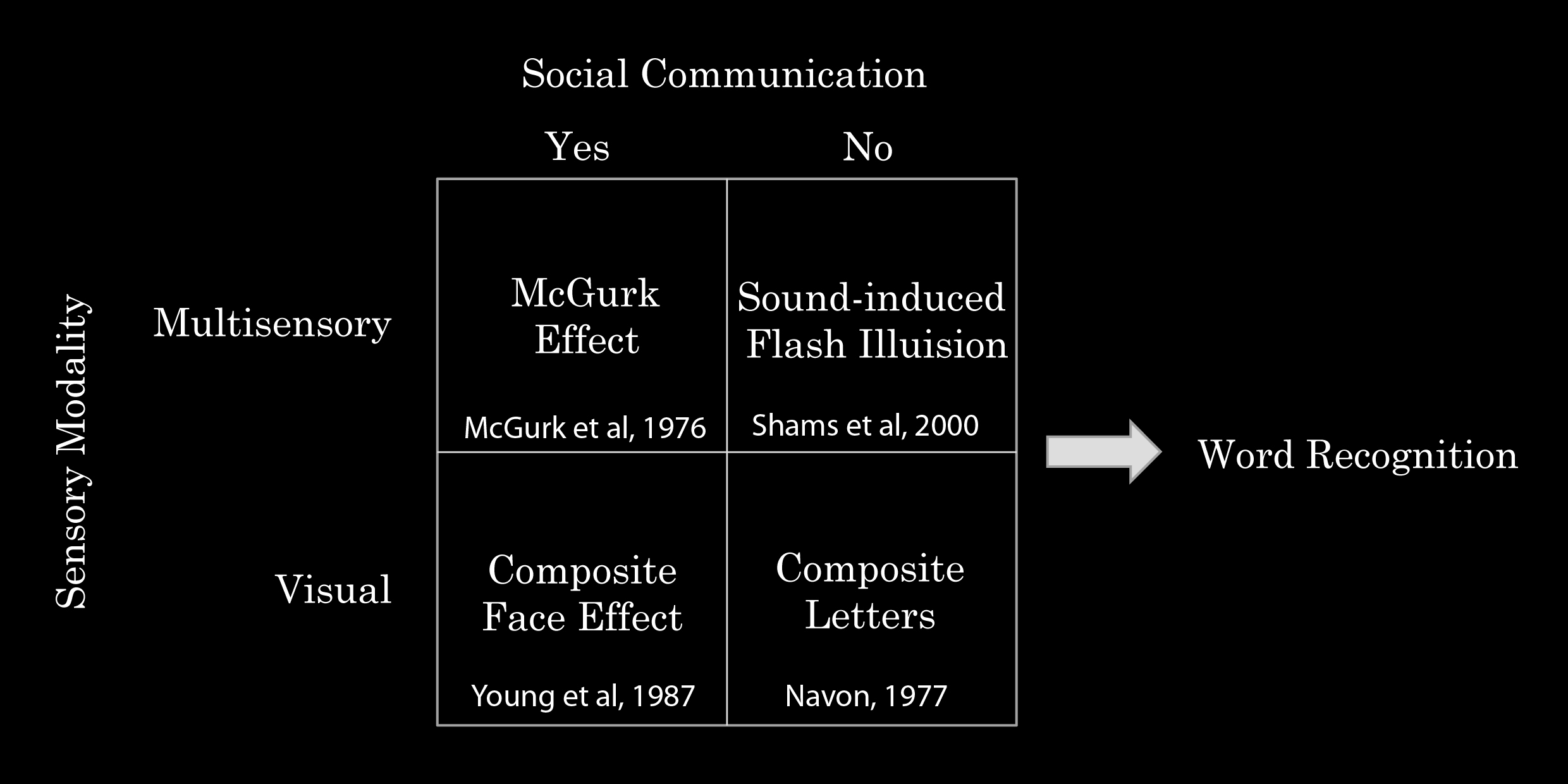