19658
Missing the Mark: Dynamic Differences in the Facial Expressions of Children with HFA

Methods:  Participants were 62 children (33 with HFA, 29 TD) aged 9-18.  We affixed 32 reflective markers to the face of each participant (see Figure) and asked them to mimic expressions (anger, disgust, fear, joy, sadness, surprise) from the Mind Reading corpus (Baron Cohen et al. 2002).   Marker movement was recorded by six infrared motion-capture cameras at 100 frames per second.  For analysis, we grouped markers according to facial features (e.g. three markers of the right eyebrow) and developed algorithms to analyze feature movement characteristics.  We used these data to calculate how well participants matched the temporal-spatial movement characteristics of the video model, and the divergence of movement patterns between the two participant groups.  We compared the relative movement intensity across face regions of the video model with the relative movement intensity across face regions of participants.  We also established time series vectors for the movement dynamics of participant expressions and computed the divergence of these vectors in the expressions of the HFA cohort compared to the TD control group.

Results:  In all expression types, participants with HFA significantly dampen the intensity differences between upper and lower face compared to the video model.  In contrast, TD participant reflect those natural across-face intensity differences accurately (p = 0.0005).  Participants with HFA also have greater left-right asymmetry than TD peers (p = .05).  Overall, the dynamic contours of facial expressions produced by children with HFA diverged significantly from those of their TD peers.  This difference was most pronounced in the regions of the eyes (p < .00001) and eyebrows (p < .00001).

Conclusions:  Children with HFA struggle to coordinate dynamic movement across different face regions, resulting in left-right asymmetry and inadequate variation of movement intensity between upper and lower face.  Children with HFA also diverge significantly from the natural dynamic contours of basic emotional facial expressions.  These dynamic facial movement and coordination difficulties might be causal to the often cited appearance of awkwardness in the non-verbal expressions of children with HFA. 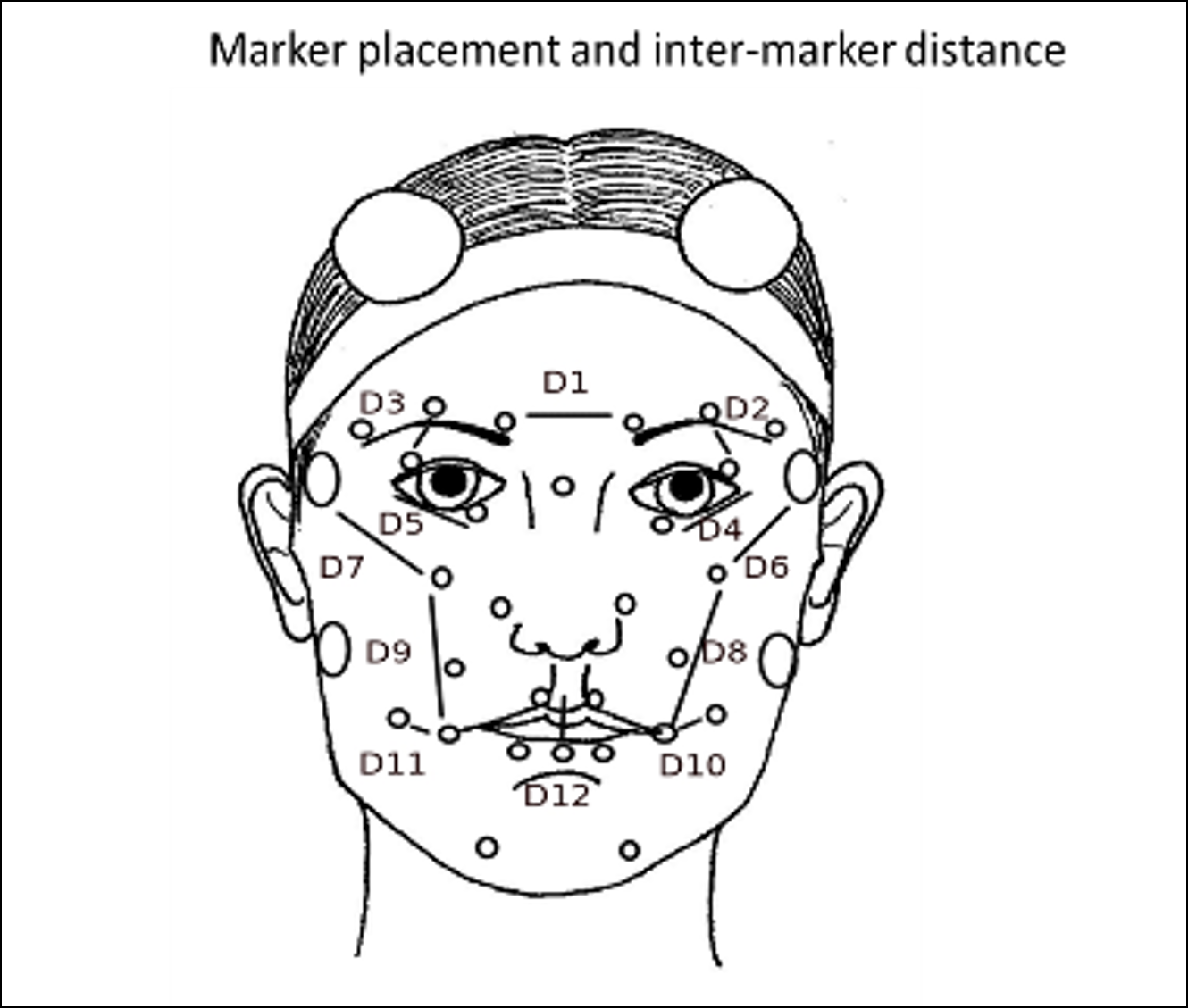