1) To assess differential regional and age-related expression in STS and PAC in postmortem human brains of TD and ASD. 2) To compare to previous miRNA ASD studies.

We found distinct regional and age-related changes of differentially expressed sncRNAs in TD in STS and PAC, which were significantly attenuated in ASD. This is in line with observations of regional attenuated mRNA expression in ASD brain (Voineagu et al, 2012, Ziats and Rennert, 2012). In addition, because genes function in coordinated networks, to characterize network alterations in ASD, we investigated the co-expression relationships of the age-related miRNAs in TD brains, based on similarity of expression profiles, and compared them to the ones in ASD. In TD, defined positive and negative co-expression clusters were identified, suggesting coordinate expression and/or regulation (Fig. 1). In contrast, ASD brains displayed significant deviations from this coordinated expression, thus potentially dysregulating a large number of downstream mRNA targets (Fig. 1).

Conclusions:  The combined effects of the differentially expressed sncRNA in ASD brains, likely contribute to aberrant development and function of STS and PAC and may contribute to core ASD symptoms including social dysfunction and communication. 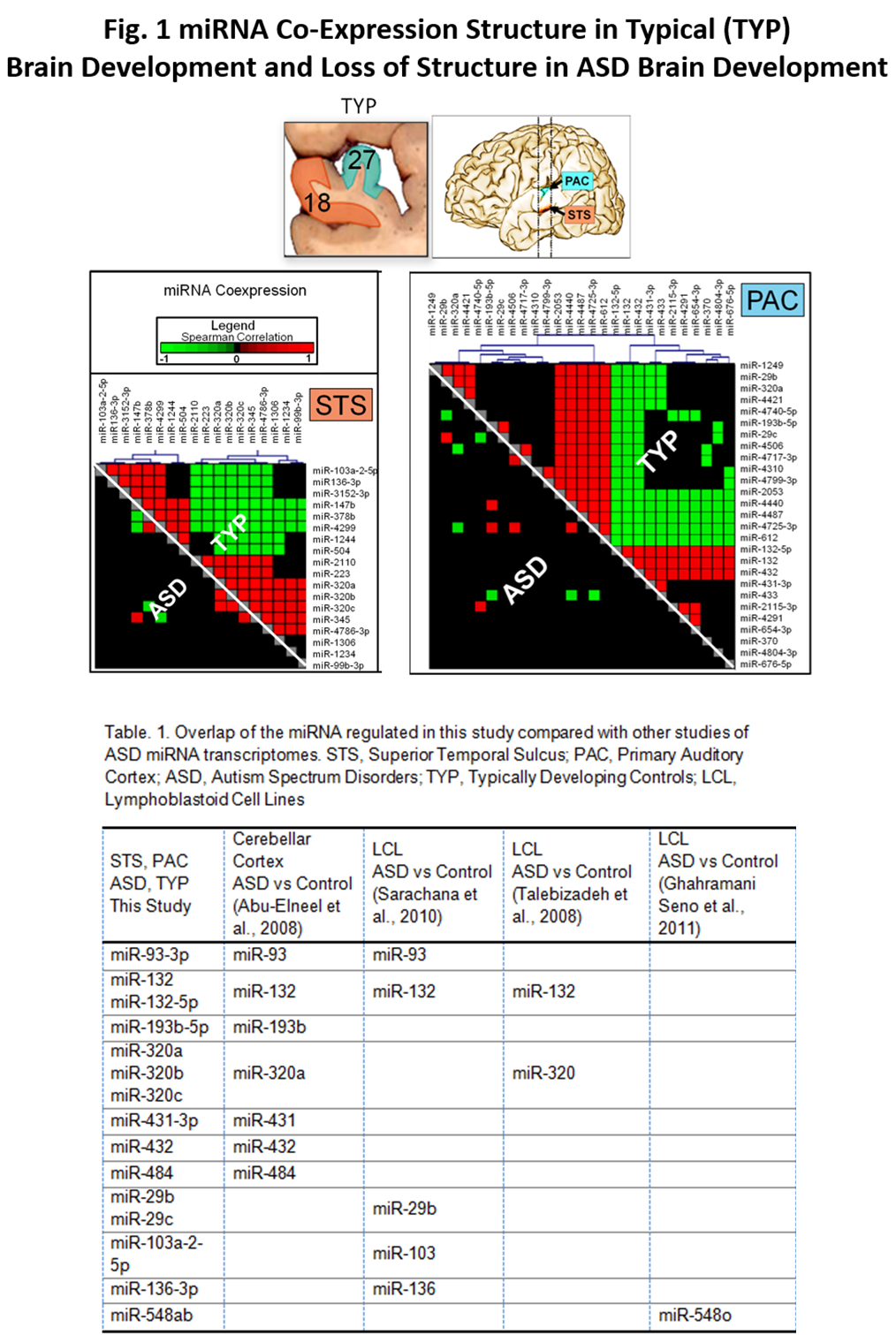