Objectives:  To test whether word learning can be facilitated by drawing attention to the mouth of a speaker by pointing (Experiment 1) or holding the object close to the mouth (Experiment 2).

Conclusions:  Manipulating social cues during object labeling had either detrimental (pointing to the speaker’s mouth) or facilitative (holding the target object near the mouth) effects on novel word learning. These findings have implications for refining language therapies for infants and children with emerging speech. 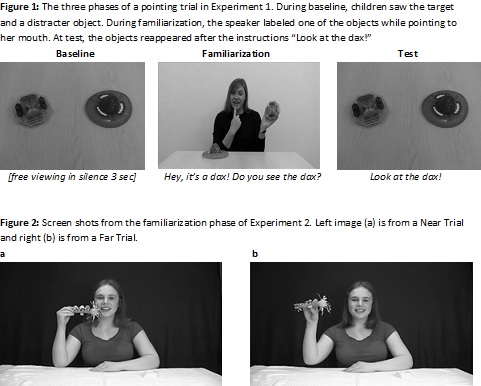