Objectives:  To compare pre-intervention characteristics and post-intervention outcomes for preschoolers with ASD in two demographically similar provinces with ASD service models differing in intensity, duration, and treatment methods. Distinct from the comprehensive EIBI model followed in New Brunswick (NB), the Nova Scotia (NS) program relies on Pivotal Response Treatment as its foundation, is less intensive, and of shorter duration.

Conclusions:  Developmental and behavioural changes over one year of preschool ASD intervention services were similar in two adjacent Canadian provinces, with mean gains of about .5 SD in adaptive behaviour in both groups. These results were observed despite different treatment and service delivery models, as well as significantly different pre-intervention characteristics of the children served. These findings contribute to literature suggesting that the common elements of ASD interventions have important effects that may outweigh differences between models. Implications for policy, including cost-effectiveness, will be discussed. 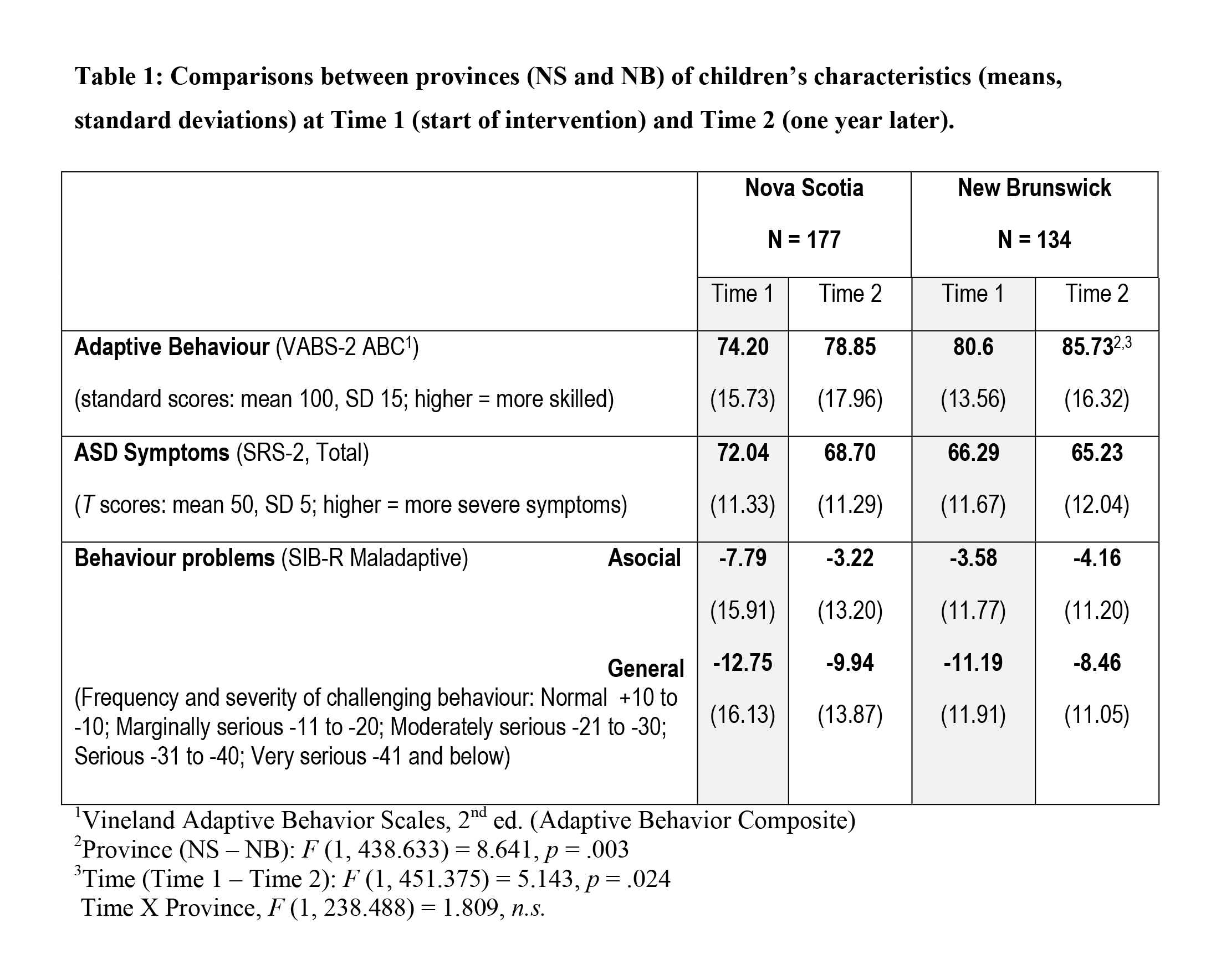