23650
Is the Latent Structure of Psychopathology the Same in ASD and Non-ASD Youths? Evidence from Multi-Group Invariance Testing

Golden Gate Ballroom (Marriott Marquis Hotel)
T. Rosen, C. Rodriguez-Seijas, K. Gadow, H. Kim, M. D. Lerner and N. Eaton, Stony Brook University, Stony Brook, NY
Background:  Psychiatric comorbidity within autism spectrum disorder (ASD) is highly prevalent, with rates surpassing those of the general population (Simonoff et al., 2008). Indeed, these comorbid conditions, rather than ASD itself, are often the presenting complaint for psychiatric evaluations in youths (Gadow et al., 2004). Currently, there is considerable interest in whether these comorbidities represent true co-occurring disorders, or whether they are a unique manifestation of ASD-specific symptoms (i.e., ASD epiphenomenon; Wood & Gadow, 2010). Research suggests that common psychiatric disorders co-occur at high rates by virtue of their associations with core transdiagnostic internalizing (mood and anxiety disorders) and externalizing (e.g., ADHD, ODD, and conduct disorder) factors (e.g., Eaton et al., 2015). However, no research has examined this transdiagnostic comorbidity framework in ASD youths or characterized the degree to which it differs between psychiatric referrals with and without an ASD diagnosis.

Objectives:  The primary purpose of this study was to examine the extent to which differences in symptoms of common mood, anxiety, and behavioral disorders among youths with ASD—when compared to psychiatric controls without ASD—might be explained by differences in latent transdiagnostic comorbidity factors.

Results:  Measurement invariance analyses suggested that latent transdiagnostic factors were comparable, such that the same symptoms related to each factor and had the same meaning (e.g., symptoms showed similar factor loadings) across groups. However, important group-specific differences in mean parent-rated social anxiety and ADHD symptomatology were observed (Table 1).

Conclusions:  These findings suggest that elevated symptomatology of common mood, anxiety, and behavioral disorders in ASD youths—when compared with their non-ASD counterparts—can be largely explained by differences at the latent transdiagnostic comorbidity level, and are not necessarily as a result of epiphenomena of the ASD diathesis. Exceptions to this rule, however, apply. A diagnosis of ASD was associated with elevated symptomatology for social anxiety and ADHD regardless of transdiagnostic factors levels. These findings may be explained in part by 1) the strong genetic overlap of ASD and ADHD (e.g., Rommelse et al., 2010), 2) social deficits of ASD that may make youths more vulnerable to social stressors and subsequent anxiety (e.g., Bellini, 2004) and 3) symptom overlap which leads parents to perceive greater social anxiety and ADHD symptoms in ASD youths. Therefore, while differences in internalizing and externalizing levels can explain the heightened comorbidity of psychiatric conditions seen in ASD youths, it appears that elevated symptomatology of social anxiety and ADHD specifically may also be partially understood as specific to the ASD diagnosis. 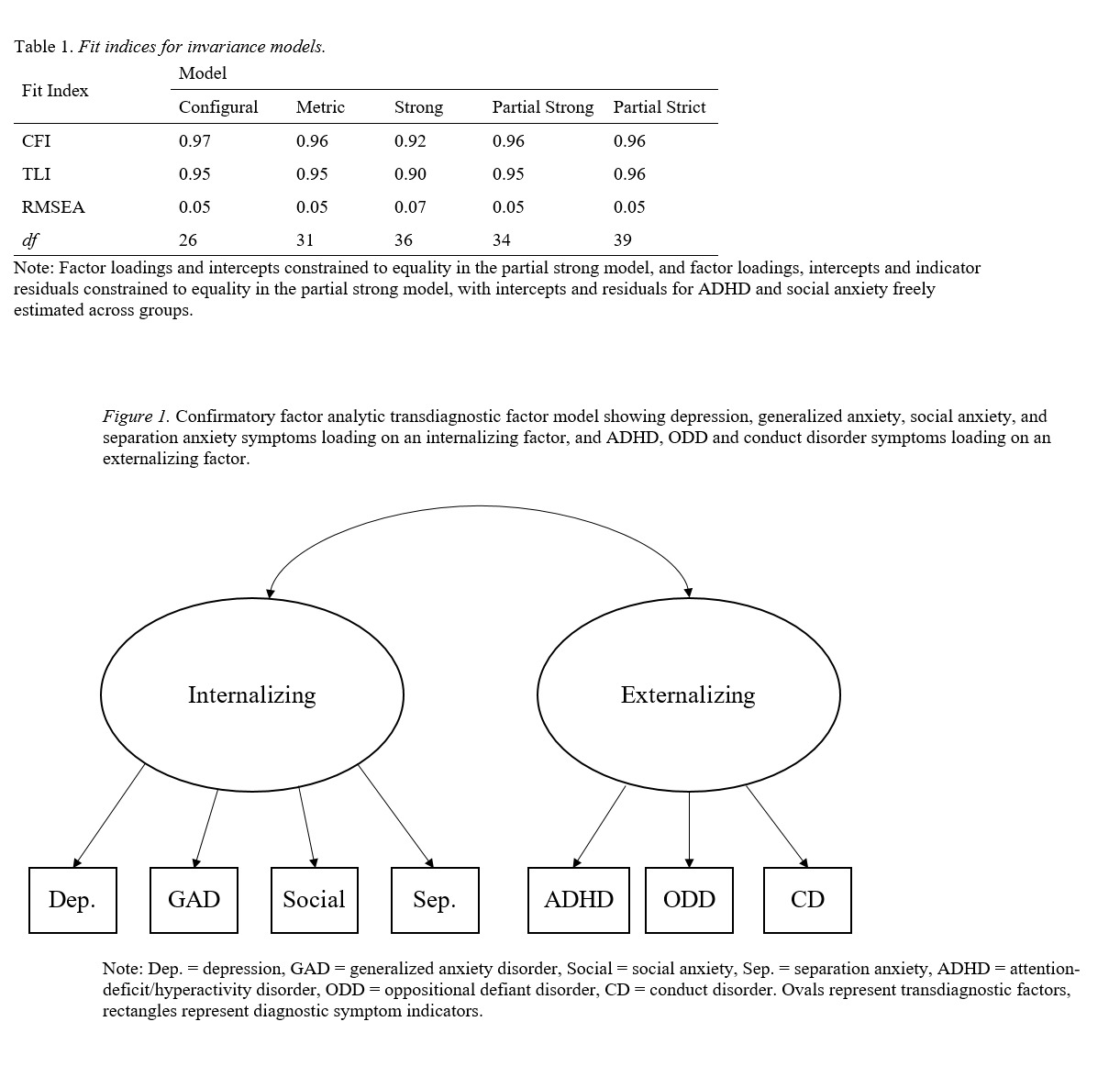