23698
Characterising the Relationship Between Anxiety, Executive Function, and Restricted and Repetitive Behaviours in Children and Adolescents with Autism Spectrum Disorder

Objectives: To characterise the relationship between anxiety, EF (impulse control and flexibility), and RRBs in children and adolescents with ASD, and explore possible mediators of RRBs.

Conclusions: Results indicate that children and adolescents with ASD who experience greater levels of anxiety display more RRBs, which was partially mediated by poor flexibility and set-shifting. One clinical implication may be that simultaneously targeting symptoms of anxiety and improving flexibility may help reduce RRBs in young people with ASD. Future research can determine whether findings may hold in a lower-functioning sample, and investigate gender differences. 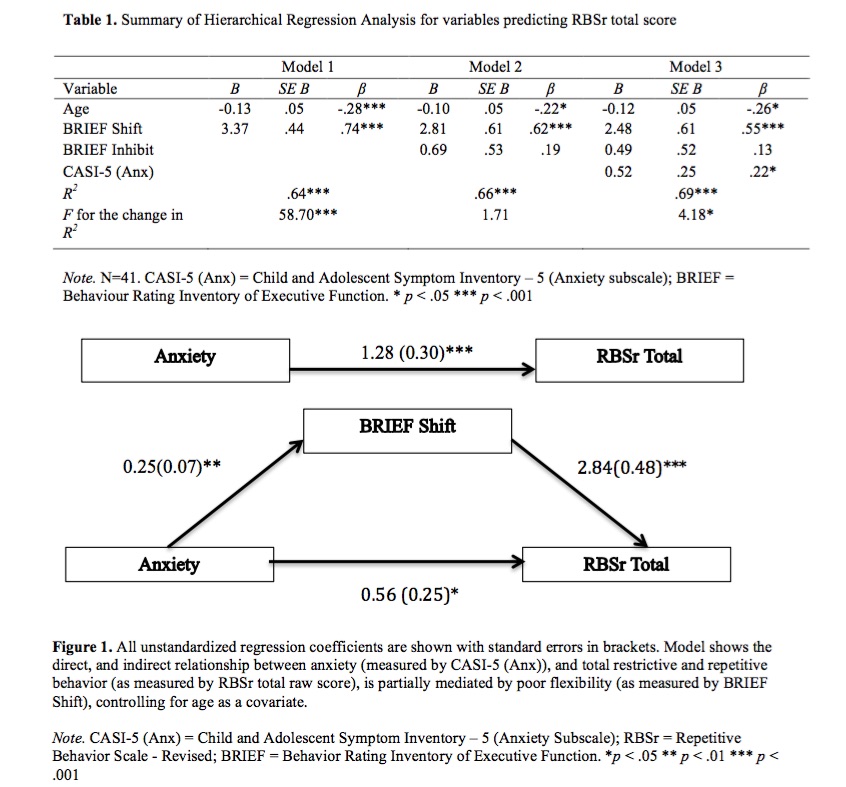