Golden Gate Ballroom (Marriott Marquis Hotel)
J. Neufeld1,2,3, C. T. Hsu2,3,4 and B. Chakrabarti3, (1)Center of Neurodevelopmental Disorders at Karolinska Institutet (KIND), Institutionen för kvinnors och barns hälsa (KBH), Karolinska Institutet, Stockholm, Sweden, (2)Centre for Integrative Neuroscience and Neurodynamics (CINN), University of Reading, Reading, United Kingdom, (3)School of Psychology and Clinical Language Sciences, University of Reading, Reading, United Kingdom, (4)Brain, Language, and Computation Lab, Department of Psychology, Pennsylvania State University, University Park, PA
Background: Autism Spectrum Disorders (ASD) are marked by difficulties in forming social bonds. It has been hypothesized that diminished motivation to attend social stimuli because they are not perceived as rewarding might be causal to the deficits in social cognition observed in ASD (Chevalier et al., 2012). Differential reward processing might further be linked to the deficits in spontaneous facial mimicry as widely reported in ASD. While people with low autistic traits have been shown to spontaneously mimic happy faces more if they were correlated with higher reward, individuals with high autistic traits did not show such differential mimicry (Sims et al., 2012). In a recent study we further found that reward value impacts on mimicry-related neural response and that autistic traits modulate this impact in neurotypical individuals (Sims et al., 2014). However, this relationship has not yet been tested within a clinical sample.

Objectives: In this study, we investigate whether the learnt reward value of faces impacts mimicry-related neural response in people with Autism similarly as in typically developing (TD) controls.

Methods: 26 adults with ASD and 25 neurotypical adults, matched for age, gender, and IQ took part in this experiment. Neutral faces were conditioned with high and low reward value outside the scanner where participants won money during a virtual card game in the presence of some faces (high reward) and lost money in the presence of other faces (low reward) (similar to Sims et al., 2012). Subsequently, participants passively viewed videos of the conditioned faces (high vs low reward) smiling at them in a 3T fMRI scanner. Differential BOLD response to high vs low reward faces in the inferior frontal gyrus (IFG) as indicator of mimicry-related response (cluster identified through an independent meta-analysis of mimicry (Caspers et al., 2010)) was tested for group differences. Further, individual differences in this contrast [high>low reward faces] was tested for an association with self-reported autistic traits as measured by Autism Spectrum Quotient (AQ).

Conclusions: Our results suggest that for individuals with ASD and high autistic traits mimicry-related brain response to smiling faces is less modulated by learned reward value when compared to TD controls. The result suggest that the translation of liking to increased spontaneous imitation might be reduced in people with ASD. Further, another previous study from our lab showed that being imitated by a face lead to less VS activity in people with ASD as compared to controls (under revision), indicating that the link between reward and mimicry is affected in both directions in ASD. The latter could be a potential mechanism underlying difficulties in building social rapport. 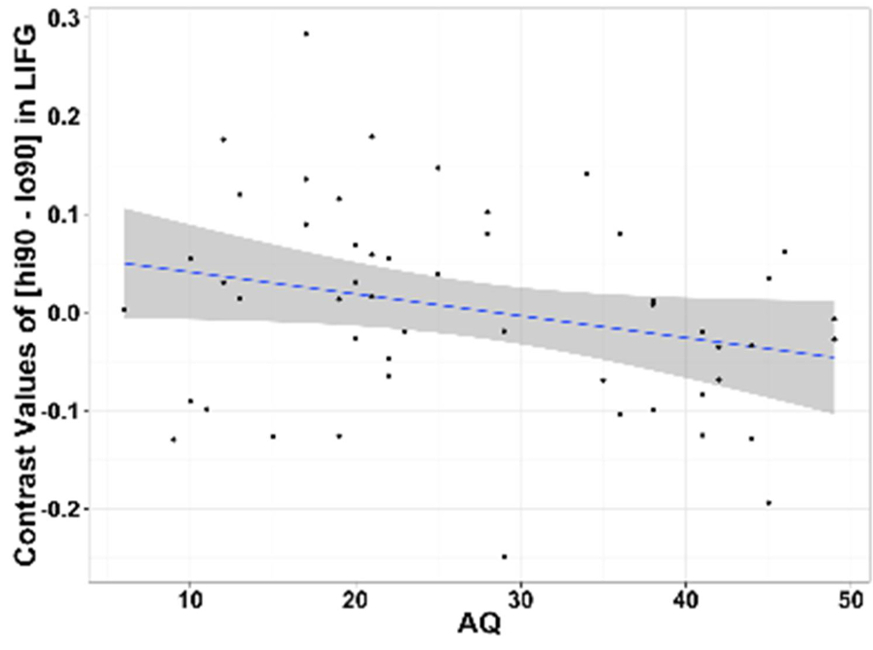