Objectives: This study examined whether frontal HA in ASD is a correlate of co-occurring anxiety and a predictor of anxiety-related improvements in response to a SSI.

Conclusions: Overall, our findings suggest that frontal HA is a useful marker of anxiety in youth with ASD, as evidenced across multiple measures of anxiety symptomatology. Importantly, individual differences in frontal HA predicted improvements in anxiety symptomatology following the SSI; this pattern was especially pronounced for social anxiety in new situations, which is consistent with the social approach model of HA (Lopez-Duran et al., 2012). These results suggest that frontal HA could be important for parsing the heterogeneity in comorbid anxiety in individuals with ASD, and predicting who may show the greatest anxiety-related response to treatment. 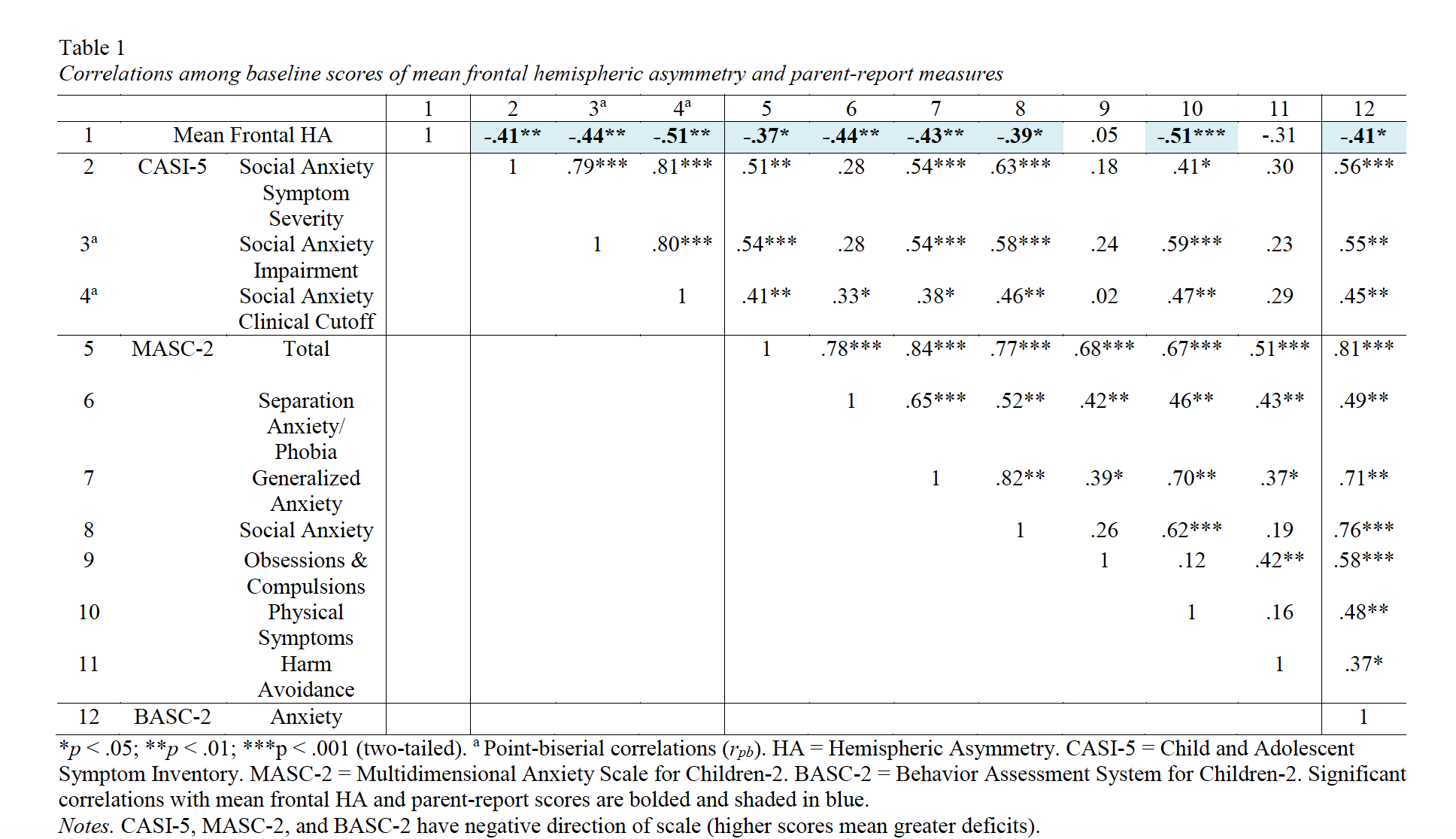