Caregivers of children with developmental disabilities experience significantly greater stress than parents of typically developing children (Baker et al., 2003). These challenges have been thought to be even greater for ethnic minority parents who face additional difficulties related to socioeconomic status, access to health care and information, and language barriers. However, in previous studies Latino parents have self-reported less family burden than Black and non-Latino White parents (Biel et al., 2015).

Participants in the current study were 103 parents of children diagnosed with ASD (n=33) or ADHD (n=70) who were participating in a larger study comparing two interventions for executive dysfunction. Participants were drawn from Title I eligible schools in the Washington, D.C. area, which resulted in an ethnically and socioeconomically diverse sample (Table 1). White caregivers reported significantly higher levels of income and education than Black and Latino caregivers.

No significant differences by race/ethnicity were found for the CSQ-7.

Studies have shown that although Latino parents report high levels of problem behaviors in their children, they perceive less impact of these problems on family burden. Consistent with these findings, Latino parents of children in this study did not report greater caregiver strain than parents of other racial/ethnic backgrounds. Moreover, Latino caregivers of children rated themselves higher on measures of parenting competence. Of note, many Latino parents chose to complete the measures verbally. Thus, their higher ratings of parenting competence may reflect pressure to provide socially-desirable responses. Future studies need to clarify this increased confidence in parenting abilities among Latinos and how it relates to seeking and accepting services. 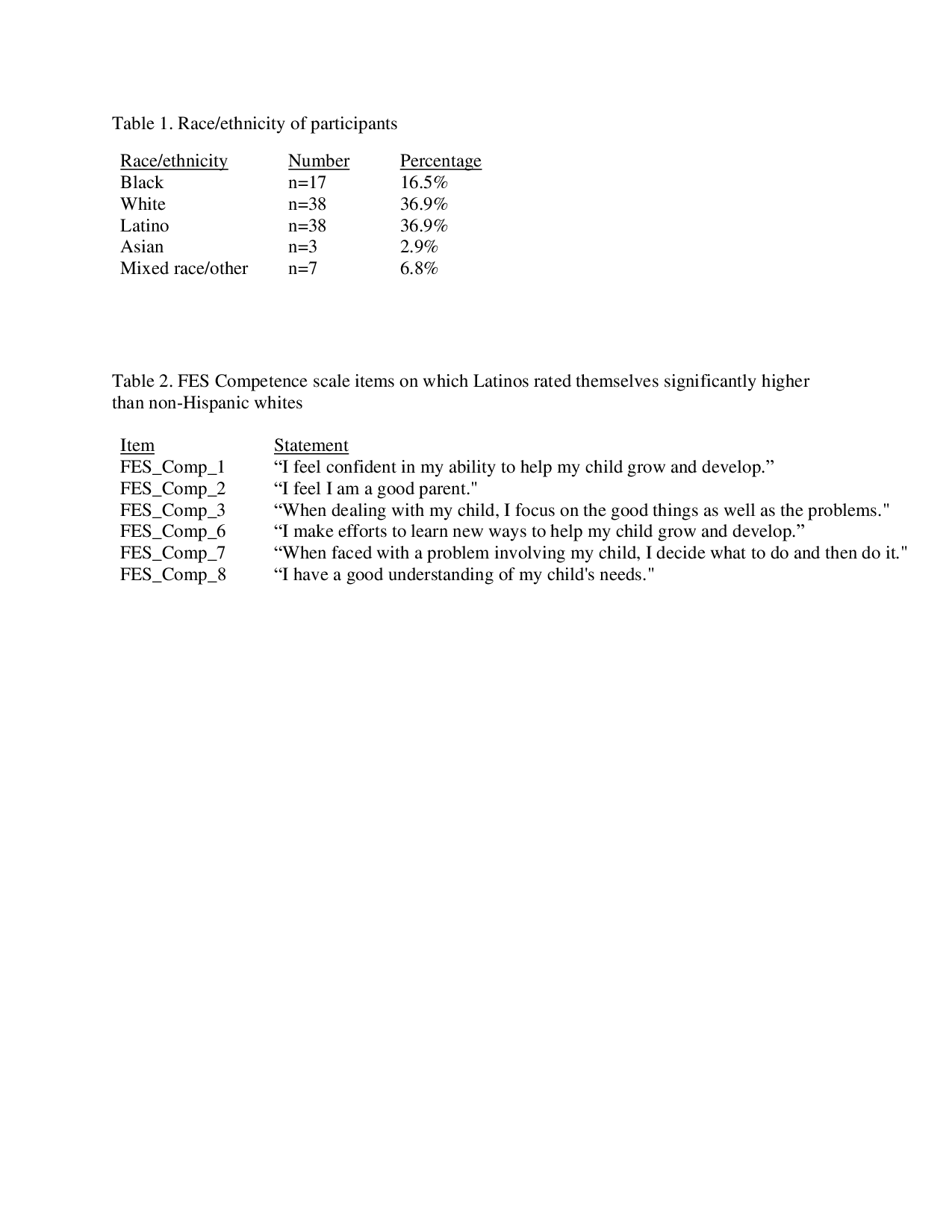