Conclusions:  This study supports the clinical value of the PACT intervention. It advances previous work by showing for the first time that a theoretically derived, developmentally targeted early intervention can have a sustained effect on autism symptom outcomes nearly 6 years after the end of treatment in a randomised trial. Such a sustained effect after time-limited intervention has implications for developmental theory and further research is needed to elucidate the developmental mechanisms. Strengths are the pre-specified ITT analysis on standard blinded outcomes and nearly 80% follow-up of one of the largest autism treatment cohorts. We cannot be sure how the results would generalized to milder autism spectrum disorder. 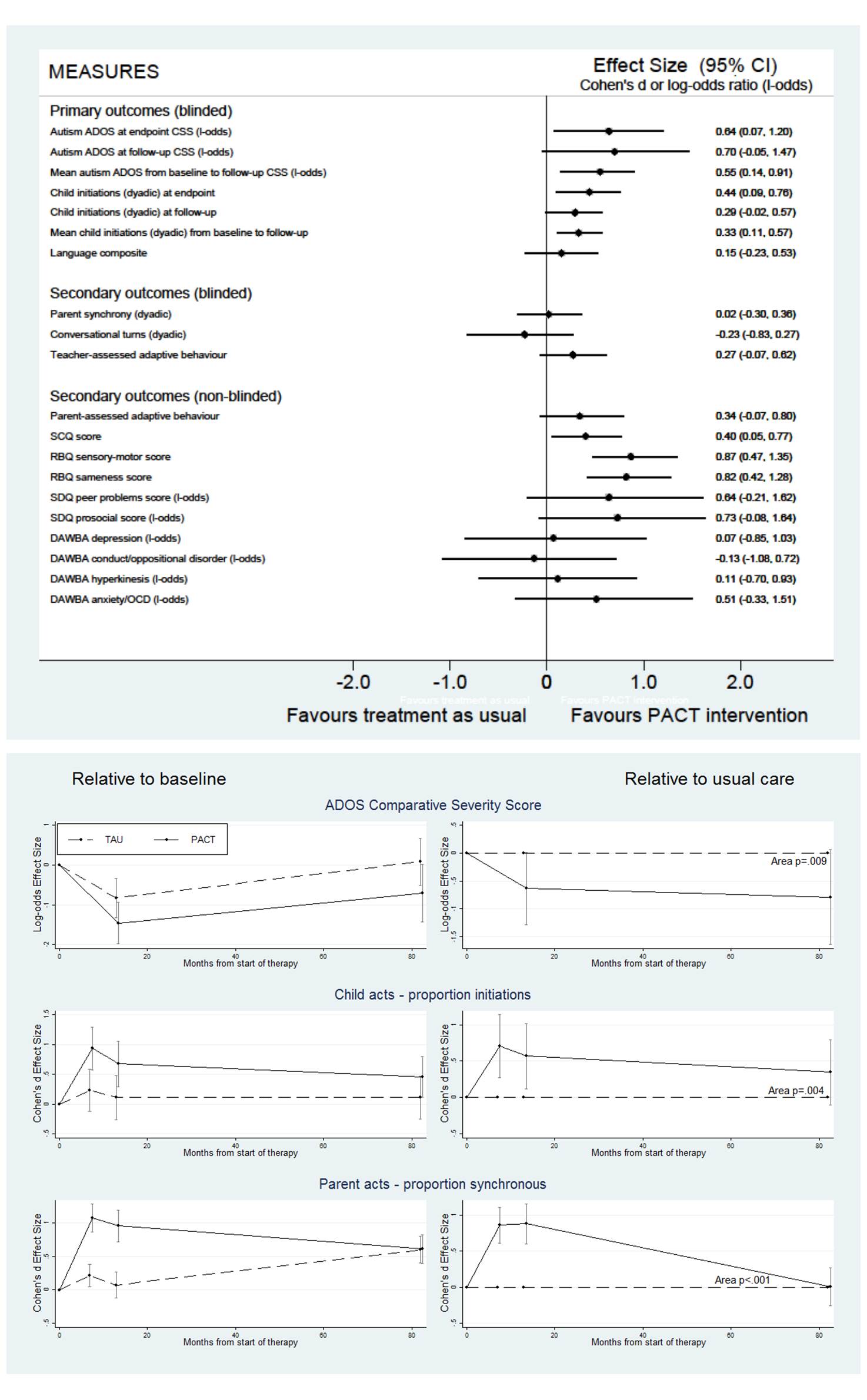