24478
The Association Between Theory of Mind, Executive Function and the Symptoms of Autism Spectrum Disorder

Many dominant theories of autism spectrum disorder (ASD) assert that atypical cognitive processes contribute to the expression of observed autistic symptoms. In particular, it is proposed that theory of mind (ToM) impairments relate to the expression of social and communication difficulties, and that poor executive functions associate with the presence of restricted and repetitive behaviours (RRBs). However, experimental evidence is mixed and comprehensive investigation has been limited by small and unrepresentative sample sizes and the absence of wide-ranging task batteries. Further, most previous research has focussed on a cognitive domain in isolation, meaning broader conclusions about the pattern of cognition-behaviour associations cannot be drawn.

We used structural equation modelling (SEM) as a parsimonious and statistically robust way of exploring the associations between ToM and executive function and parent-reported measures of social communication and RRBs.

Our data suggest ToM ability, but not EF, is related to autistic symptom expression in adolescents with ASD. This suggests that the previously held theoretical position that ToM is not relevant to RRBs needs reconsidering. 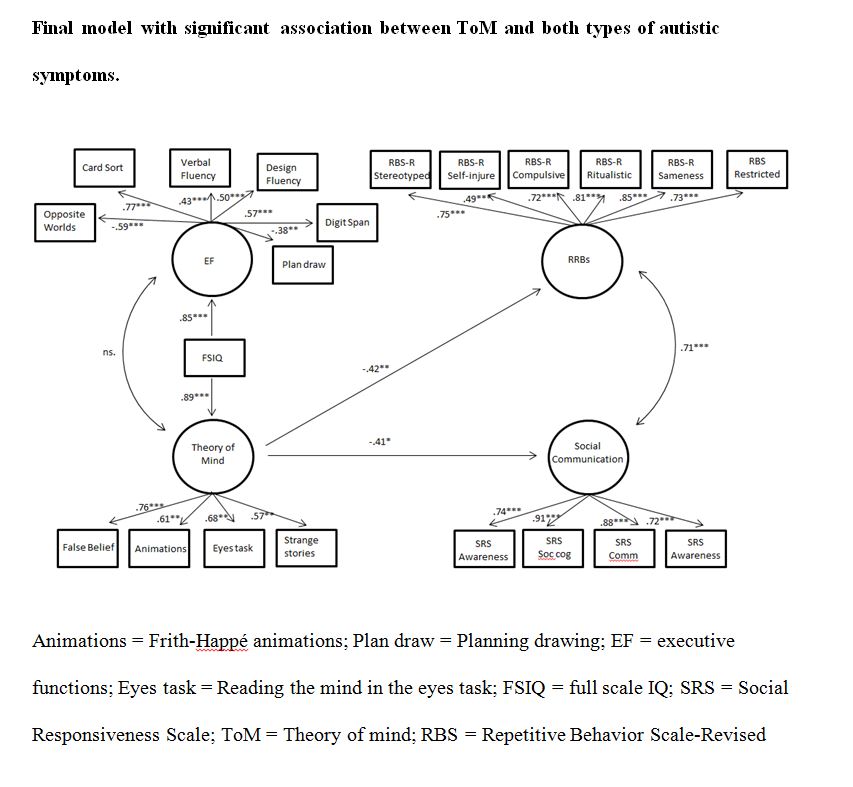