Objectives: To use social networks techniques to measure collaboration for children with ASD.

Methods: Participants were 6 children with ASD from families with incomes below the poverty line who were transitioning to a new school: 3 children transitioning from middle to high school, 2 from elementary to middle and 1 from pre-school to kindergarten. We used a three stage snowball process to identify individuals involved during the pre-transition period. This process yielded 59 key people, from which we recruited 42. The Social Dynamics of Intervention (SoDI) survey tool was conducted at the end of the school year before the transition to the new school.

Conclusions: On average, parents did not identify 52% of the people identified as essential. This suggests that parents did not rely on many of their child’s everyday providers. With the exception of one team, none or few people from the post transition context were involved with the child’s team during the pre-transition period. Network findings suggest that parents relied on other team members more than other team members relied on them for support of the child’s everyday interventions. Only one parent emerged as a leader among team members. 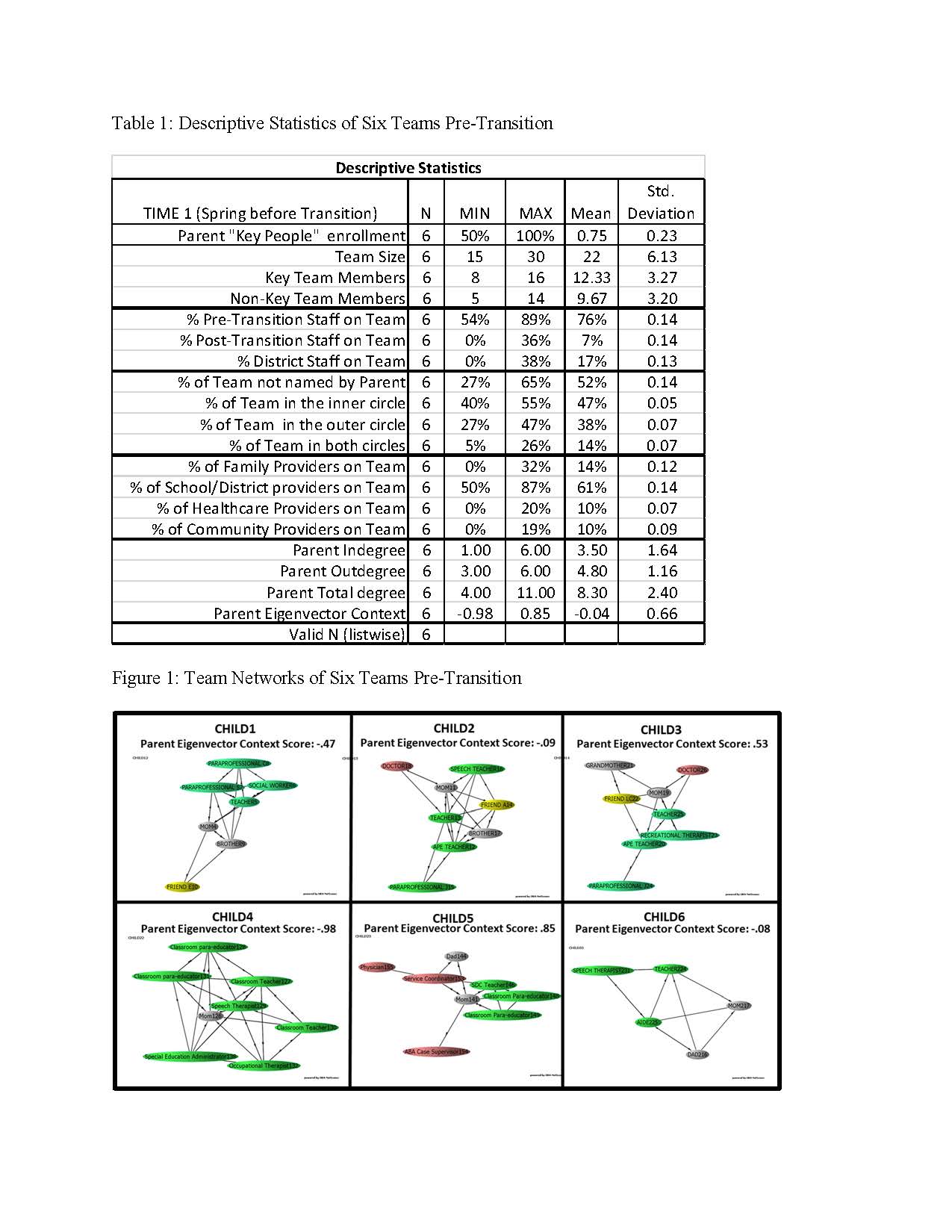