The aims of this study were to both determine the feasibility of social scene eye tracking and pupillometry measures in individuals with AS and to compare the performance of AS participants to individuals with idiopathic Autism Spectrum Disorder (ASD) and typically developing controls (TDC).

Compared to TDC, AS subjects demonstrated significantly less preference for social scenes than geometric shapes. Additionally, AS subjects did not show increased pupil dilation, compared to TDC, when viewing social scenes versus geometric shapes. There was no significant difference found between AS and ASD subjects in either social eye tracking or pupillometry.

This study is the first to demonstrate the feasibility of successful eye tracking in AS. Individuals with AS demonstrated both a lower preference for social stimuli than TDC. The use of eye tracking and pupillometry may represent an innovative measure for quantifying AS-associated impairments in social salience. 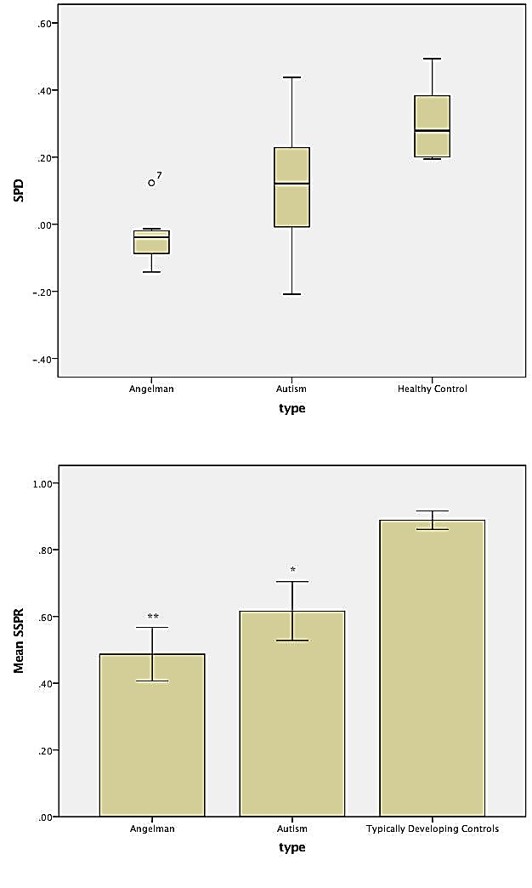