Objectives: This study aimed to (i) evaluate an event related potentials (ERP) index of surround suppression in adults with ASD and schizophrenia and (ii) examine transdiagnostic associations between neural response and social and perceptual difficulties.

Conclusions: Here, we show evidence for surround suppression in both ASD and SCZ in the N1 response to parallel versus perpendicular surround that does not differ by diagnostic category. Instead, strength of suppression mechanisms related to perceptual delusional beliefs and behavioral experience with sensory stimuli, transdiagnostically. These findings support a dimensional (RDoC) approach to understanding the extent and impact of excitatory/inhibitory imbalance in ASD and related disorders. 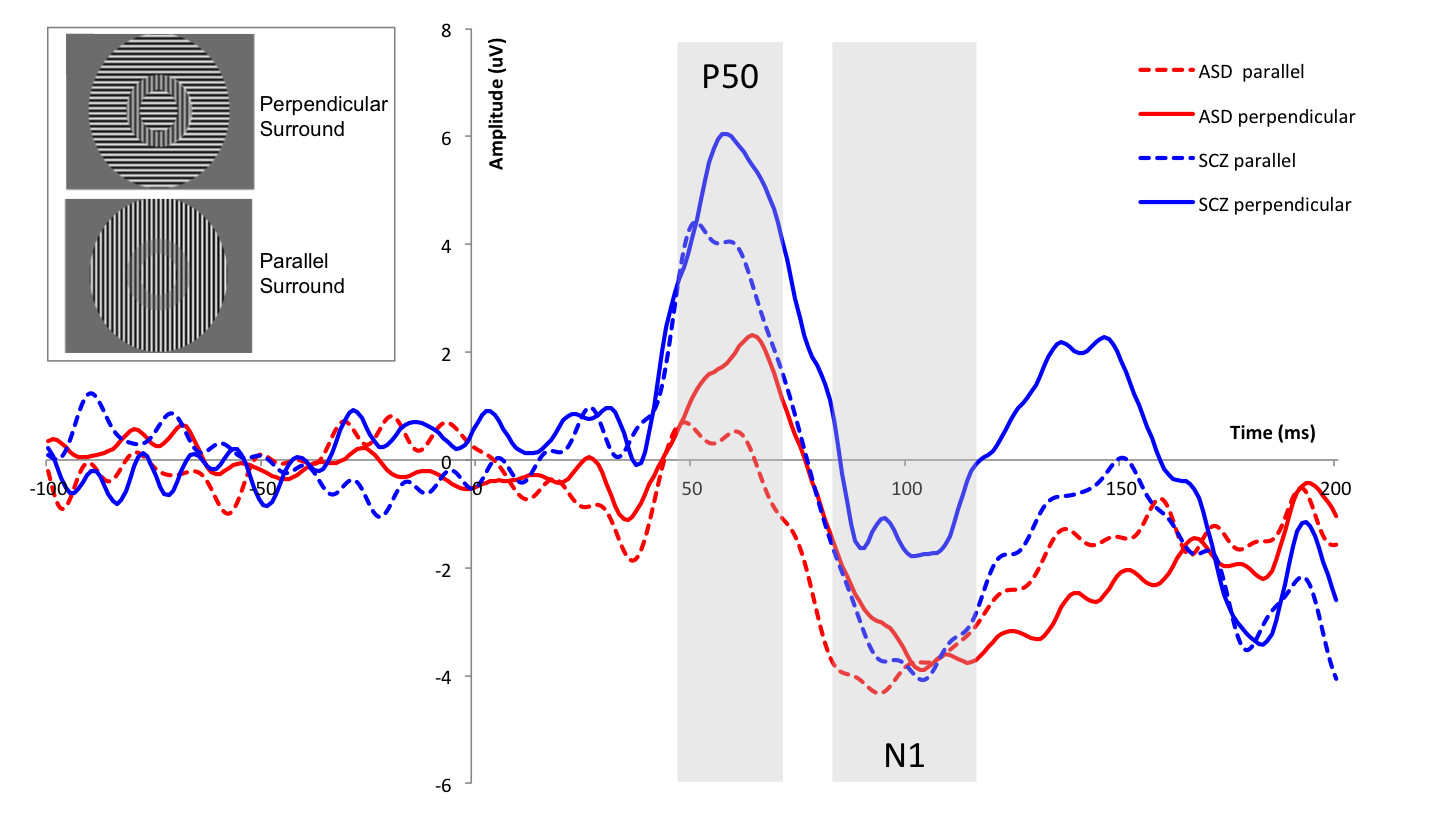