To investigate the potential link between autistic trait level and the bandwidth of visual spatial channels.

38 participants completed the study, which involved two visual tasks and completing the AQ. Both tasks were presented in a standard two-interval forced choice paradigm. Task 1 was a contrast detection task, which measured the thresholds (i.e. minimum contrast) for detecting a sinusoidal variation in luminance (Gabor patch) centred at three spatial frequencies (SFs): 0.5, 1, and 2 cycles per degree(cpd). In task 2, participants were asked to detect a 1-cpd target stimulus in the presence of three different masks (0.5-, 1-, and 2-cpd) – whilst the mask contrast was held constant (10x detection), the target stimulus contrast was adjusted to measure thresholds. The size of the mask varied with SF to counteract stimulus spatial bandwidth differences. A ratio of the thresholds (masked vs. unmasked) for the target stimulus was calculated to estimate the SF processing bandwidth at 1-cpd. 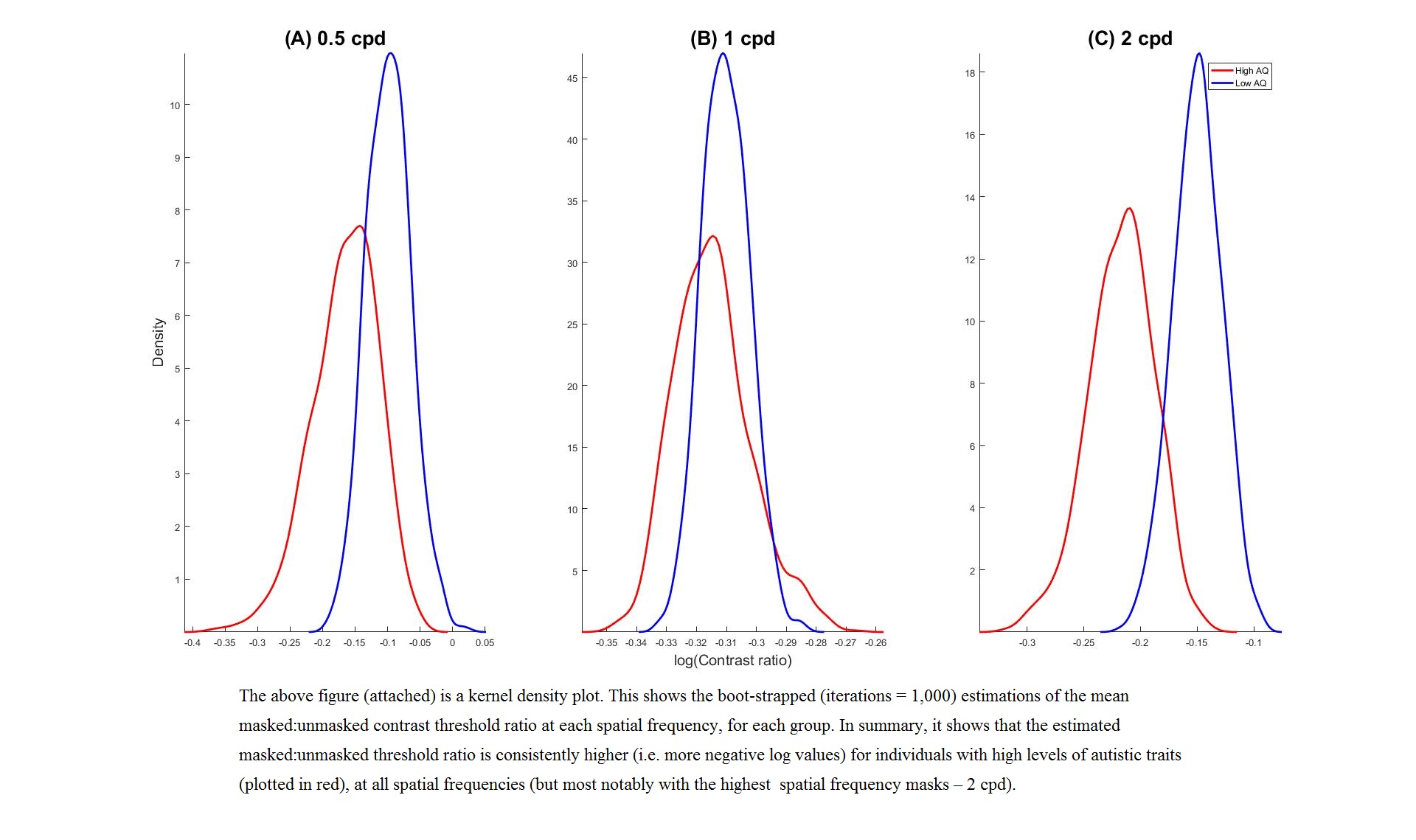