Results: There were statistically significant differences over time for IQ, F(2,146) = 43.4, p<0.001; follow up t-tests found IQ at 23 years to be significantly higher than at 12 years (p<0.001) or 16 years (p<0.001). General adaptive behaviour composite scores were significantly higher at 23 years as measured using the ABAS than at 12 years as measured using the VABS (t(110) = 15.28, p<0.001). Total SDQ scores also varied significantly over time F(2,146) = 31.3, p<0.001; follow up t-tests found total SDQ score at 16 years (p<0.001) and 23 years (p<0.001) to be significantly lower than at 12 years. We are currently conducting multivariate analyses to examine the following questions: (1) using latent growth models to test the childhood predictors of young adult outcomes; and (2) using latent class analysis (LCA) approaches to examine individual trajectories over time. Finally, we will use a statistical weighting procedure to report estimates weighted back to the epidemiological sample from which the cohort was drawn.

Conclusions: In common with previously reported clinically-ascertained samples followed into adulthood, in the SNAP prevalence sample we found some evidence of improvements over time in intellectual ability and adaptive functioning and a reduction in mental health problems, at least as assessed by the SDQ screener. Some caution is required, in part because of the different measures used to assess IQ and adaptive behaviour over time and the developmental appropriateness of the SDQ in young adults. Adult outcomes in the population of individuals with ASD are highly variable and understanding more about mid-childhood predictors of young adult outcomes may help us clarify appropriate targets for intervention and support. 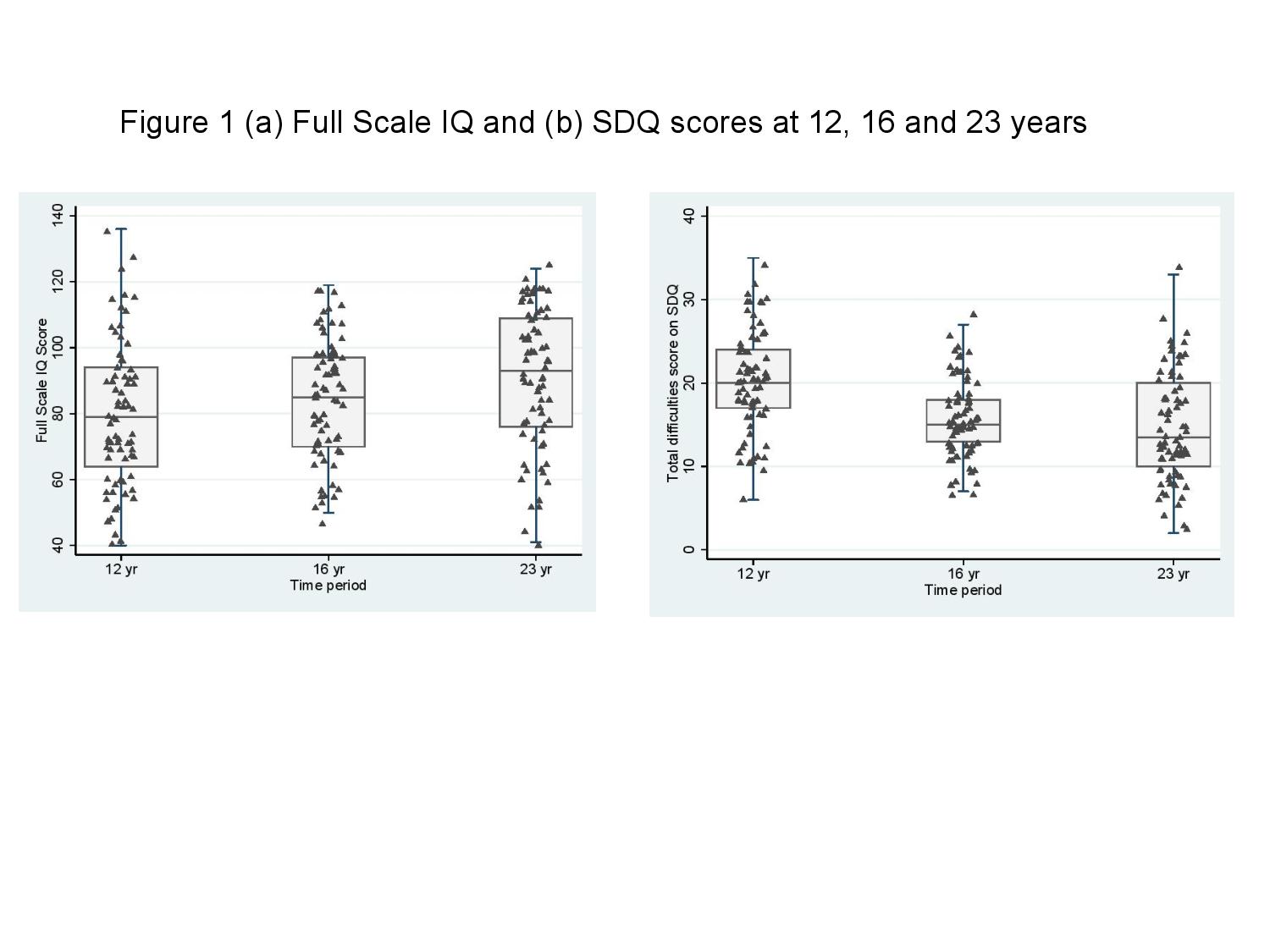