Objectives: In this study in adults with ASD, we investigated changes using eye-tracking changes in gaze perception induced by rTMS stimulation of the right STS.

Methods: Seventeen adults with ASD (mean age = 22.4 ± 2.3) participated in the study. ASD diagnosis was based on DSM IV-R and ADI-R criteria. All subjects underwent a structural MRI for a precise localization of the stimulation target for each individual. Subjects underwent both sham stimulation and excitatory rTMS delivered over the right posterior STS (mean Talairach coordinates: 50 -53 15). The rTMS stimulation was delivered following protocol described by Huang et al., 2005. Stimulation was delivered in 2sec trains every 10sec, a total of 190sec (600 pulses), with an intensity of 90% of the active motor threshold. Fixations to the eyes were measured with a Tobii-120 eye-tracker during passive visualization of social movies at baseline, at 3 time-points (1min, 6min and 12min) after sham and at 3 time-points after TMS (1min, 6min and 12min). Eye-tracking data was processed with Tobii-Studio® software. Individual analysis was performed a posteriori in order to detect individual patterns of response, with a threshold of 12% increase or decrease.

Conclusions: This study shows the feasibility of a TMS protocol in participants with ASD. Preliminary results show that, in line with the heterogeneity of autism itself, response to the TMS varies among individuals. Such heterogeneity could be linked to differences in the lasting effects of the TMS in ASD, as described in previous research (Oberman et al, 2012). A further study will address this issue in the perspective to use TMS as new therapeutic strategy in autism. 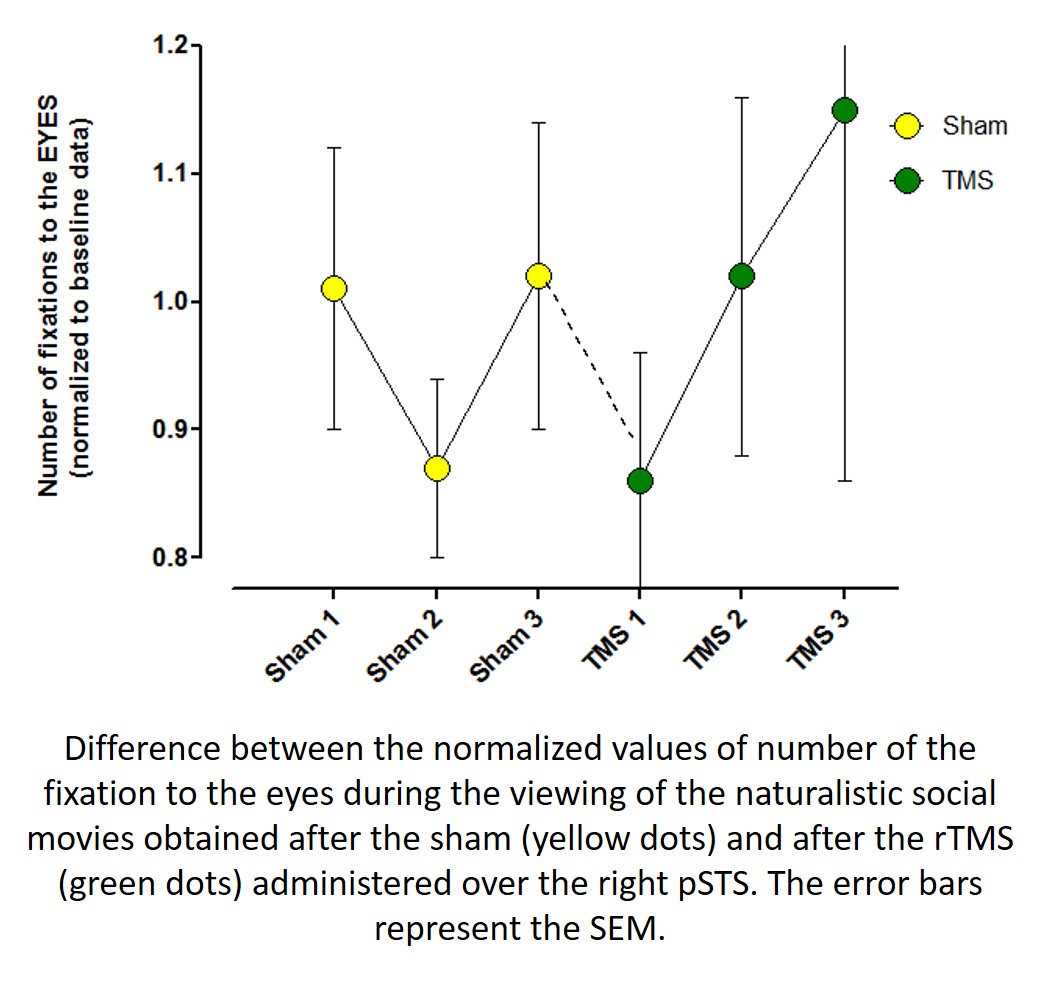