Golden Gate Ballroom (Marriott Marquis Hotel)
E. Hilvert1 and D. Davidson2, (1)Loyola University, Chicago, IL, (2)Loyola University Chicago, Chicago, IL
Background:  Although theory of mind (ToM) impairments in children with Autism Spectrum Disorder (ASD) have been widely researched, the developmental trajectory of these skills is unclear. Research has indicated that ToM ability in children with ASD may follow a similar course of development, but at a slower rate compared to neurotypical (NT) children (Steel et al., 2003). However, there is evidence that children with ASD may have a unique trajectory where skills progress in a different sequence (Peterson et al., 2012) or even plateau (Ozonoff & McEvoy, 1994). These conflicting findings may be due to variance in children’s linguistic abilities and task complexity.

Objectives:  Using the Developmental Trajectory approach (Thomas et al., 2009), we sought to understand (1) whether differences in performance on a range of ToM skills (first-order to higher-order) between children with and without ASD are due to a delay in onset and/or a difference in the rate of development, and (2) whether these mentalizing abilities are better explained by age or language ability. 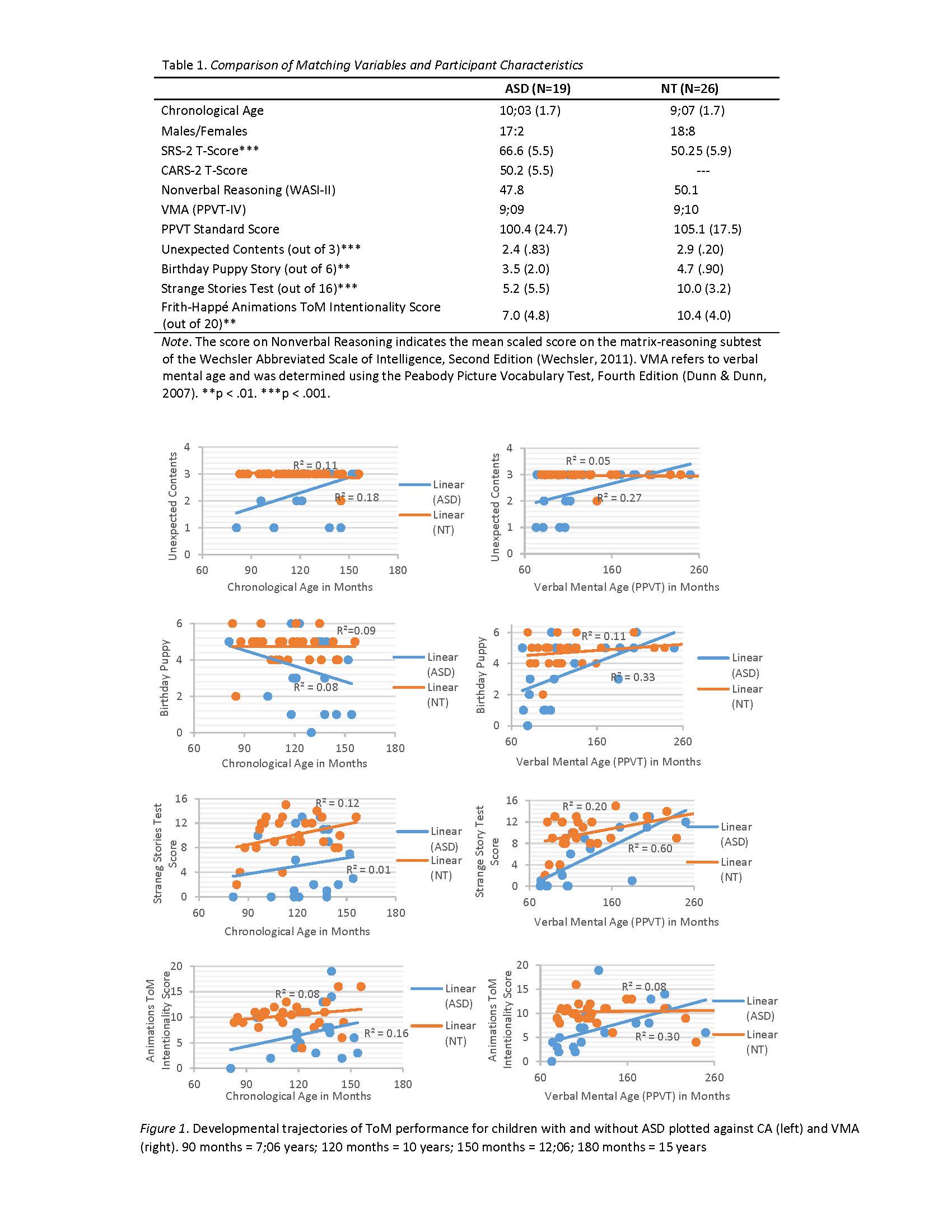