Objectives: Currently, ASD is diagnosed behaviorally at two years of age; however, existing interventions are most effective the earlier they are begun. Biomarkers for ASD at birth are largely unknown and would facilitate earlier diagnosis and more effective treatment. We performed this study to identify DNA methylation biomarkers predictive of ASD diagnosis by age three.

Methods: The MARBLES (Markers of Autism Risk in Babies - Learning Early Signs) prospective study is an enriched risk cohort that enrolls couples who have already had a child with ASD and follows their subsequent pregnancy. We investigated human umbilical cord blood samples from the MARBLES study by whole-genome bisulfite sequencing (WGBS) and expression microarray (n= 26 TD, 26 ASD).

Conclusions: Global hypomethylation in ASD cord blood suggests a methylation deficiency in ASD during perinatal life, which could be a cumulative effect of genetic variants, environmental exposures, and/or shortage in methyl donors. Identified DMRs are relevant to ASD and have potential as a diagnostic tool. In future studies, methylation will be examined in relation to demographic, genetic, environmental, and nutritional information collected in the MARBLES study. These results are expected to improve understanding of perinatal factors in ASD etiology and aid in future preventative and therapeutic treatments. 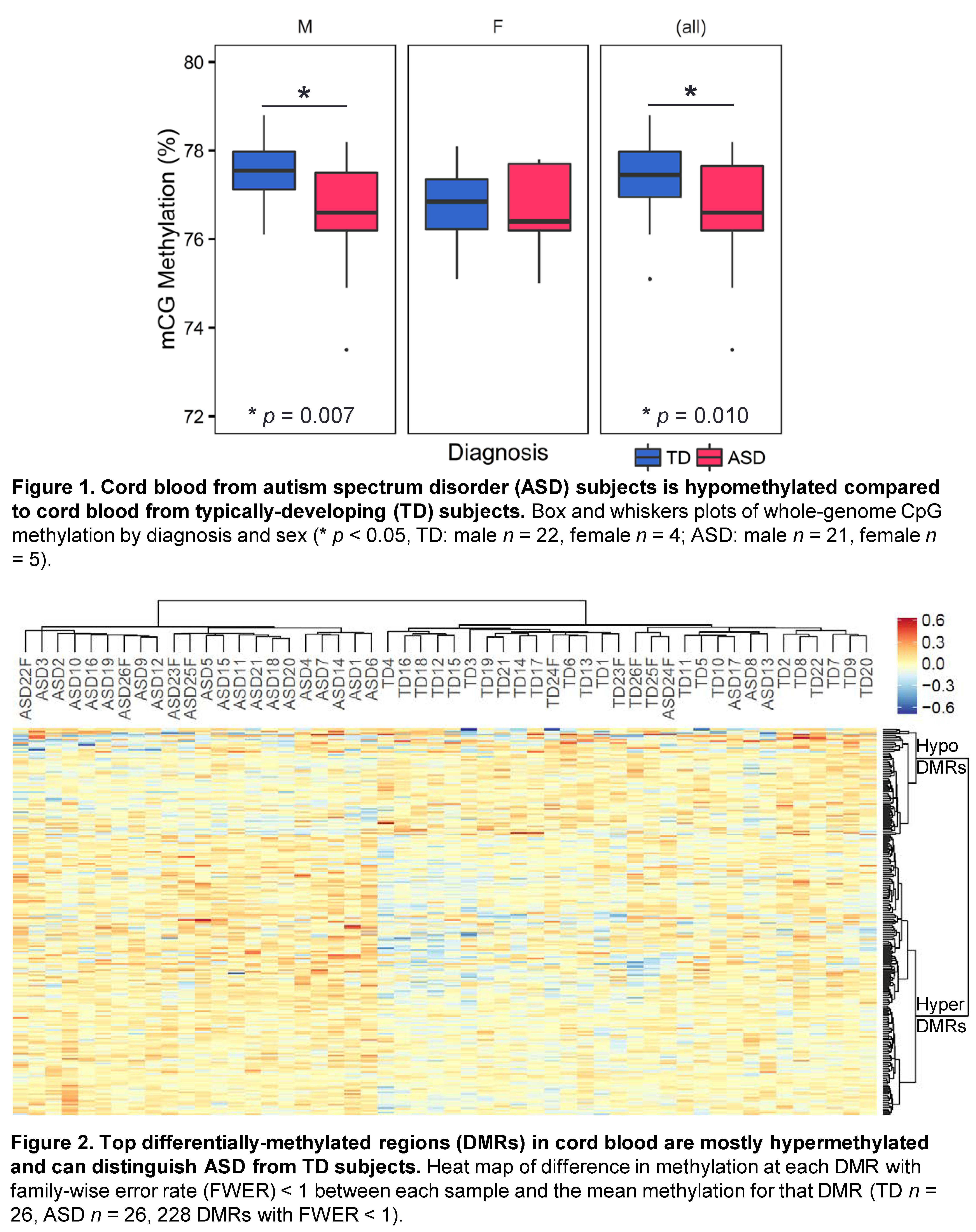