Objectives: We conducted an MRI and diffusion tensor imaging (DTI) study of school-age children with related neurodevelopmental disorders to determine the extent and specificity of neural alterations and their associations with clinical symptoms.

Following this finding of WM reduction in children with Angelman syndrome, tractography was performed in several WM tracts including the corpus callosum, corticospinal tract, and corticothalamic tracts. In each of these tracts, the AS group showed significantly lower FA (p<.0001) and higher RD (p<.0001) compared to TD controls. In the AS group, higher RD in these motor tracts was significantly associated with poorer motor ability (r=-.58, p<.05) (Fig. 2).

Conclusions: Differences in white matter are evident in monogenic syndromes such as Angelman syndrome and Fragile X, even using coarse measures such as overall WM volume. However, more detailed attempts must be made to tease apart the heterogeneity of idiopathic autism. DTI, for example, has been previously shown to identify connectivity alterations associated with specific clinical symptoms in ASD and FXS, and here we show associations between corticospinal connectivity and motor ability in Angelman syndrome, a disorder marked by pervasive and disabling motor deficits. DTI analyses of the ASD and FXS group are underway and will be presented along with associations with repetitive behaviors, anxiety measures, and social and communicative ability. 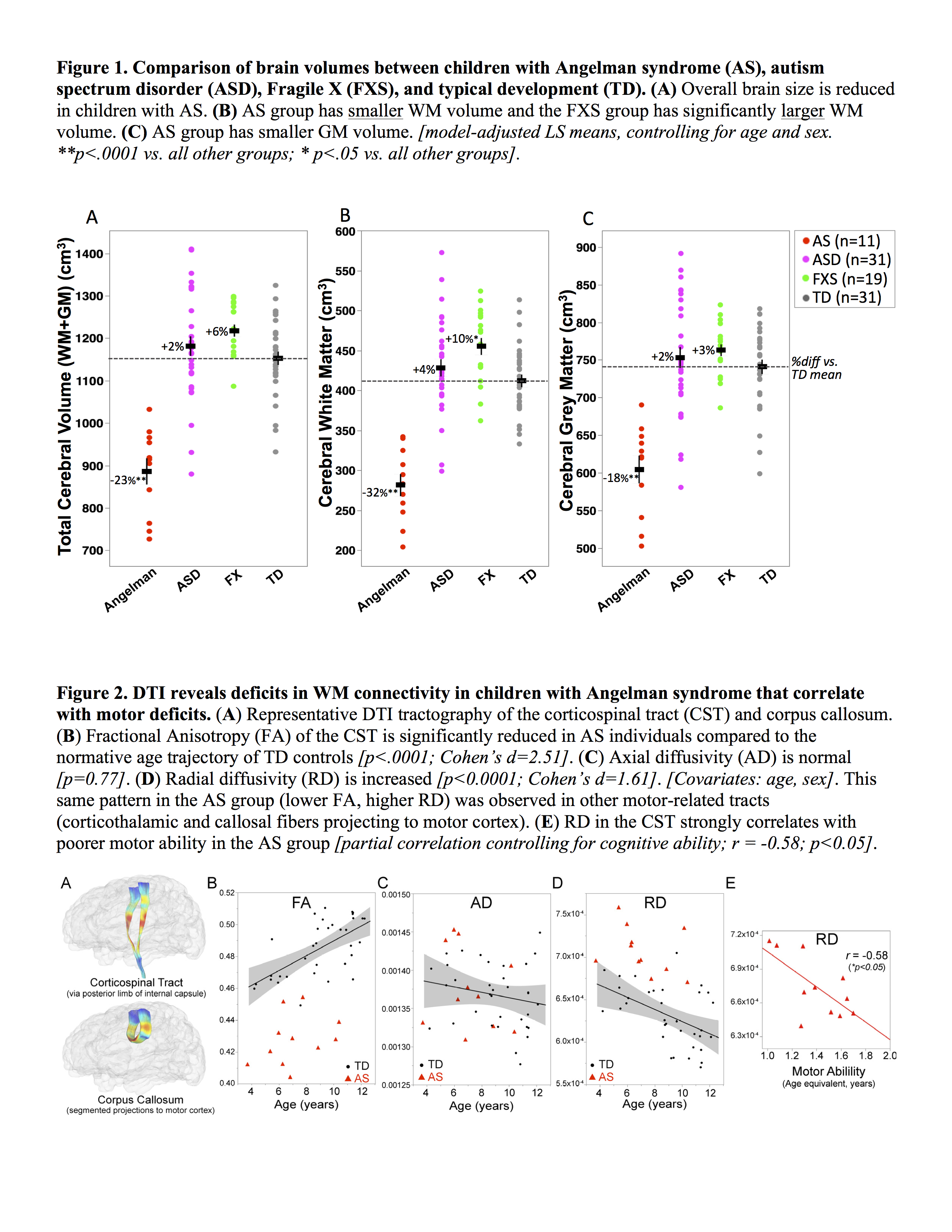