Individuals with autism spectrum disorder (ASD) show atypical sensory processing within the olfactory system. Quantitative measures of olfaction, including detection threshold, identification, and discrimination, have yielded inconsistent results, yet there is mounting evidence that individuals with ASD perform more poorly than typically developing peers on these measures. In addition, the relationship between quantitative olfactory impairments and clinically assessed autism-related behaviors has not been studied, and may help to identify olfaction as a potential biomarker of ASD. 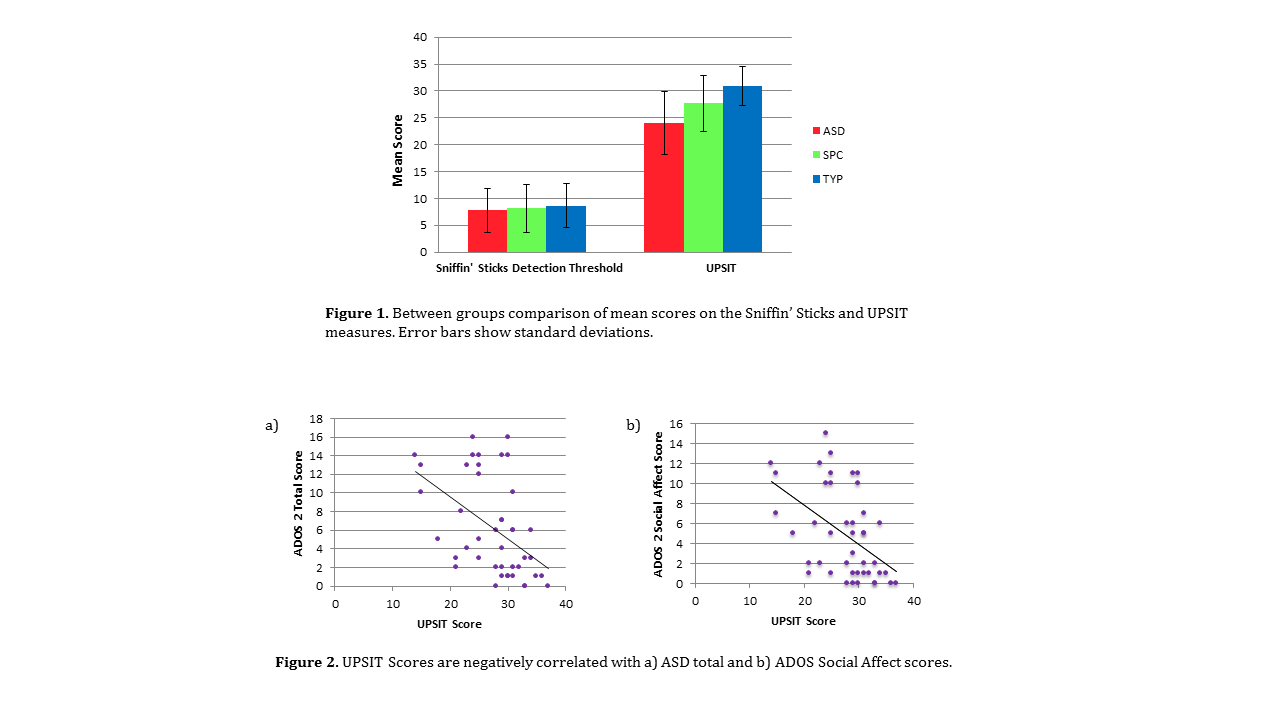