Teaching a person with autism spectrum disorder (ASD) for outdoor activities such as the use public transports requires parents or therapists to practice with them, until they are ready and comfortable enough to engage in these activities independently and alone. In fact, being able to efficiently use public transports can be particularly challenging for people with ASD due to deficits in adaptive behaviour and anxiety. Virtual reality (VR) simulations represent potentially useful teaching tools for ASD individuals because they create safe and simplified versions of the real environments, providing repetition and control over the elements in the scene. Furthermore, ASD participants have a preference for computerized interventions, which suggests that serious games should be able to produce suitable results as teaching tools for daily activities. Therefore, we developed a serious game designed for teaching the user how to adequately take a bus to reach a desired destination.

To understand if serious games with virtual reality are effective in teaching bus taking routines and procedures to individuals with ASD.

Participants with ASD (n=10) underwent up to three therapy sessions, where they received tasks in the game of increased difficulty (i.e., having to commute between buses to reach the destination). Matched articipants with typical development (n=10) performed one session for performance comparison with the ASD group.

The game consisted of a three-dimensional city where participants received tasks which involved taking buses to reach specific destinations. On this city, they had access to a map indicating the bus lines and the stop, and were given a target destination. They then had to find a bus-stop, wait for the right bus, enter, validate the ticket, sit (avoiding reserved places), press the bell stop, leave the bus and reach the destination. Participants were immersed in this virtual world through Oculus® Rift, sat on a rotating stool with 360º of freedom and interacted with the game using a gamepad.

We collected in-game performance metrics and used a debriefing questionnaire to further assess the success of the intervention. The system recorded the correct and incorrect actions the player performed on the process.

Group differences were found for the number of faults in the process, proving the deficits of the ASD group in this task (Mann-Whitney U = 18.5, p = .012). Regarding the success of the intervention, a Willcoxon Signed Rank test showed statistically improvements between the first and last sessions (Z = -2.220, p = .026).

According to our observations, by using the game as a intervention training tool, in just three sessions it was possible to improve the general efficiency of participants and expose them to peculiar scenarios in which they could train their planning skills. The developed game stands out for its use of emerging, immersive, virtual reality technologies, whose use in intervention and serious games is still in its infancy.

Serious VR games can be used effectively in teaching people with ASD become more independent, specifically regarding outdoor activities such as the use of buses for transportation, whose know how also applies to most public transportation systems. 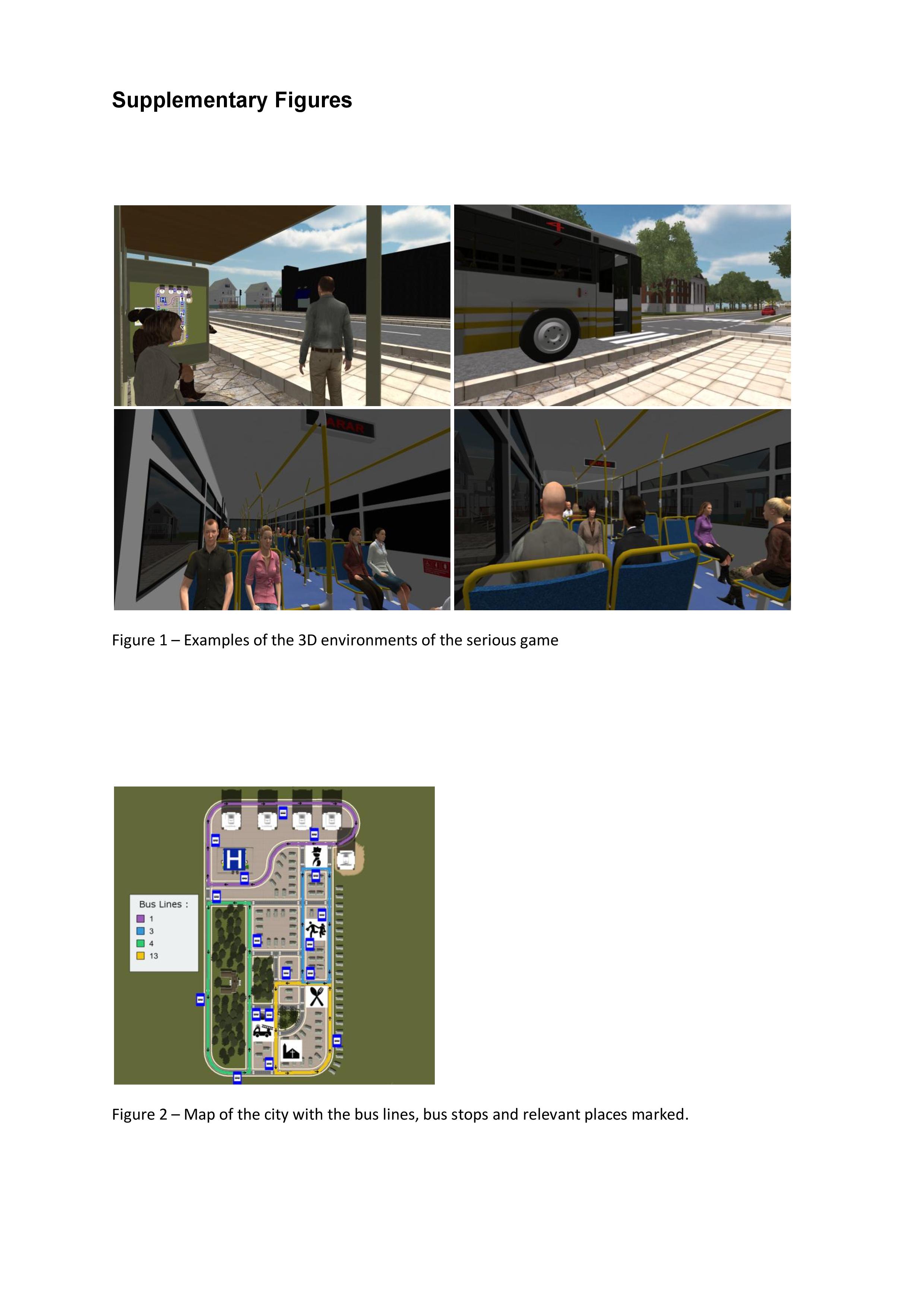