Recent research suggests that females with ASD are at greater risk of not being identified, or for being identified later, than their male counterparts. Because currently available diagnostic and screening measures were developed and validated using primarily male samples, clinicians and researchers have proposed that these measures may lack sensitivity for detecting females with ASD. In particular, there is concern that females with higher cognitive and language abilities, who may be adept at “masking” social-communication difficulties in certain contexts, receive sub-threshold scores on instruments such as the Autism Diagnostic Observation Schedule (ADOS), because the extent of their difficulties is less apparent in clinical settings.

Participants were drawn from an existing database of clinic and research referrals to the University of Chicago Developmental Disorders Clinic, University of Michigan Autism and Communication Disorders Center, or Center for Autism and the Developing Brain. Participants were selected for the current analyses if they had completed a Module 3, received a NVIQ score >=80, and received a best-estimate final diagnosis of ASD as part of a comprehensive diagnostic assessment. This resulted in a sample of 396 males [age= 8.9 years (2.9), NVIQ= 105(15), VIQ= 100(19)] and 85 females [age= 8.7 years (2.8), NVIQ= 104(15), VIQ= 105(17)].

Consistent with previous studies, our results indicate that verbally fluent females with ASD exhibit fewer repetitive behaviors than males. While the majority of both males and females with clinical diagnoses of ASD met ASD cut-offs on the ADOS, a larger proportion of females received scores in the non-ASD range. These females still received clinical diagnoses of ASD, indicating that clinicians gathered sufficient evidence of impairments within and/or outside of the ADOS context to justify the diagnosis. However, future research should further investigate when and why some females with ASD are missed by these instruments. 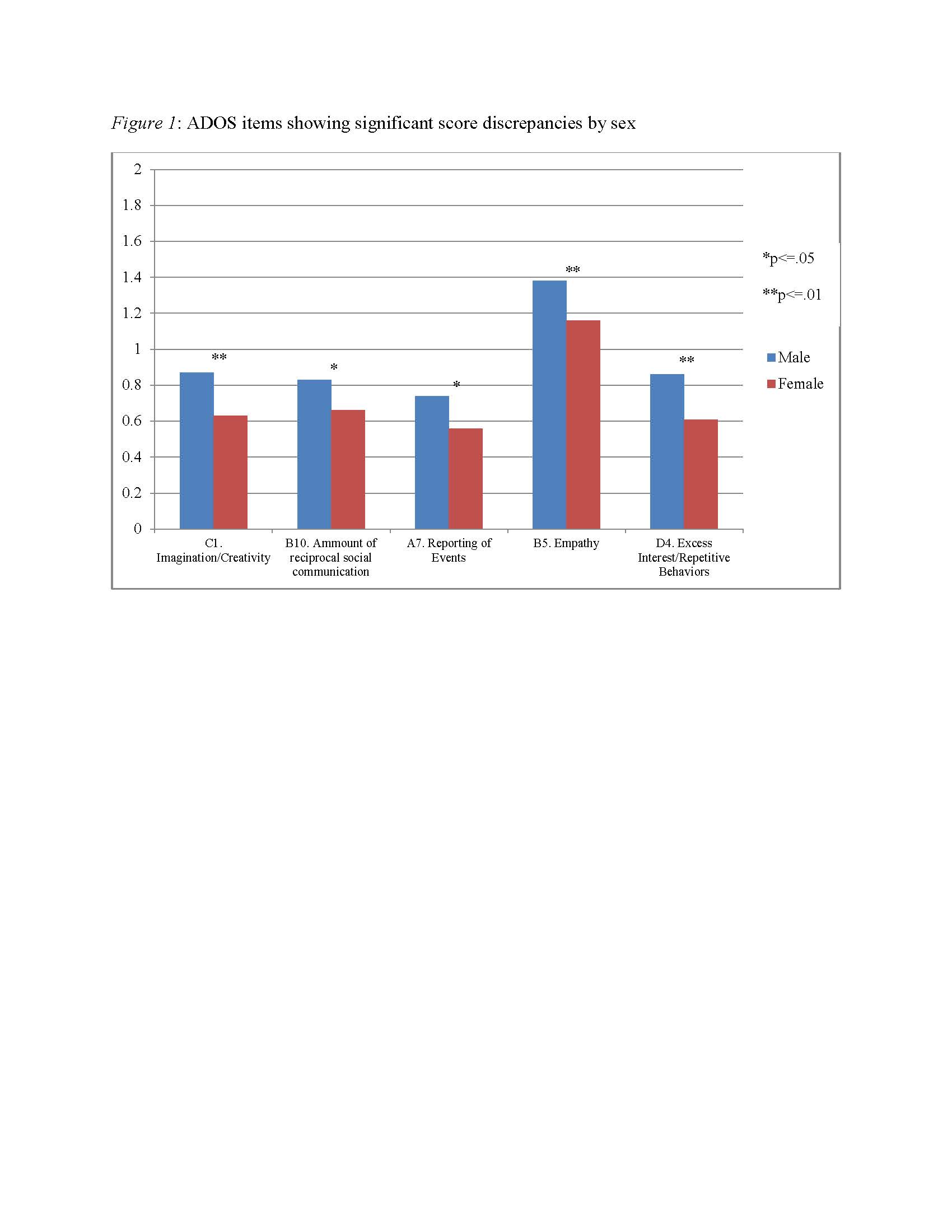