25988
Schizotypal Personality Traits in Autism Spectrum Disorders: What Are the Roles of Alexithymia and Anxiety?

Golden Gate Ballroom (Marriott Marquis Hotel)
N. C. Russell1, K. Stephenson1, C. Haenschel2, M. South3 and S. B. Gaigg2, (1)Brigham Young University, Provo, UT, (2)Psychology, City, University of London, London, United Kingdom, (3)Psychology and Neuroscience, Brigham Young University, Provo, UT
Background: There is a large diagnostic overlap between autism spectrum disorders (ASD) and schizotypal personality disorder (SPD). In particular, characteristics associated with increased ASD traits have been linked with increased negative symptoms, social skills deficits, and disorganized behavior in SPD. In addition, the presence of anxiety can be identified in both ASD and SPD at high rates of prevalence. Alexithymia (a difficulty identifying internal emotional states) is often found among those suffering from anxiety in the general population and is associated with ASD and SPD traits. Furthermore, it is an influential moderator of the relationship between ASD traits and anxiety and is associated with anxiety in schizophrenia. Despite these suggested associations, the nature of this overlap is unknown but a better understanding of it could aid discrimination in differential diagnosis and inform intervention selection and design. While it has been shown that the overlap between ASD and SPD traits is not due to anxiety, it is possible that this overlap is explained not by anxiety per se but by alexithymia.

Objectives: We examined the relationship between ASD and SPD traits in adults with ASD, and the roles of alexithymia and anxiety in this relationship, using structural equation modeling (SEM).

Conclusions: Alexithymia and SPD traits both served as mediators for their respective relationships, albeit to differing degrees. These results suggest that the presence of SPD traits in individuals with ASD is largely explained by alexithymia symptoms and not the ASD traits themselves. 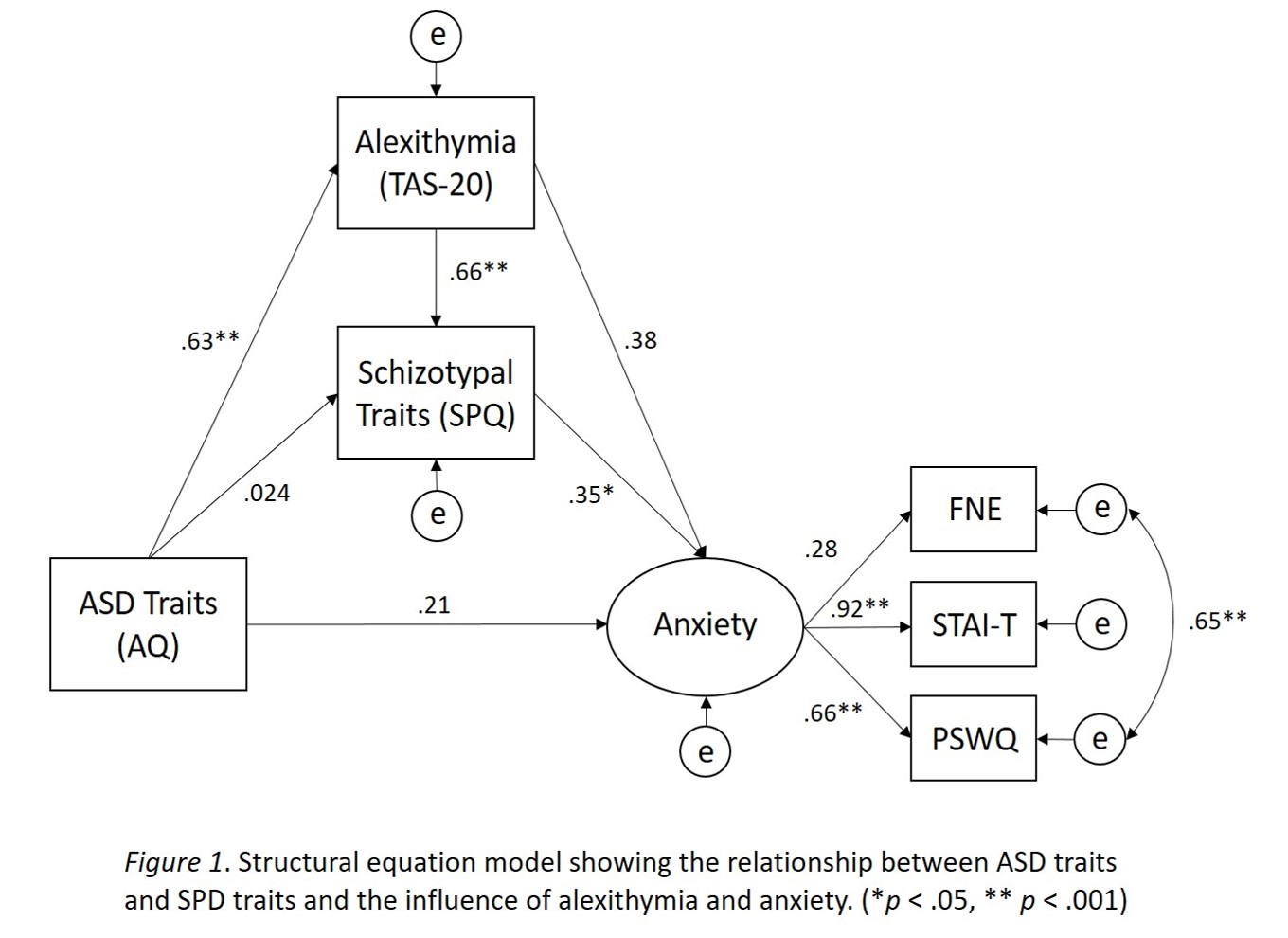