Methods:  Out of 137 children with autism who participated in school-intervention trial, 10 (7%) met minimally-verbal (MV) criteria (DiStefano et al., 2016, Autism Research; < 20 words) and 43 (31%) met typical expressive vocabulary criteria (TEV; t score 40-60 on Differential Abilities Scales (DAS) Picture Naming sub-test). The MV and TEV groups were rated on the frequency of their self-regulation difficulties by researchers after a standardised observation and their academic abilities (DAS standard score) were measured at the start and end of the school year (T1 and T2, respectively).

Conclusions:  Results suggest an unusual relationship between self-regulation difficulties and academic outcomes in children with autism with typical expressive vocabulary, which may be indicative of the impact of self regulation difficulties on the accuracy of academic test scores for children at the beginning of the school year. These preliminary results will be followed up in an additional sample of over 400 children with ASD. 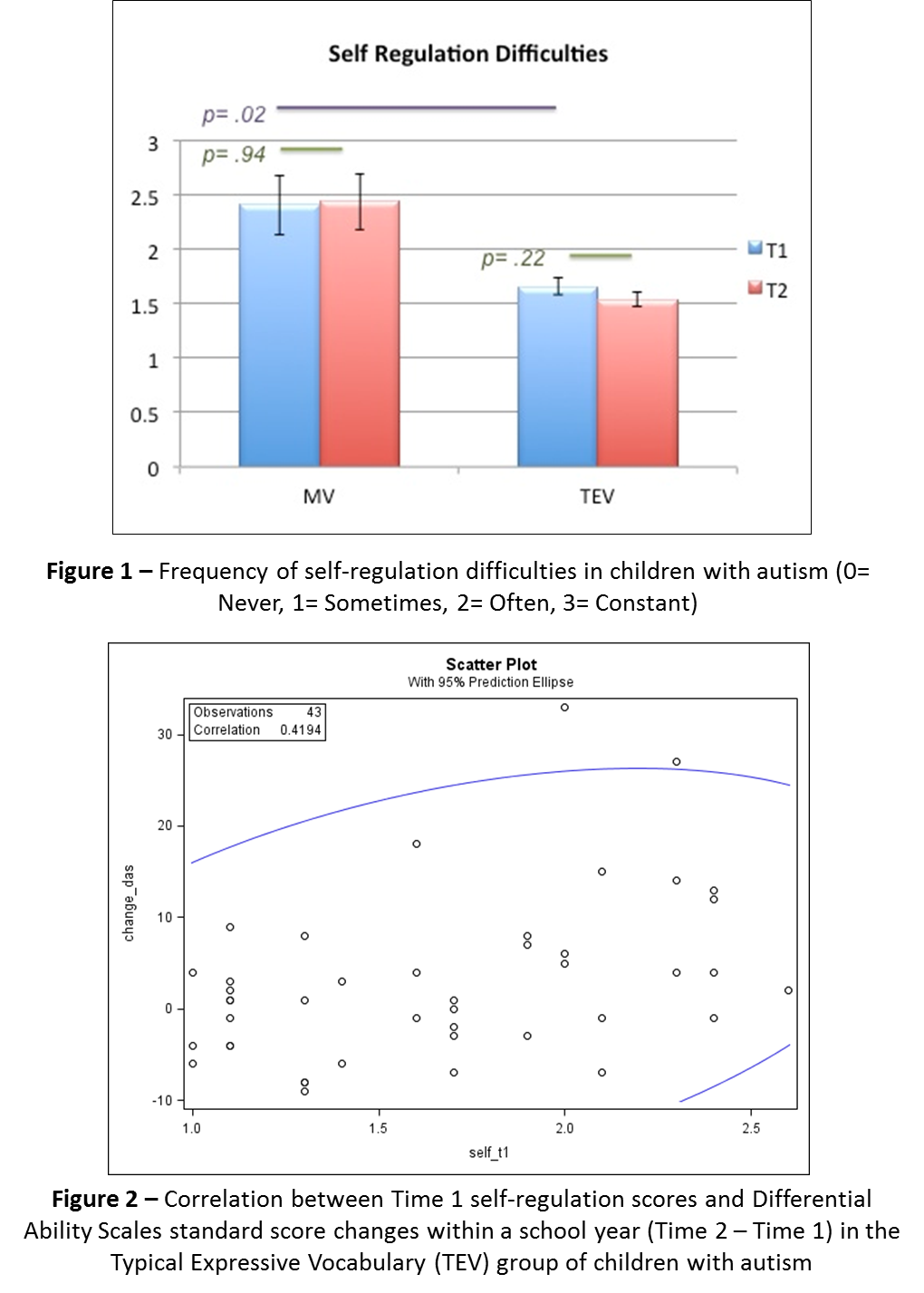