Objectives: This study details preliminary data using the NIH-TCB to assess the cognitive domains of cognitive flexibility, processing speed, and attention shifting in children with and without ASD. 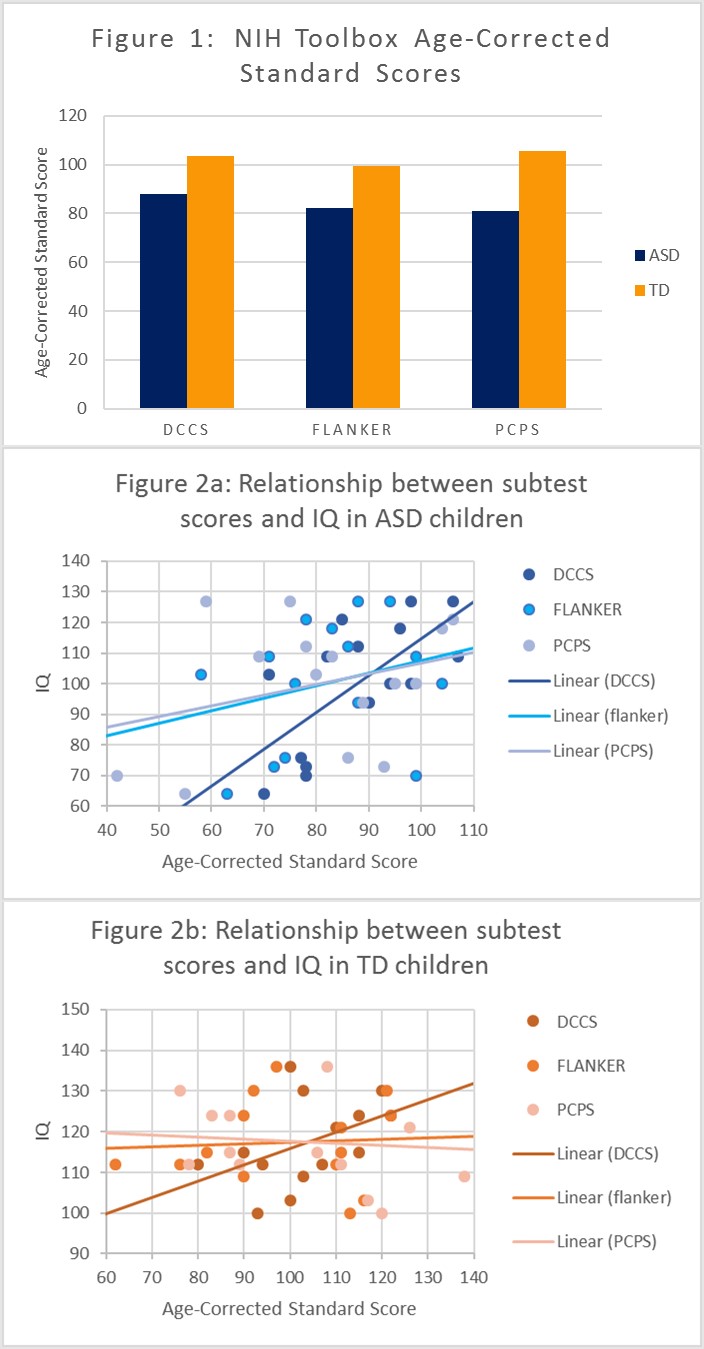