The aims of this cross-sectional study are: 1) to quantify TTB during both a static and a dynamic test in our ASD sample; 2) to compare the intensity of TTB in the three TTB clinical functional classes and in the NO-TTB group.

Our study sample included 45 ASD subjects (mean age: 13,15 years – 4,63 SD; 40 males) diagnosed according to DSM V criteria and under observation at our Institute. The confirmation and the severity of autism was established through ADOS-2. A therapist assessed the presence/absence of TTB during standing, walking and running using direct observation and interview of the main caregiver living with the child through a structured assessment. According to this assessment, 25 ASD subjects resulted not TTB, 3 resulted in TTB class 1, 10 in TTB class 2 and 7 in TTB class 3. The intensity of TTB expression during static and dynamic tests was quantified as percentage of time spent on the tip toes and as the percentage of toe steps, respectively. Both tests were conducted using standardized video recordings reviewed independently by two expert therapists.

We quantified TTB using a new structured static and dynamic assessment test in our ASD sample. We found significant difference between NO-TTB and the 2 TTB subgroups. The TTB quantity in the static test is correlated with TTB quantity in the dynamic test. 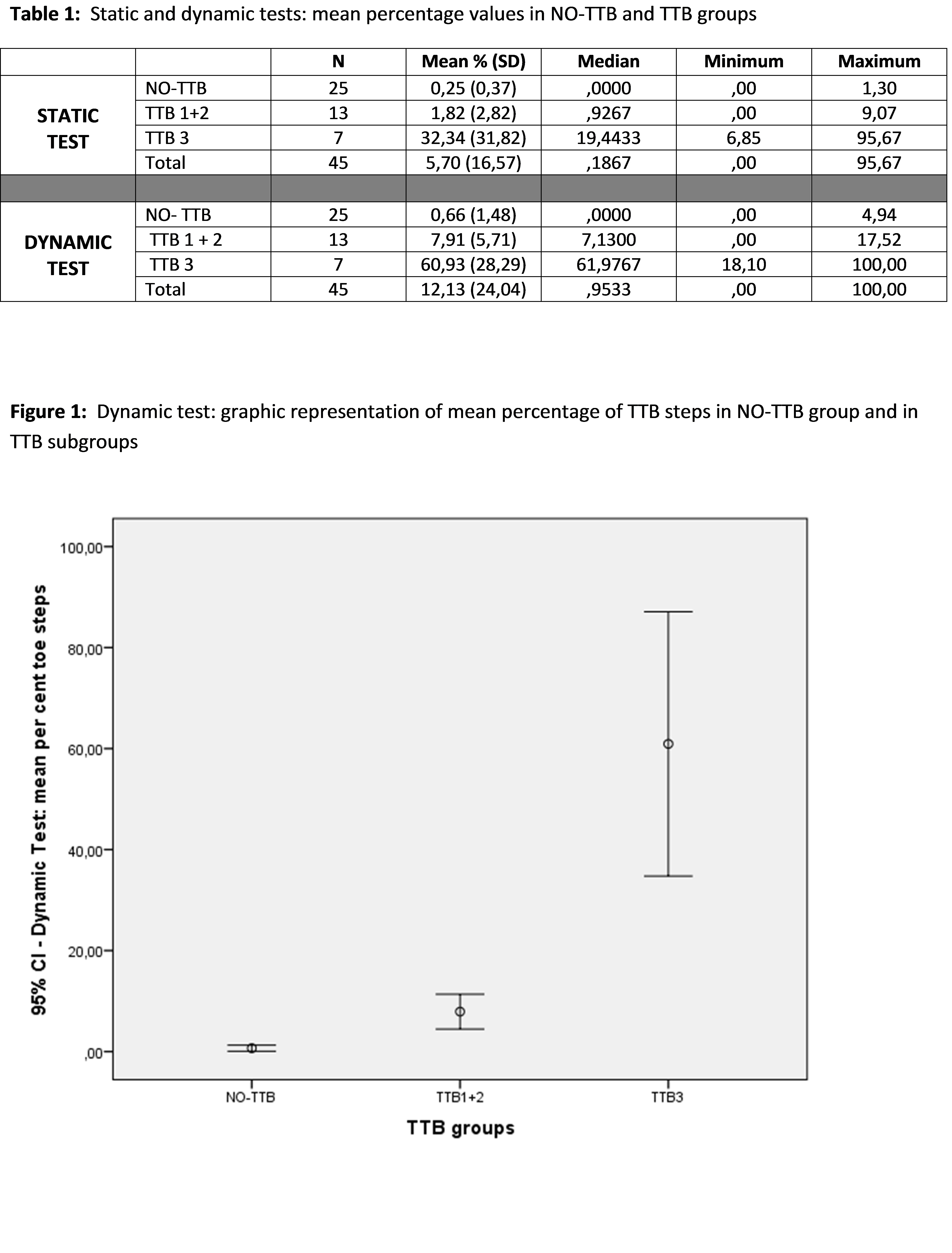