Up until today, we lack sophisticated understanding of the potential causal pathways that channel the heterogeneity in adult outcome of the Autism Spectrum Disorder (ASD) population. The rapidly evolving toolbox of the network approach to psychological phenomena enables us to investigate the interrelation between ASD and well-being in a much more detailed manner. This toolbox additionally offers promising tools to quantitatively integrate the knowledge of clinical experts.

In this study, we present a novel approach by combining the Perceived Causal Relation (PCR) methodology and network analysis in order to (i) identify causal pathways in the well-being system in ASD, (ii) compare the results to validate the networks found in empirical data on well-being in ASD, and (iii) quantitatively integrate the knowledge of clinical experts in scientific endeavors.

Trained clinicians (N=29) served as raters in a PCR task of 34 variables spanning different domains of daily functioning and well-being as well as ASD symptomatology. In this task, they were asked to complete 374 cause-effect ratings. In a follow-up question, we asked them to choose three targets of intervention in the resulting (averaged) network of their answers. Analyses included centrality analysis of the resulting cause-effect model and correlational comparisons with a network model of the exact same variables based on empirical data instead of ratings.

First, he PCR network reveals the causal model ASD clinicians adhere to: reduced social insight is seen as the underlying cause of most other ASD symptoms, i.e., reduced empathy, reduced social contact, violations of social conventions and insistence on sameness. A strong impact on domains of well-being and daily functioning was also attributed to insistence on sameness. Second, from all ASD characteristics, sensory stimulation/motor stereotypies was the one with least connections in the network as it was only rated as a cause for problems associated with daily life. Third, the clinicians’ choices regarding their targets of intervention (depression, drug problems and aggressive behavior) were related to the respective centrality of these nodes.

We found that the way clinicians perceive cause-effect relations between ASD symptoms, well-being and daily functioning is highly similar to the interrelatedness of these factors found in empirical self-reported data. In addition, we have provided the first validation of psychological network estimation procedures that have recently been energizing different clinical fields in psychological science. We have shown that the PCR methodology combined with network analysis is a promising tool to assess and include the knowledge of clinical experts. 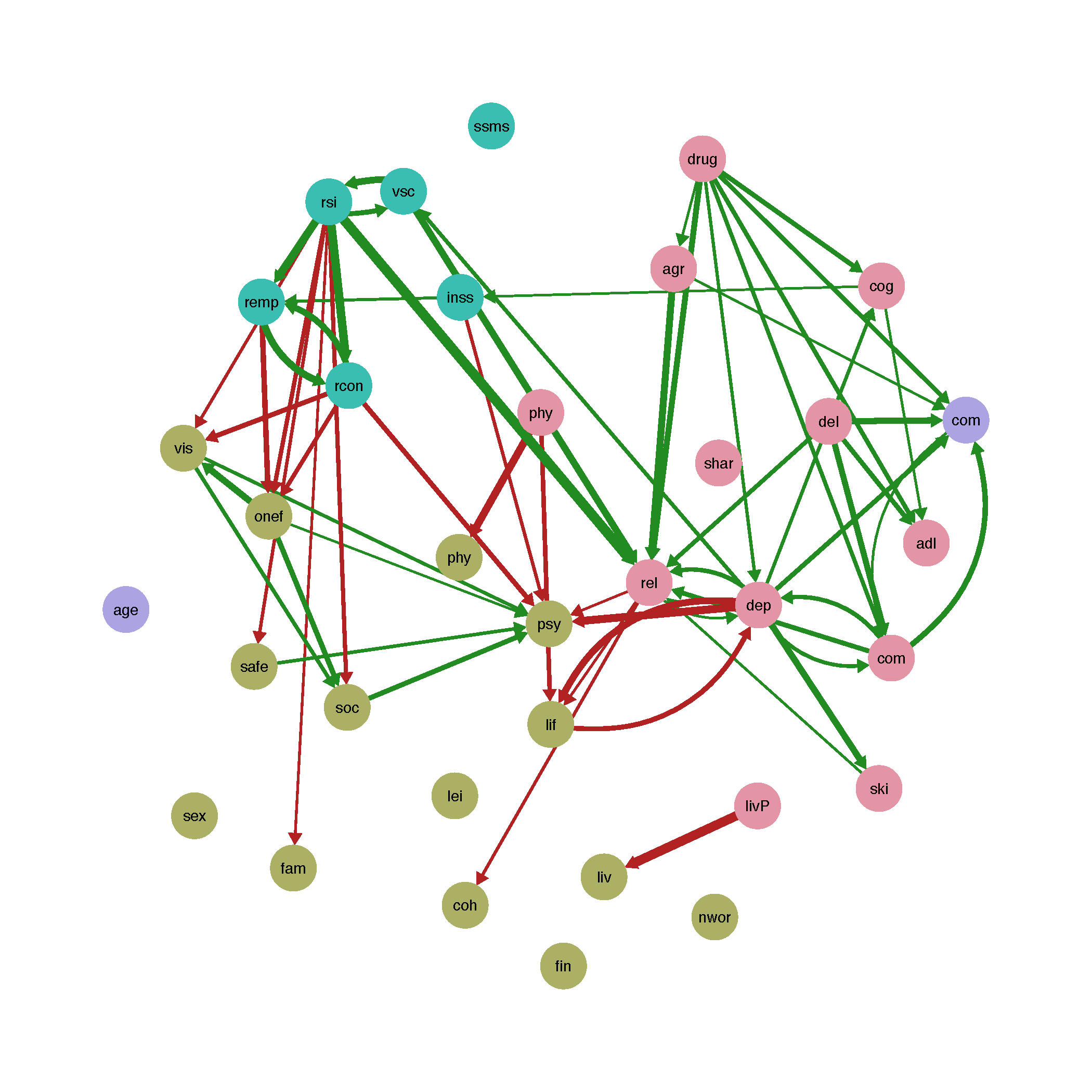