Individuals with ASD exhibit delays in adaptive skills in comparison to age and IQ, and this gap appears wider in older versus younger individuals of average intelligence (Klin et al., 2007; Kanne et al., 2010). Since the majority of individuals with ASD do not have cognitive impairment (CDC, 2016) but still fail to achieve levels of independence in adulthood (Howlin et al., 2004; 2013), it is imperative to determine when this divergence emerges.

This study investigates the discrepancies between adaptive socialization and cognitive skills from 12 to 36 months in infants who develop ASD.

Adaptive socialization skills decline between 12 and 36 months for infants with both ASD or shadow symptoms of the disorder in comparison to both unaffected HR and LR infants, with differences evident as early as 12 months between infants who develop ASD and their unaffected peers. Though our sample has unusually high nonverbal cognition (which accounts for the significant gaps between cognition and adaptive skills in the LR-TD group), the gap between adaptive socialization skills and cognition widens over time for infants with ASD symptomatology, whereas it remains stable for infants unaffected by ASD. Given the pronounced deficits in adaptive behavior that are observed in older individuals with ASD, these findings underscore the need to assess for adaptive behavior early and repeatedly for infants with and at risk for the disorder. 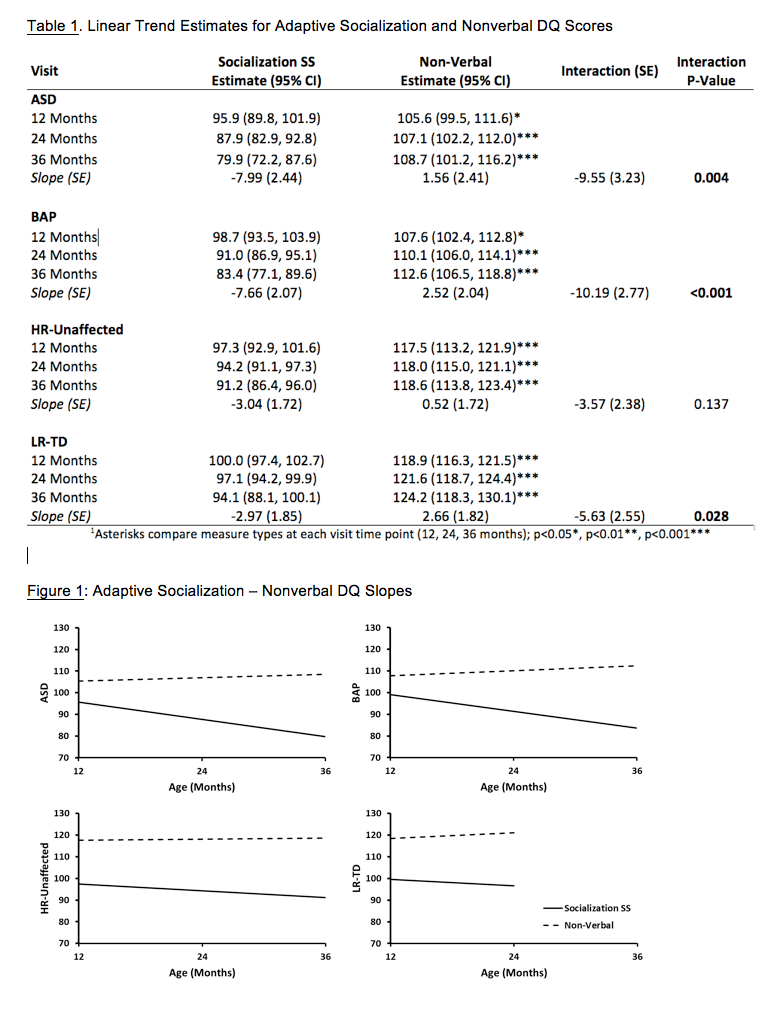