Methods: 112 infants were observed during free play with a set of blocks, at ages 10.5 (controls = 22, infant-siblings = 85) and 15 months (controls = 18, infant-siblings = 72). Coders rated infants’ continuous looking and touching behaviour, from which the peak epoch of FA – longest epoch of simultaneous looking to the blocks whilst manipulating the blocks – was identified (ICC =.924). At 15 months, early behavioural markers of ASD were measured using the Autism Observation Scale for Infants (AOSI).

Conclusions: As predicted, poor FA at 15 months is concurrently associated with elevated ASD-related behaviours. An equivalent predicted association from FA at 10.5 months to ASD-related behaviours at 15 months was not observed thus it is not clear from these data whether ASD-related behaviours are primary or secondary to difficulties with FA in infancy. Contrary to expectations, no evidence was found to suggest that having an older sibling with ASD is linked with impairment in FA in this sample of infant-siblings. Further research is required to establish whether differences in FA are apparent amongst the minority of infant-siblings later diagnosed with ASD. 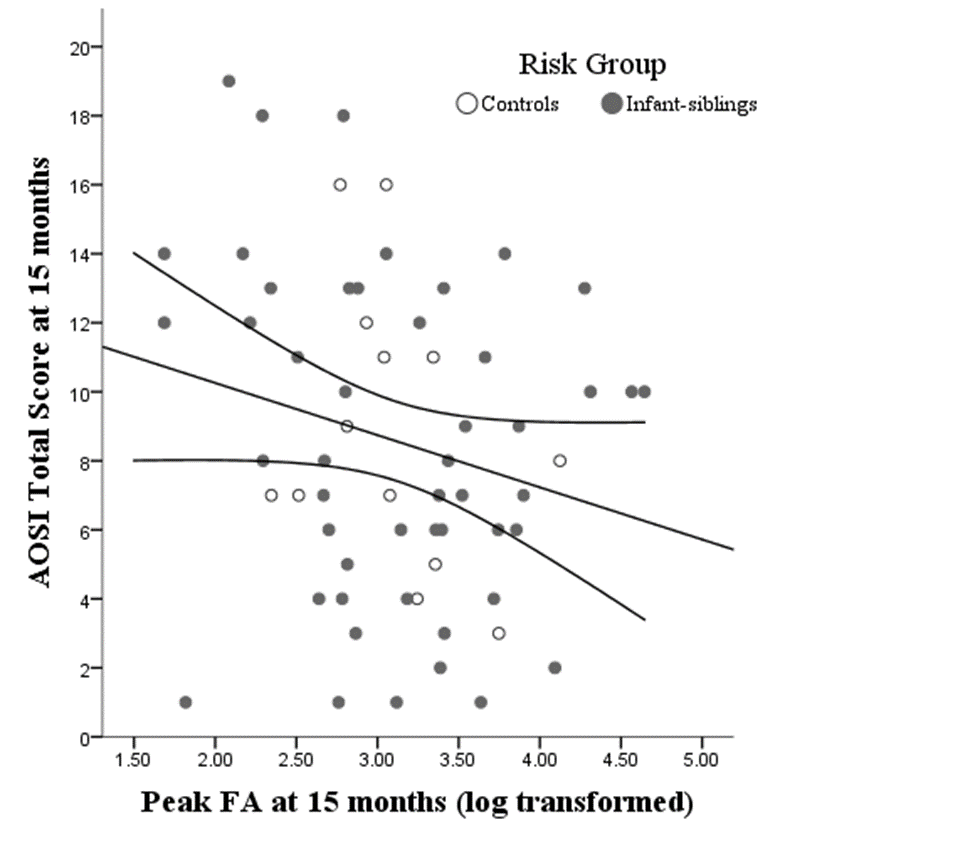