Objectives: To further expand our knowledge of the course and pace of development of adaptive behavior in ASD, our objective was to characterize the jointly modeled trajectories of three pertinent domains of adaptive behavior (Socialization, Communication, and Daily Living Skills) as measured by the Vineland Adaptive Behavior Scales, Second Edition.

Methods: Data from two longitudinal studies of ASD were combined for analysis using growth mixture models (GMM). The first study, an accelerated longitudinal natural history study performed in the Eastern United States, comprised 106 children with ASD (82% male) who began the study between the ages of 2 and 7 years and were assessed up to five times at 6-month or 12-month intervals. The second study was a multisite longitudinal investigation of an inception cohort of 406 preschool children with ASD (84% male) from across Canada. These children were enrolled between the ages of 2 years and 4 years, 11 months, and were assessed up to six times. GMM is a statistical technique used to parse heterogeneity in developmental trajectories within a latent variable framework, by specifying an unobserved grouping variable that is explained by the pattern of scores over time. First, standard latent growth curves are fit to determine the shape of the average trajectory, and to serve as the baseline model against which the GMMs are compared. Next, a series of GMMs of increasing complexity are fit, each with up to six classes. The average age equivalents in each of three domains (Socialization, Communication, and Daily Living Skills) were jointly modeled.

Results: The available data were restructured into 6-month intervals beginning at 36 months (±3 months) and ending at 138 months (±3 months), for a total of 2,212 assessments (see Figure 1 for data coverage). The best-fitting latent growth curve models had a quadratic shape for both Communication and Daily Living Skills, but the linear model was best fit to the Socialization data. In all cases, the overall model fit was poor (e.g., large and significant residual variance, large and significant chi-square test of model fit), suggesting that GMM may be better-suited to the data. The results of the joint trajectory model will be presented at the meeting.

Conclusions: The heterogeneity in development of adaptive behavior skills, both within-domain/across-individuals and across-domain/within-individuals, may be examined in order to provide a precise representation of the complexity of autism. 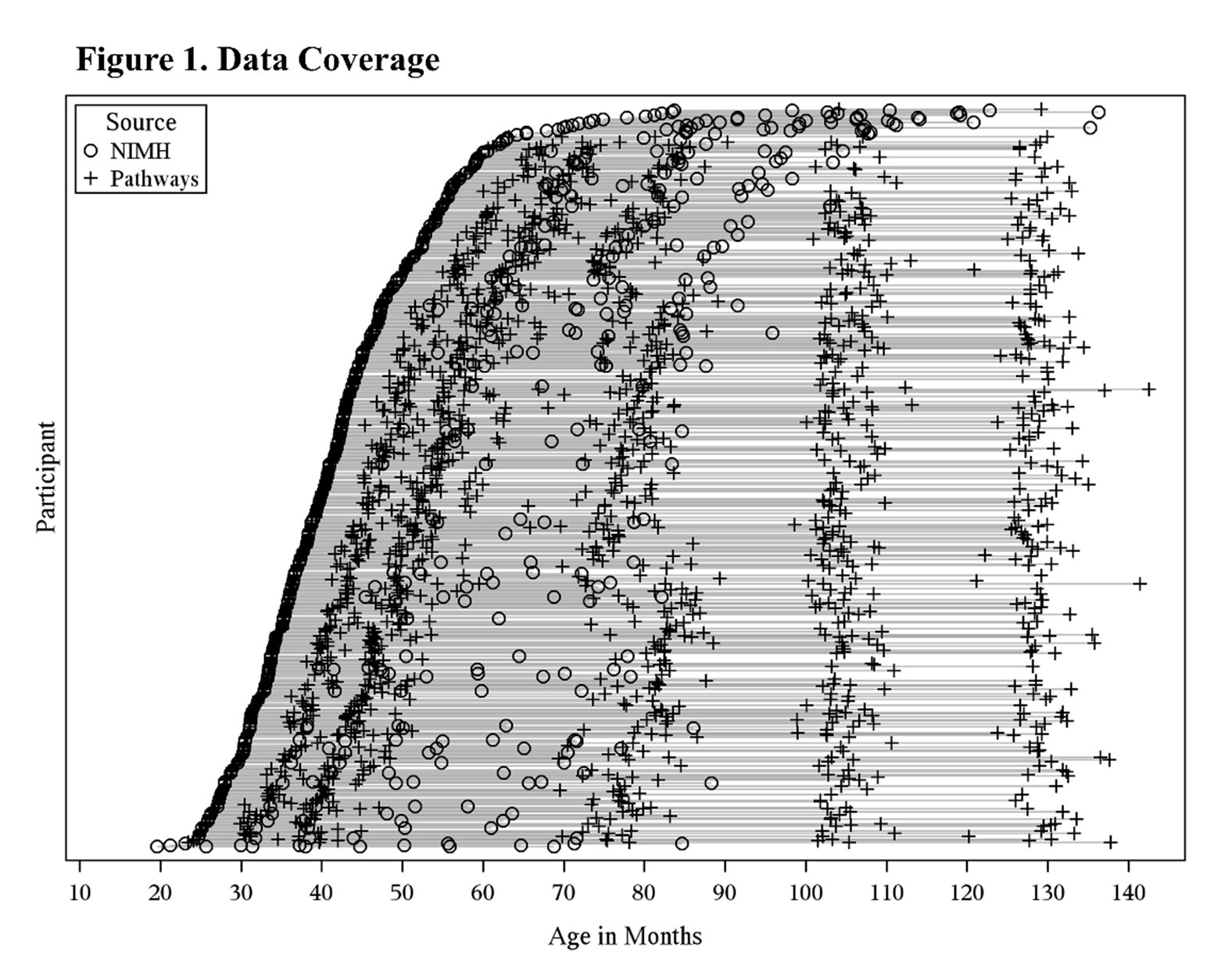