Objectives: In light of our previous findings of abnormality in the corpus callosum and arcuate fasciculus, we set out to identify a biomarker of ASD in TSC through prospective and longitudinal study of microstructural development of the arcuate fasciculus, a fronto-temporal white matter (WM) fiber bundle implicated in language development, and in the corpus callosum, a large interhemispheric fiber bundle and collector of stochastically-distributed disease burden in TSC.

Methods: 40 participants with TSC underwent longitudinal 3T diffusion tensor imaging (DTI) within the first year of life and at 12, 24, and 36 months of age. Participants were assessed for early ASD symptoms at 12 months of age with the Autism Observation Scale for Infants (AOSI). Bilateral regions of interest were automatically defined along the arcuate fasciculi, located in the WM underlying Geschwind’s Territory, Wernicke’s Area, posterior to Broca’s area and in the body of the corpus callosum at the midline [Figure 1]. Diffusion properties in each region were measured. The ability of diffusion properties in each region to predict high or low AOSI total score at 12 months of age was evaluated with ROC analysis of the longitudinal sample, and in a subsample of data, restricted to scans acquired before 12 months of age. 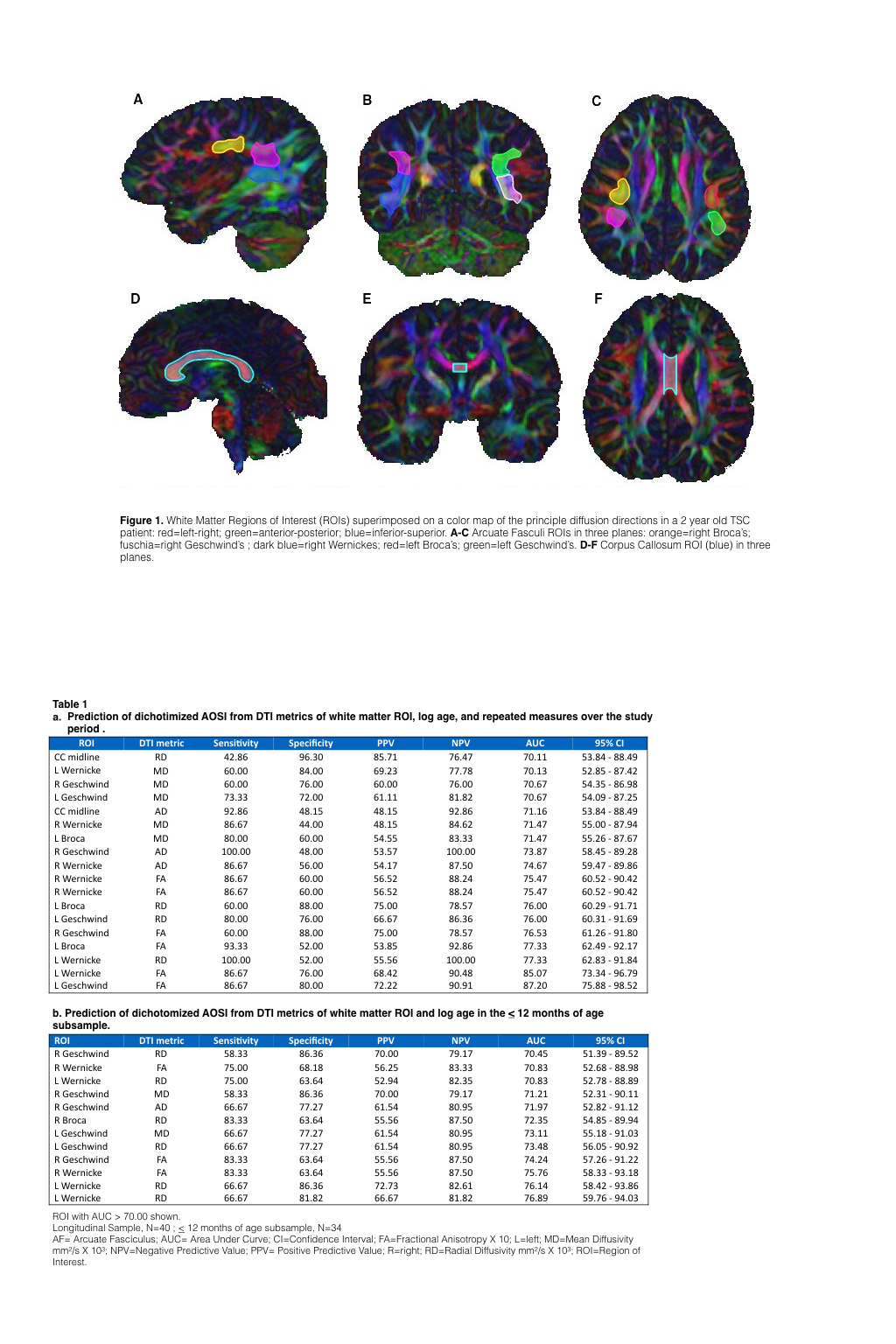