Objectives: Given that subclinical levels of autistic behaviors have been observed in the general population and have been associated with various psychosocial and interpersonal difficulties (e.g. Wainer et al., 2011), this study aimed to examine how the neural differences in emotion processing that have been identified in clinical populations are modified by autistic behaviors in a subclinical, college-aged population. This study further sought to determine if differences in emotion processing were modified by the facial features available, the emotion being displayed, or the task type.

Methods: This study examined 34 subclinical college students, comparing those with a higher number of autistic behaviors (n=12) to those with a lower number (n= 2), as measured by the Broad Autism Phenotype Questionnaire (Hurley, Losh, Parlier, Reznick, & Piven, 2007). Emotion processing was examined using a task composed of a series of still pictures that varied by emotion (angry, fearful, happy, neutral, and surprised) and facial features available (eye region, full face). Task type varied by instructions intended to modify the type of processing occurring. The matching task indicated to respond based on whether the emotion of the face matched that of the face presented before it. Alternatively, the valence task indicated to respond whether the emotion of the face was the target valence (i.e. positive or negative) or not.

Conclusions: In this study we demonstrated, in a rarely investigated population of subclinical young adults, that the neural processing of faces varies by emotion as well as by the facial features available differently based on the degree of self-reported autistic behaviors and that this effect is modulated by task type. This study helps reveal the early neural components during emotion processing in young adults representing the broader autism phenotype, which may be responsible for some of the social challenges associated with autism. 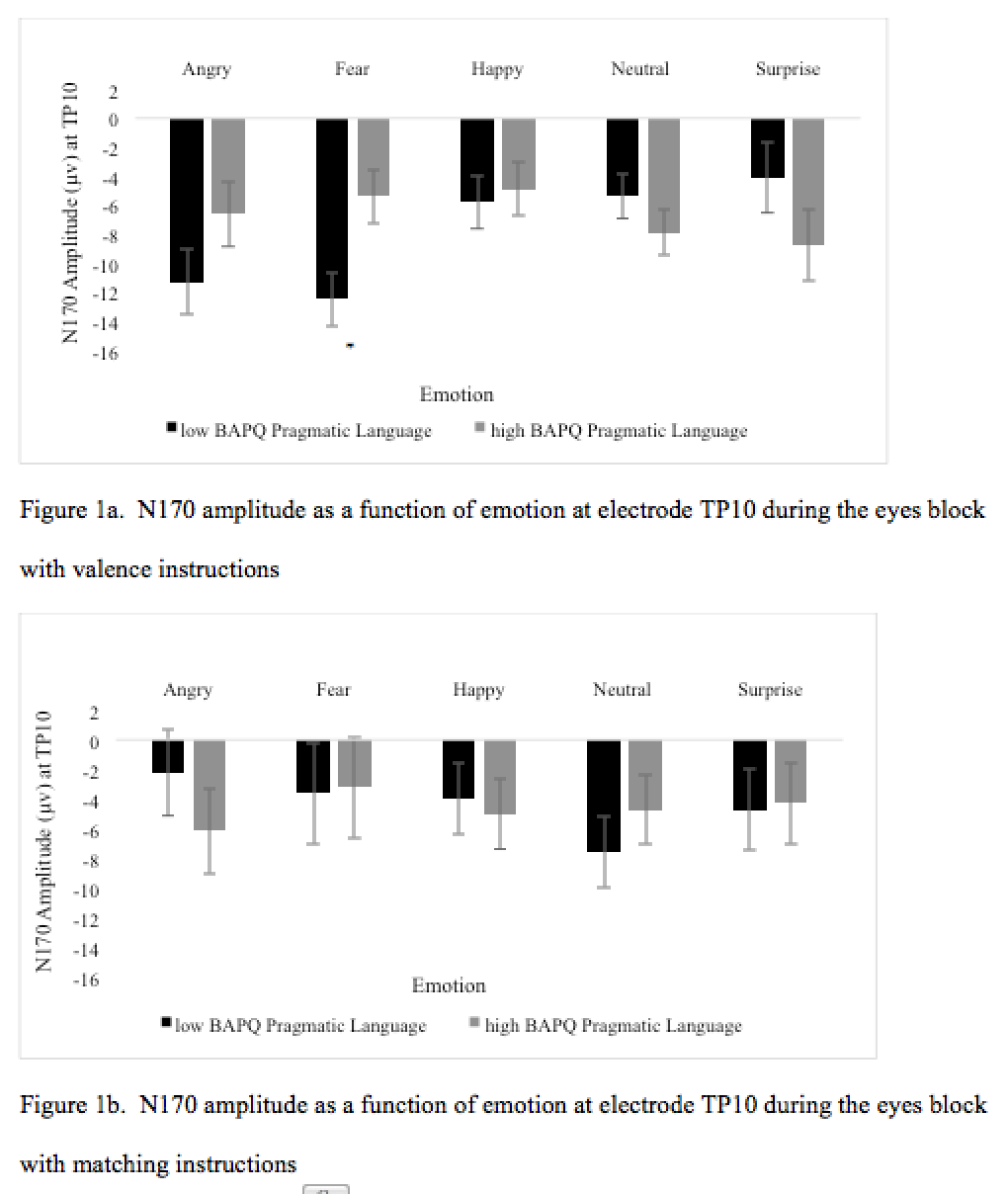