Objectives: The purpose of this study was to examine the influence of comorbidities, including ADHD and MD on socio-emotional behaviors of school-aged children with ASD.

Methods: Forty-four children with high-functioning ASD (8.8±1.1 years of age, 38 boys) participated in this study. ASD and ADHD diagnoses were determined by child psychiatrists. Bruininks-Oseretsky Test of Motor Proficiency, Second Edition was used to determine MD of children with a cut-off standard score of 40. Children’s socio-emotional behaviors were assessed using parental reports of the Child Behavior Checklist (CBCL). Cut-off T scores were 70 for the 8 CBCL narrow band syndromes and 63 for internalizing, externalizing, and total behavior problems. Two-way ANOVA was applied to examine the impact of ADHD and MD on socio-emotional behavior problems of children with ASD. Considering the influence of intellectual function on children with ASD, children’s intellectual ability was controlled in the analyses. 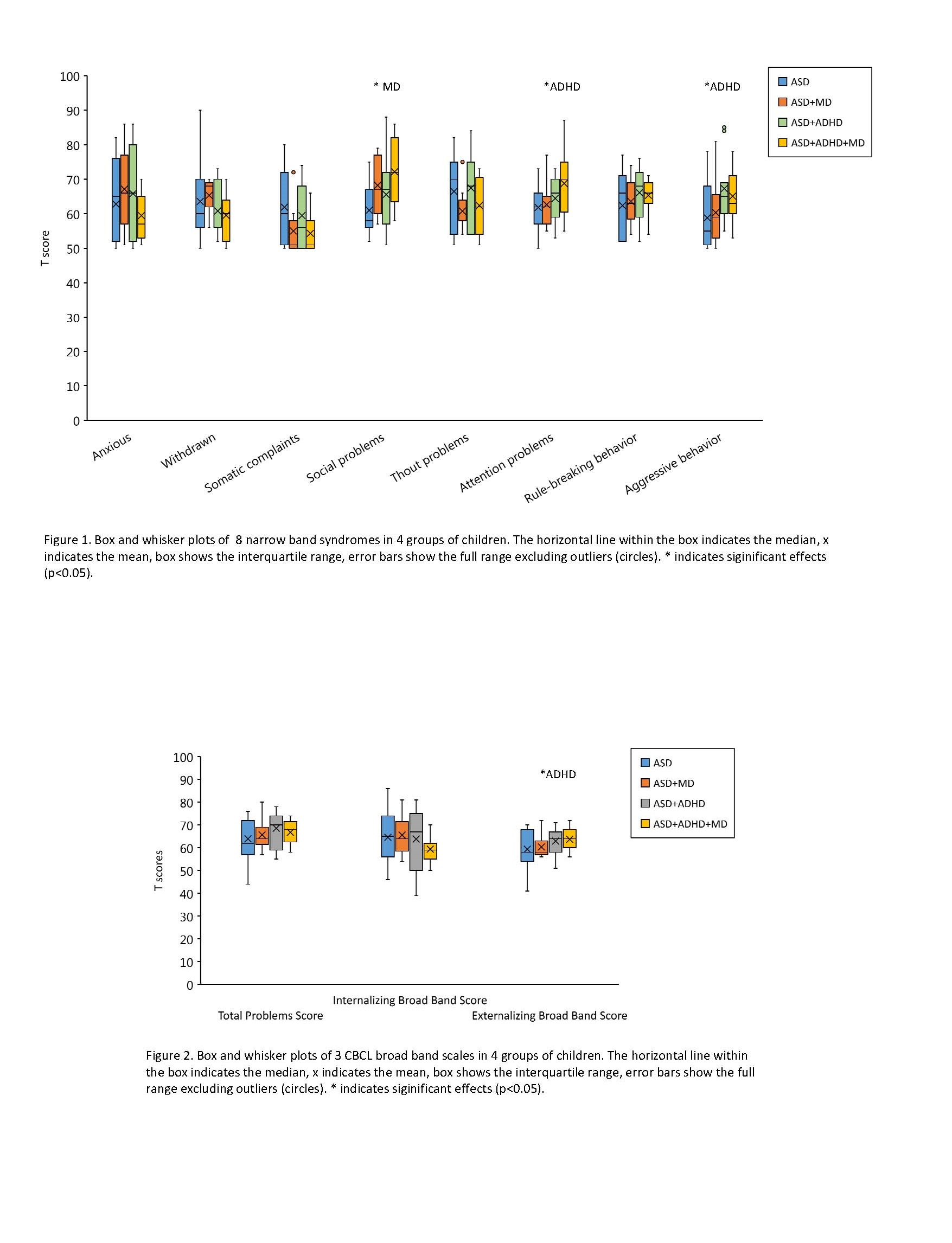