Although significant advances have been made in the early identification of ASD, once a diagnosis is made, little information is available regarding the prognosis for a particular child. This uncertainty creates anxiety for parents and limits the ability to develop treatments tailored for a specific ASD outcome profile. We have recently demonstrated that eye tracking is a powerful tool for detecting a subset of ASD toddlers with 98% specificity using a preferential looking task, the GeoPref Test, which compares fixation times for social versus geometric images. Our original studies (Pierce et al., 2011; 2016) showed that toddlers with ASD that fixated on geometric images >69% of the time, ASD “Geo Responders” were more likely to have poorer social, language, and overall intellectual aptitude than ASD “Social Responders” (i.e., fixated on social images >69%). However, it is currently unknown if performance on the Geo Pref Test would be associated with ability a year later. We hypothesized visual input and learning ability would be more abnormal for ASD Geo, than ASD Social Responders resulting in poorer outcomes.

We aimed to evaluate the prognostic utility of the GeoPref Test in toddlers with ASD.

The GeoPref Test identifies group differences in developmental functioning at intake and ~1 year following eye tracking. Geo Responders evidenced a poorer clinical profile with lower language ability and higher ratings of autism symptoms. These differences persisted over time, with differences in language ability becoming more pronounced. Therefore, the GeoPref Test shows utility as not only a biomarker for identifying ASD, but a prognostic indicator for newly-identified toddlers. Given that experience dependent mechanisms are foundational to brain development, we hypothesize Geo Responders are high-risk for poorer outcomes through adolescence. Follow-up is being conducted to examine if this phenomenon persists into school-age. 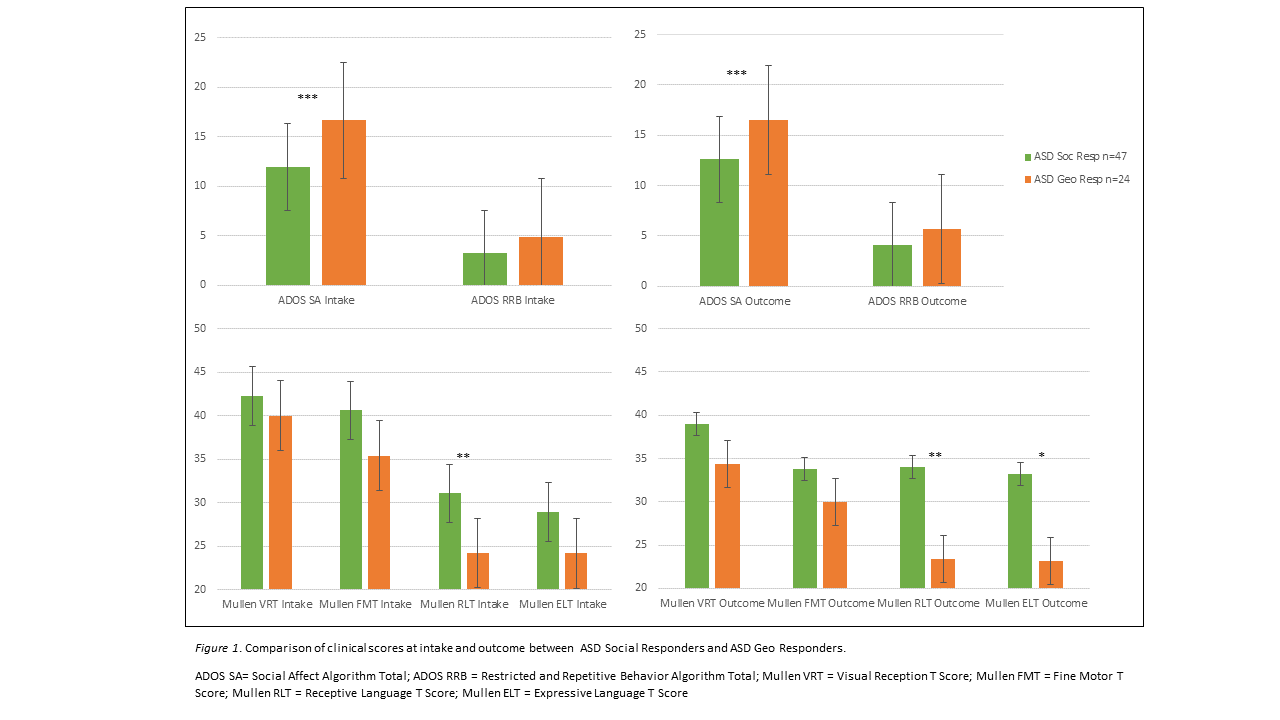