Conclusions: Contrary to hypotheses, high social skills importance ratings predicted fewer social interactions with peers, regardless of self-reported social behavior. It is possible that adolescents with ASD may place higher importance on areas where they need the most improvement (McMahon & Solomon, 2015) – that is, they may in fact identify deficits by labeling them as important. The four significant subdomains of importance ratings (e.g. communication, cooperation, engagement, and self-control) are all specific to interactions (Meier, DiPerna, & Oster, 2006), which may provide a window into how youth with ASD perceive their social behavior, even as they rate themselves to have greater social skills (Rankin et al., 2015). This finding reveals a complex and unexpected way in which social cognition may relate deferentially to social behavior in adolescents with ASD. 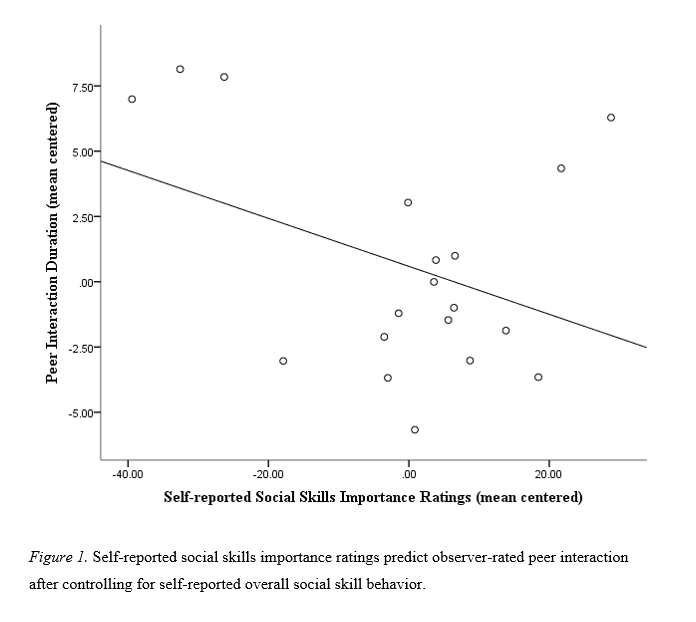