Increasing evidence suggests that specific motor behaviors observed during the first months of life may be a marker of autism spectrum disorders (ASD). Analogously, ADHD, which shows clinical and genetic overlap with ASD, is increasingly recognized as a neurodevelopmental disorder associated with atypical brain connectivity, likely resulting in abnormalities of neural function that are expressed through the quality of early movement patterns. However, the correlation between early motor signs and later diagnosis of ADHD is not yet understood, as research on the subject is scarce and the findings controversial. Some authors suggest that the activity level in infancy is an early sign of ADHD, while others argue that the quality of movements in infancy does not predict the outcome.

In order to shed light on early motor signs in ADHD we systematically reviewed the publications investigating motor behavior during the first year of life in infants that later develop ADHD symptoms or are diagnosed with the disorder.

A literature search was performed on PubMed and PsycInfo databases. Our search included the following keywords: i) “ADHD” OR “Attention deficit hyperactivity disorder” OR “Attention deficit-hyperactivity disorder”; ii) AND “infant” OR “infancy” OR “neonatal” OR “newborn” OR “baby”; AND “movement” OR “motor” OR “sensory-motor” OR “sensori-motor” OR “motion”. In total, 170 articles were identified via database searching; 30 studies were selected for review of abstract or complete article.

Early motor signs, if present, appear to be non-specific, and therefore not readily useful in clinical screening. Spontaneous motility seems to be a promising aspect of early ADHD detection, although further studies with large cohorts implementing quantitative and qualitative scoring systems are recommended to determine its clinical role in populations at risk for ADHD. 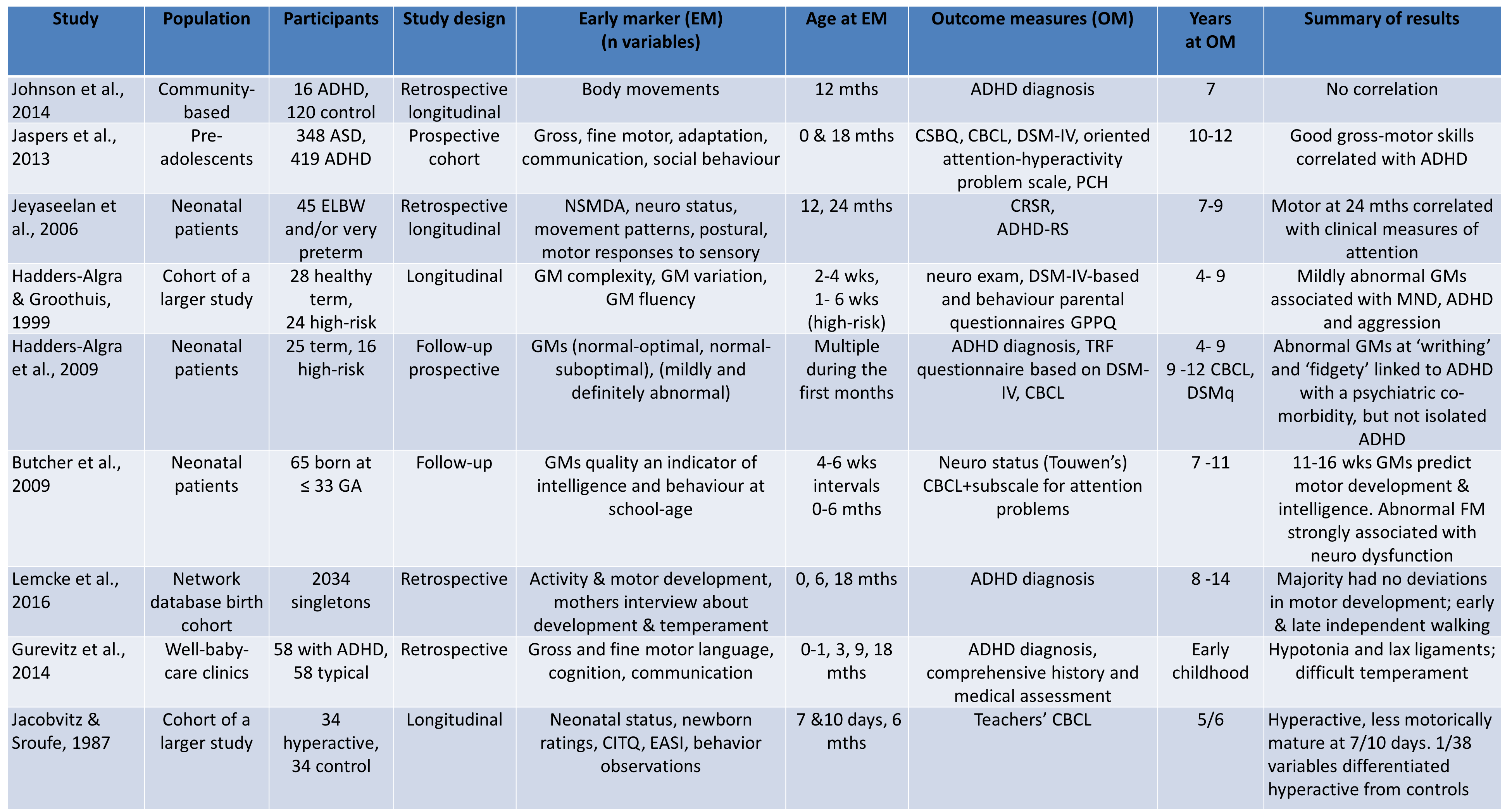