Much of this research uses human observation to assess facial-expression quality in ASD. However, this type of subjective coding cannot elucidate underlying differences in facial movement that might lead to facial-expression ambiguity.

We presented 18 videos of actors making emotional facial expressions to 19 children and adolescents with ASD and 18 NT individuals (Age M = 12;8 and 12;11, respectively). Groups did not differ significantly on age, gender, IQ and language. We asked participants to mimic facial expressions they saw while wearing 32 reflective markers on their face. The movement of markers was recorded using mocap technology.

Mocap data were grouped by the Valence (positive vs. negative) and Intensity (high vs. low) of the expression being mimicked. We used Growth Curve Analysis (GCA) (Mirman, 2008; 2014) to test whether facial movement patterns were predictable by the valence and intensity of the expressed emotion and by participant group.

Facial movement patterns were significantly predicted by an interaction between group (ASD vs. TD), the Valence of the expression being mimicked (Positive vs. Negative), and the Intensity of expression (High vs. Low). This result reflects differences in facial expressions between the diagnostic groups, which vary as a function of the Intensity and Valence of the expression. Post-hoc tests within group show that Valence significantly predicts movement in the NT group, but not the ASD group. Both group’s movement patterns are predicted by Intensity. 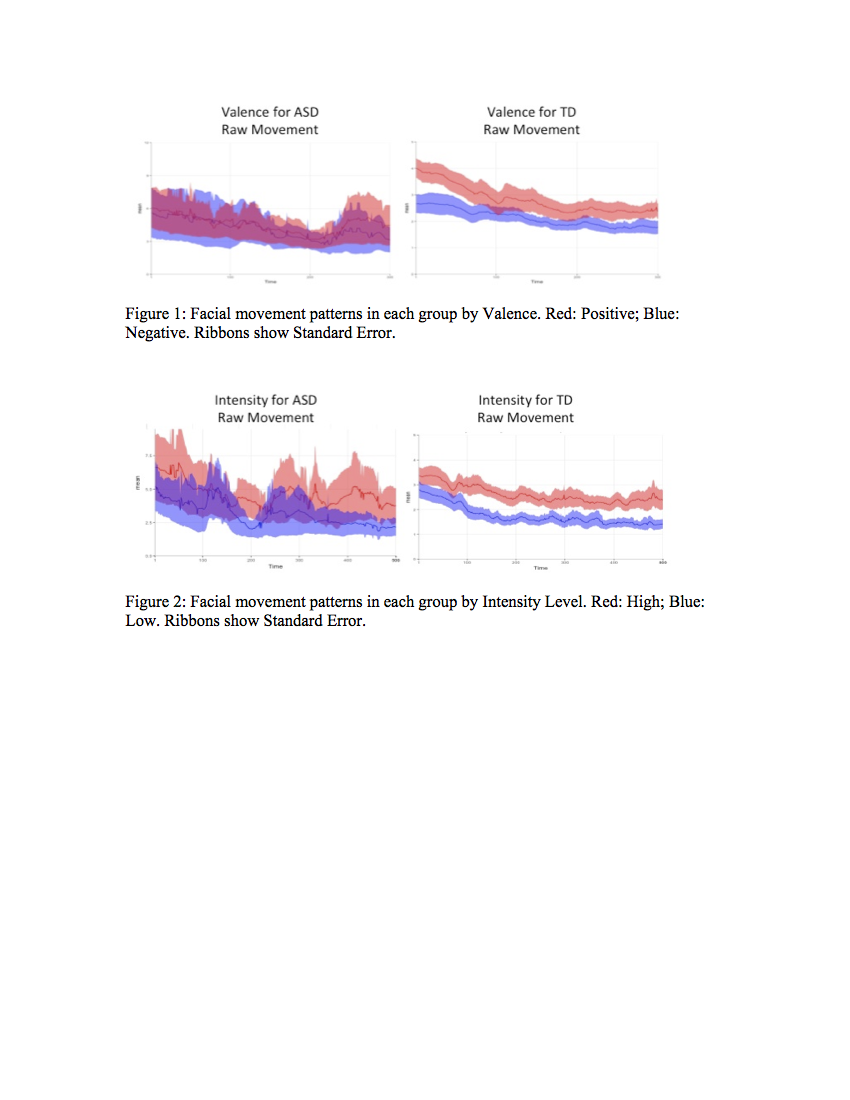