Objectives: To explore the factor structure of the CBCL Dysregulation Profile in a large clinical sample of youth with ASD.

Methods: Parents of 727 youth aged 6 through 18 years (Mean=10.28, SD=2.99) completed the CBCL prior to their initial appointment at an ASD clinic within a university-based medical center. ASD diagnostic status was determined by an expert physician or psychologist. A series of four confirmatory factor analytic (CFA) models were employed to explore the latent structure of the ED construct and its interrelations with the AD, AGG, and AP subscales: a uni-dimensional model in which there is only an ED factor, a second order model in which ED is an overarching factor that explains each of the subscales, a three specific factors model in which each of the subscales exist independently with no relationship to ED, and a bi-factor model in which ED is measured as a general factor capturing the majority of the variance alongside separate subscales. The best fitting model was then used to conduct an EFA in which the factors were allowed to load freely.

Conclusions: The bi-factor structure of the Dysregulation Profile mirrors findings in non-ASD youth, supporting the validity of this measure in the assessment of ED in ASD youth. Per the results of the EFA, anxiety/depression items were explained almost completely by ED, suggesting that these symptoms may be ubiquitous to ED in the ASD population. Aggressive behaviors appear related to ED but also have independent associations apart from this construct. Although some attention problems are related to ED, many appear to exist independently from ED. These findings support current understanding of ED as a common factor underlying both internalizing and externalizing symptoms but suggest that ED does not contribute to some aspects of attention dysregulation. 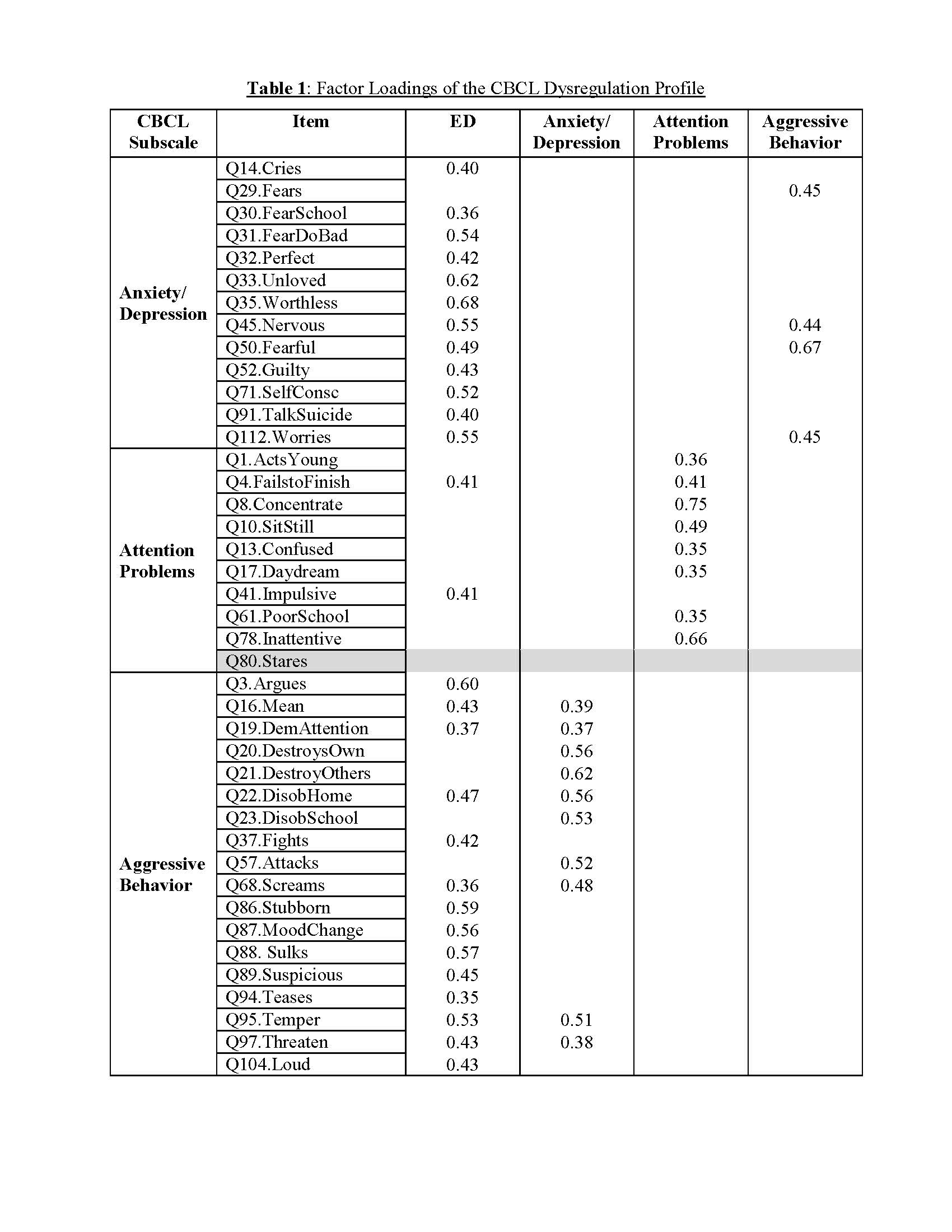