Objectives: To evaluate, in both ASD and typical development, whether explicit measures of mental state reasoning are related to the tendency to spontaneously mentalize about naturalistic social stimuli.

Results: There were no significant group differences in the amount of spontaneous mentalizing for either the STOMP or Describe-a-Friend task. For the explicit questions about the STOMP videos, however, adults with ASD showed diminished performance when reasoning about mental states, but intact performance when reasoning about physical events. Controlling for age and verbal IQ, performance on those explicit mental state questions was related to the tendency to spontaneously mentalize for participants with ASD (r=.46, p=.048), but not for typical adults (r=-.264, p=.35). Across tasks, levels of spontaneous mentalizing were correlated for typical adults (r=.54, p=.01), but not for adults with ASD (r=-.076, p=.76). For the Mind in the Eyes and Strange Stories, typical adults performed significantly better than those with ASD, and, within each group, the two tasks were significantly correlated. For neither group, however, did the Mind in the Eyes or Strange Stories significantly relate to spontaneous mentalizing.

Conclusions: Overall, the relation between implicit and explicit mentalizing is complex, task-dependent, and varies between typical development and ASD. Intriguingly, only adults with ASD showed a relation between the tendency to offer spontaneous mental state description about naturalistic, socially-complex scenes and explicit measures of accurate mental state reasoning about those same scenes. These findings may suggest different routes to explicit and implicit mentalizing in typical development and ASD, and future research should continue to explore this possibility by including measures of mentalizing during social interaction. 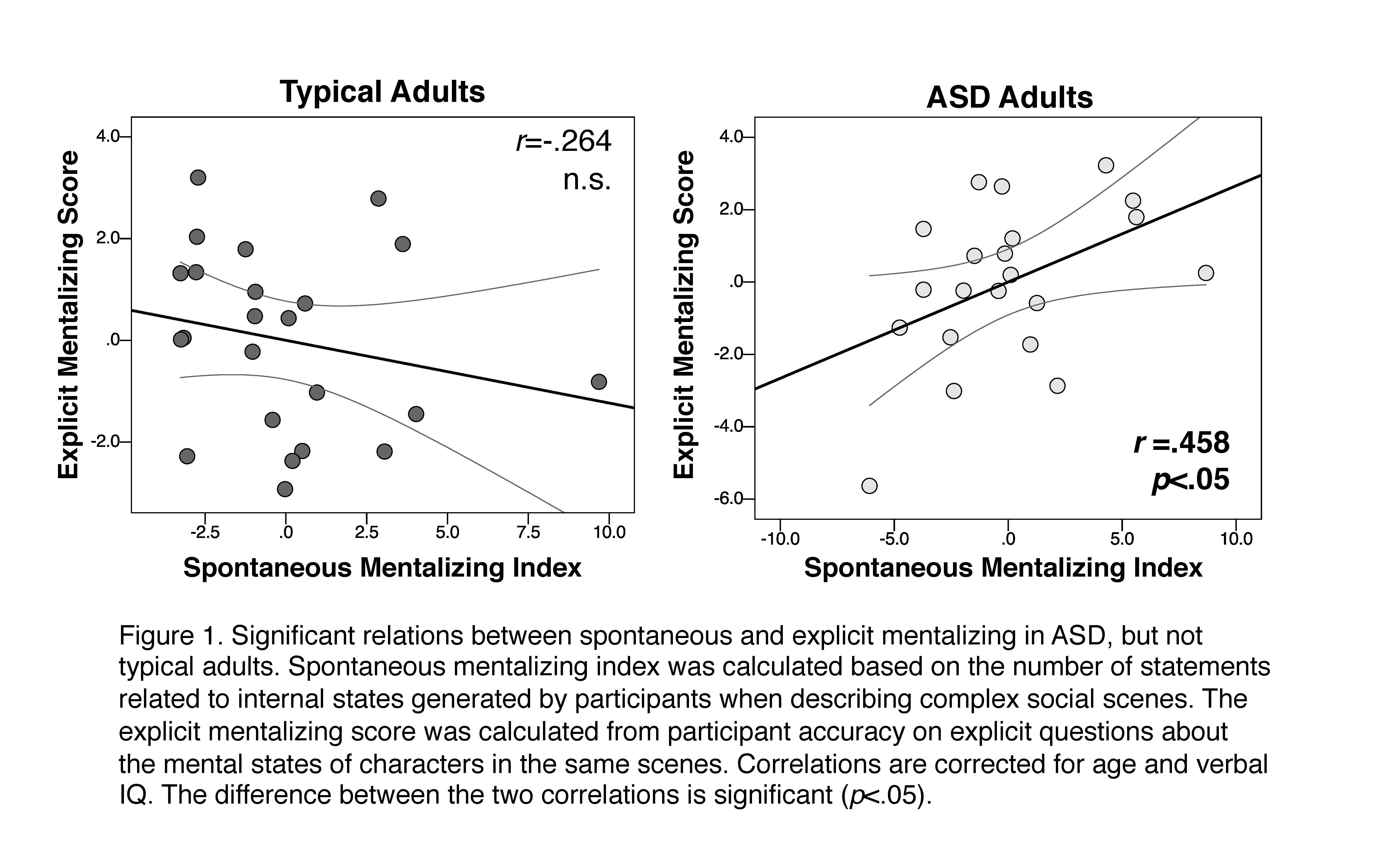