Objectives: The present study aimed to explore how trajectories of social attention in HRA could relate to individual differences in cognitive and language ability.

Methods: A Tobii eye-tracker assessed attention to faces at 6 and 18 months in low-risk controls (LRC) with no family history of ASD (n=25) and HRA (by virtue of an older sibling with ASD; n=36). HRA were further divided into two groups based on clinical judgment from the infant’s final lab visit at 24 months or older: high-risk ASD-negative (HRA−, n=25) and high-risk ASD-positive (HRA+, n=11). At both ages, infants saw images of their mother and a stranger side-by-side, and analyses focused on the first two presentations (10s each, sides counterbalanced). Difference scores were calculated between the 6 and 18 month visit for percent time on eyes (%Eyes) and mouths (%Mouths) as a function of total time on faces. The Mullen Scales of Early Learning (MSEL; Mullen, 1995) was used at 36 months to examine language through receptive language (RL) and expressive language (EL) scores and cognitive outcome through the Early Learning Composite score (ELC). 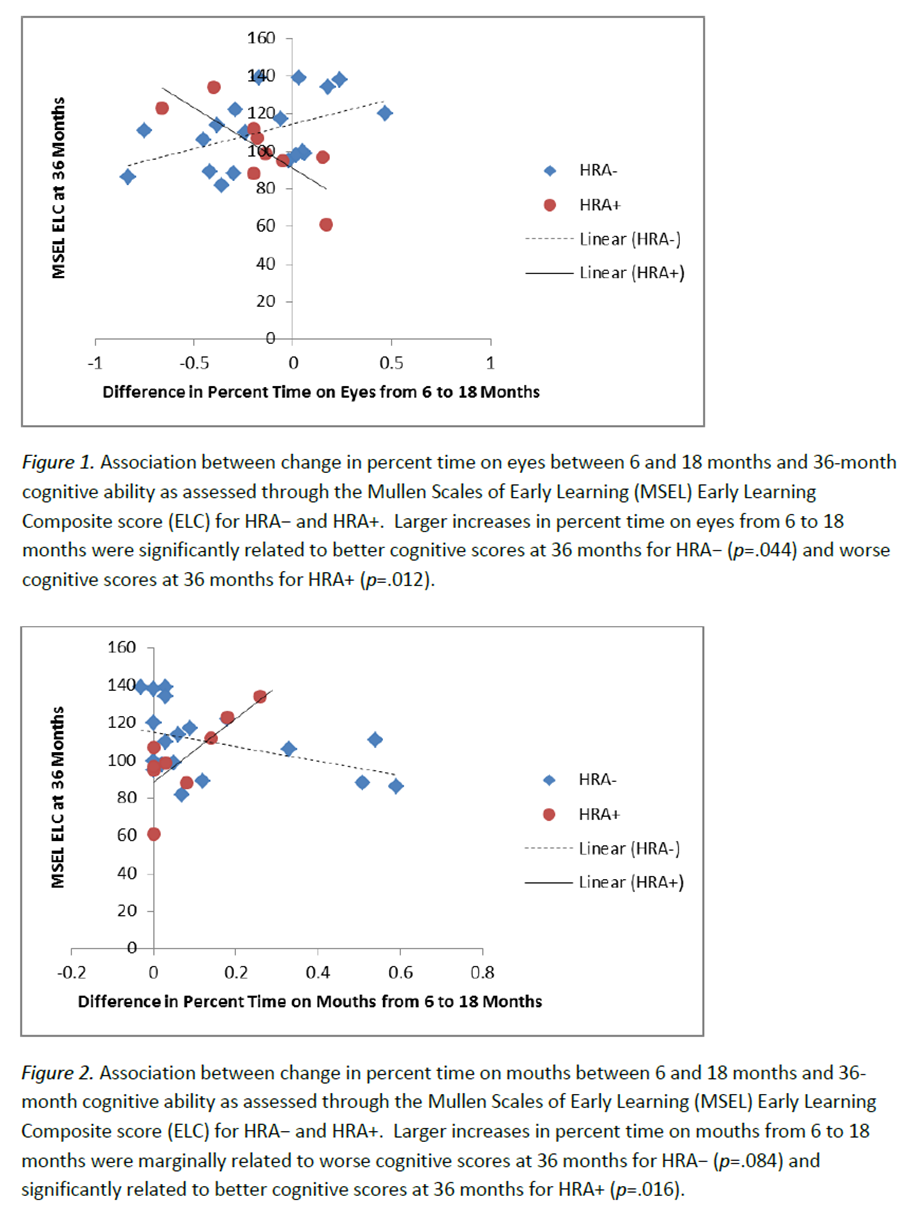