Objectives: The aim of this study was to examine, whether children with ASD show impaired memory for relational information, i.e. combinations of two features: an object and its location.

Methods: 15 high-functioning children with ASD (Mean age: 13.0 years) and 16 typically developed (TD) children (Mean age: 12.4 years) participated in the study. Diagnoses were confirmed using ADI-R, and WISC-IV was used to measure verbal comprehension and working memory. Relational memory and memory for single features was examined by use of a computer-based paradigm inspired by Bowler et al. (2014). This paradigm included two tasks measuring memory for single features (objects or locations) and one task measuring memory for relational information (combinations of objects and locations). Each memory task consisted of a series of study-phases followed by corresponding test-phases, during which the participants were asked only to click on previously studied and recognised stimuli (objects, locations, or combinations of objects/locations). Perceptual style was measured using the Children’s Embedded Figure Test (CEFT), in order to examine the relation between local processing style and a diminished ability to encode and recognise relational information.

Results: In the relational memory task, we found no between-group difference on how many correct and previously studied combinations of objects and locations the two groups were able to recognise. However, the children with ASD clicked on significantly more unstudied (incorrect) combinations of objects and locations than the TD group in this task. The groups performed equally well on the two single-feature memory tasks, which confirms previous findings of intact memory for single features in individuals with ASD. We did not find any group difference in degree of local processing style as measured with the CEFT, and processing style did not predict performance on the three memory tasks in any of the groups.

Conclusions: The ASD group gave significantly more incorrect answers in the relational memory task compared to the TD group, indicating that the children with ASD applied a less precise mnemonic strategy when solving this task. These findings represent important knowledge on altered basic memory processes in children with ASD. Difficulties in encoding and recognising relational information may affect these children’s foundation for picking up and recalling new information, and may ultimately affect both social and non-social learning. 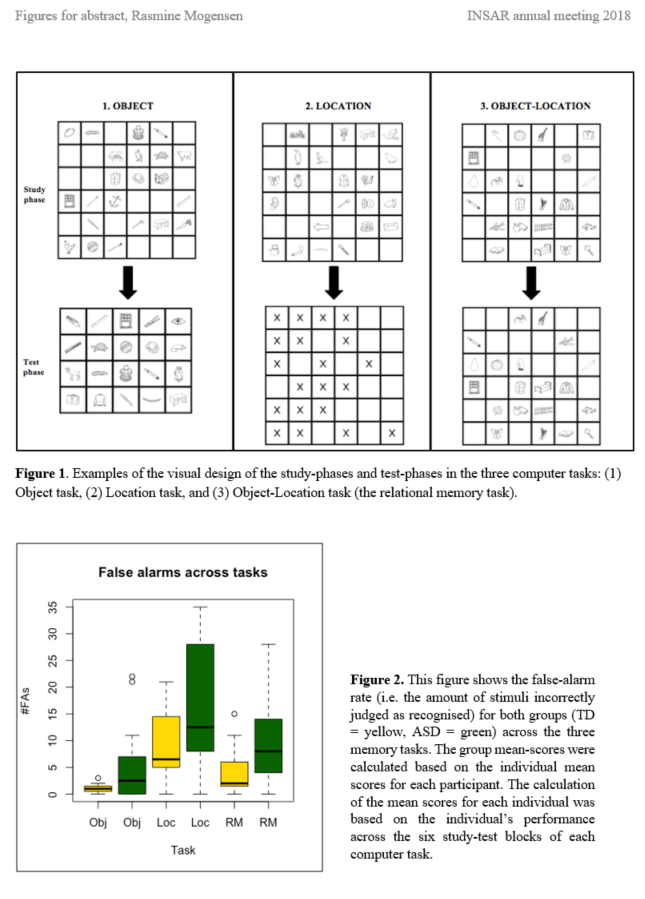