Autism spectrum disorders (ASDs) are characterized by difficulties in social communication and repetitive and restricted behaviors. To date, no pharmacological treatment exists targeting the core symptoms of ASD, yet the past years, the pharmacological use of the neuropeptide oxytocin (OT), has gained increasing interest from the research community to explore its potential for elevating the core social deficits in ASD.

We conducted secondary analyses of this randomized trial to explore whether treatment-related behavioral improvements observed one month post-treatment were maintained at 12-month follow-up.

We included thirty-one participants that completed the four-week treatment (OT or PL) and a follow-up session 12 months post-treatment (17 OT/14 PL). Behavioral outcome measures that showed improvements one month post-treatment were assessed again at 12-month follow-up, including assessments of treatment-related changes in repetitive behavior (Repetitive Behavior Scale–Revised(RBS-R)); feelings of attachment (State Adult Attachment Scale(SAAM)); and social functioning (self-report and informant-based Social Responsiveness Scale(SRS)). For each treatment group, the maintenance of behavioral improvements (from baseline) was assessed and difference-in-difference analyses were performed to assess whether the observed improvements were significantly larger in the OT, compared to the PL group.

Based on a subsample of participants that underwent a 4-week OT treatment and completed a 12-month follow-up session, we show that the observed behavioral improvements in repetitive behavior and attachment avoidance tended to persist until 12 months post-treatment. The observed beneficial effect of OT on social functioning was no longer significant at 12-month follow-up. Our findings provide first indications that continual OT treatment (four weeks) can induce long-lasting behavioral changes in individuals with ASD that last until 12 months after the actual treatment. 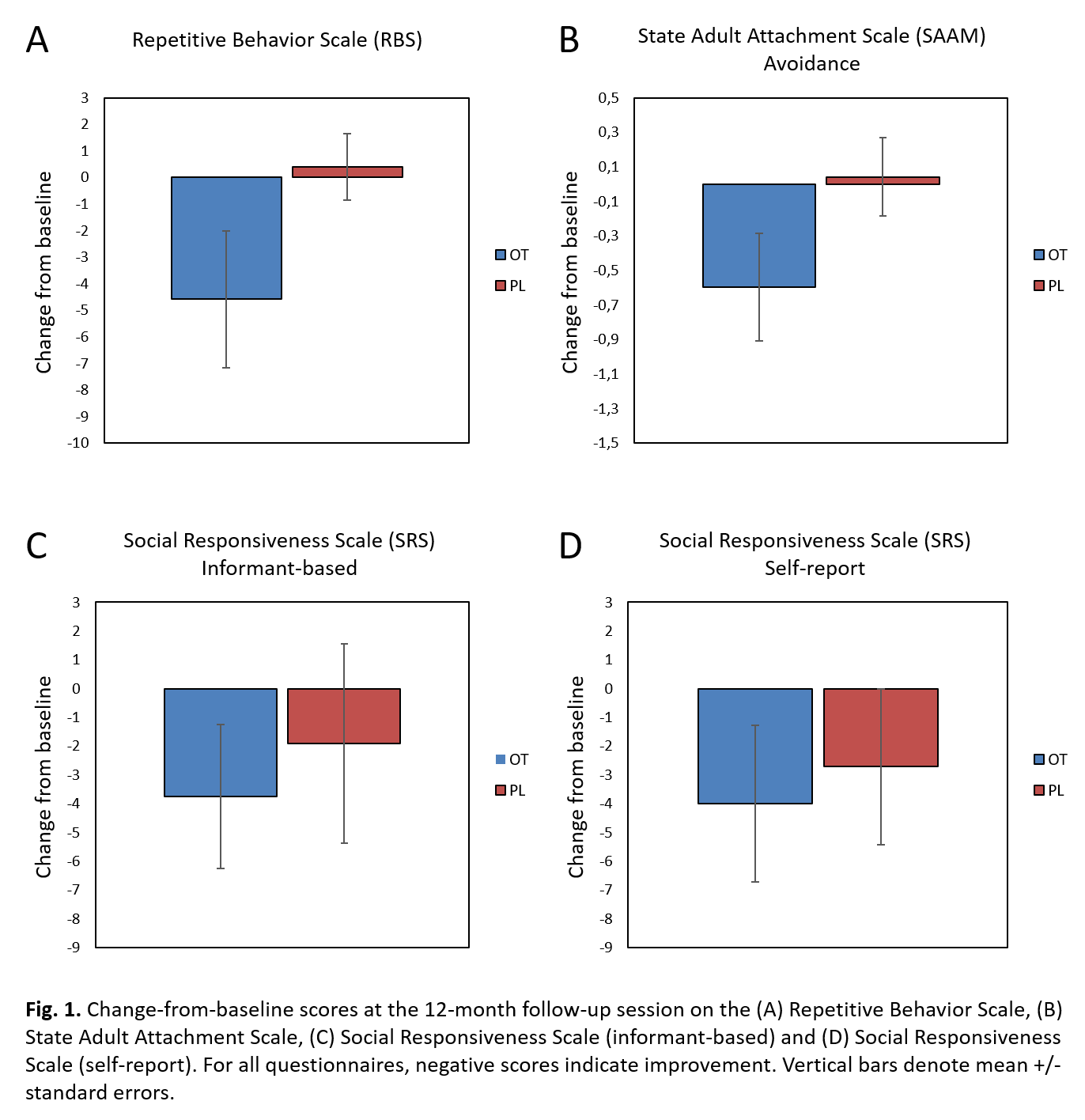