Autism spectrum disorder (ASD) is a highly complex neurodevelopmental condition that is accompanied by neuroanatomical differences on the macroscopic and microscopic level (Ecker, 2016). For example, a recent histological investigation suggests that the grey-white matter boundary is less well defined in ASD, potentially due to an abnormal cell patterning at the grey-white matter (GWM) transition zone (Avino & Hutsler, 2010). Consistent with this finding, it has also been shown in vivo that the GWM tissue contrast at the white matter boundary is significantly reduced in ASD, and in many brain regions that have previously been linked to autistic symptoms and traits (Andrews et al., 2017). However, nobody has yet characterized the GWM boundary based on measures of diffusion in ASD.

Thus, we examined differences in fractional anisotropy (FA) and mean diffusivity (MD) at the GWM boundary in ASD individuals relative to controls. Based on previous reports of a reduced tissue contrast, we also expected significant reductions in measures of diffusion.

Our results confirm that the white matter microstructure at the GWM boundary is atypical in ASD, potentially as a result of an abnormal cell patterning at the GWM transition zone. Thus, neuroanatomical features measured at the GWM boundary might be particularly sensitive for identifying and characterizing ASD. Given the significant group-by-gender interactions, it is however likely, that this aspect of the neuropathology of ASD is modulated by biological sex. 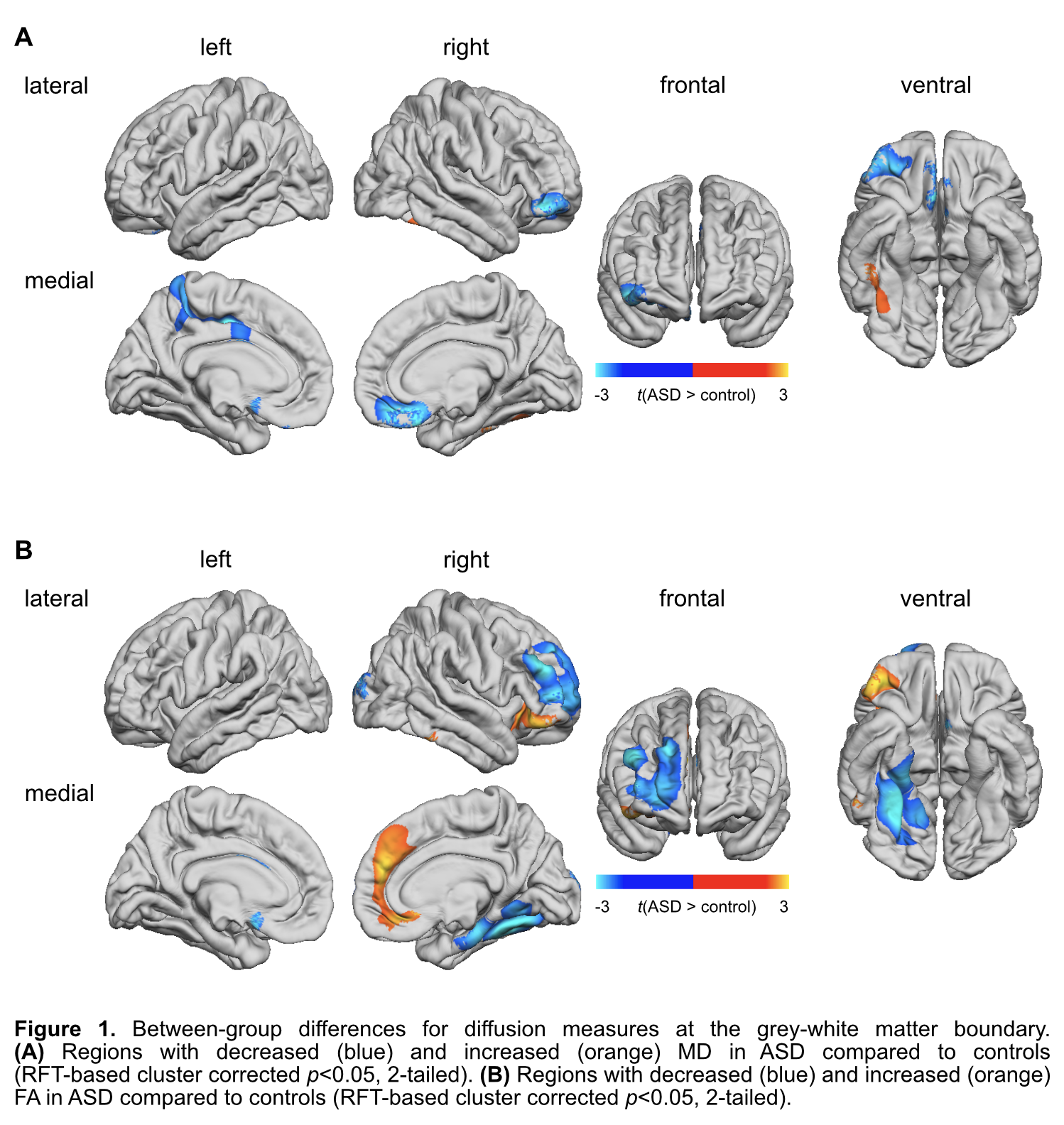