Objectives: It is the goal of this proposal to test the hypothesis that multiple variables presenting in pre- and perinatal life are associated with the development of ASD. We will test this by performing an environmental-wide association study of ASD. Using such an approach, we can identify potentially new environmental factors associated with ASD, and compare prior positive factors with the new hits. Finally, we can create a ‘polyenvironmental risk score,’ similar to a polygenic risk score, to assess whether multiple environmental factors can predict the emergence of ASD.

Methods: The study is embedded in the Generation R Study, a prospective, longitudinal birth cohort in which nearly 10,000 pregnant mothers were recruited. The total number of children in which the social responsiveness scale (SRS) for autistic symptoms and who had less than 60% missing data was 3,891. This group was split into a discovery set of 2,920 and a replication set of 971 children. The variables entered into the environmental-wide association study included only questionnaire and biomarker data that were collected either during prenatal life or at the time of birth and included 912 variables. We assessed each variable first using univariate regression analyses, followed by multiple regression analyses correcting for maternal age at birth, parity, maternal education, birth weight, ethnicity, sex, and birth year. Multiple correction on the discovery cohort was performed using false discovery rate (FDR).

Conclusions: Using data collected during pre- and perinatal life, we show that multiple variables, especially those linked to parental psychopathology and maternal health, were associated with the later development of ASD. 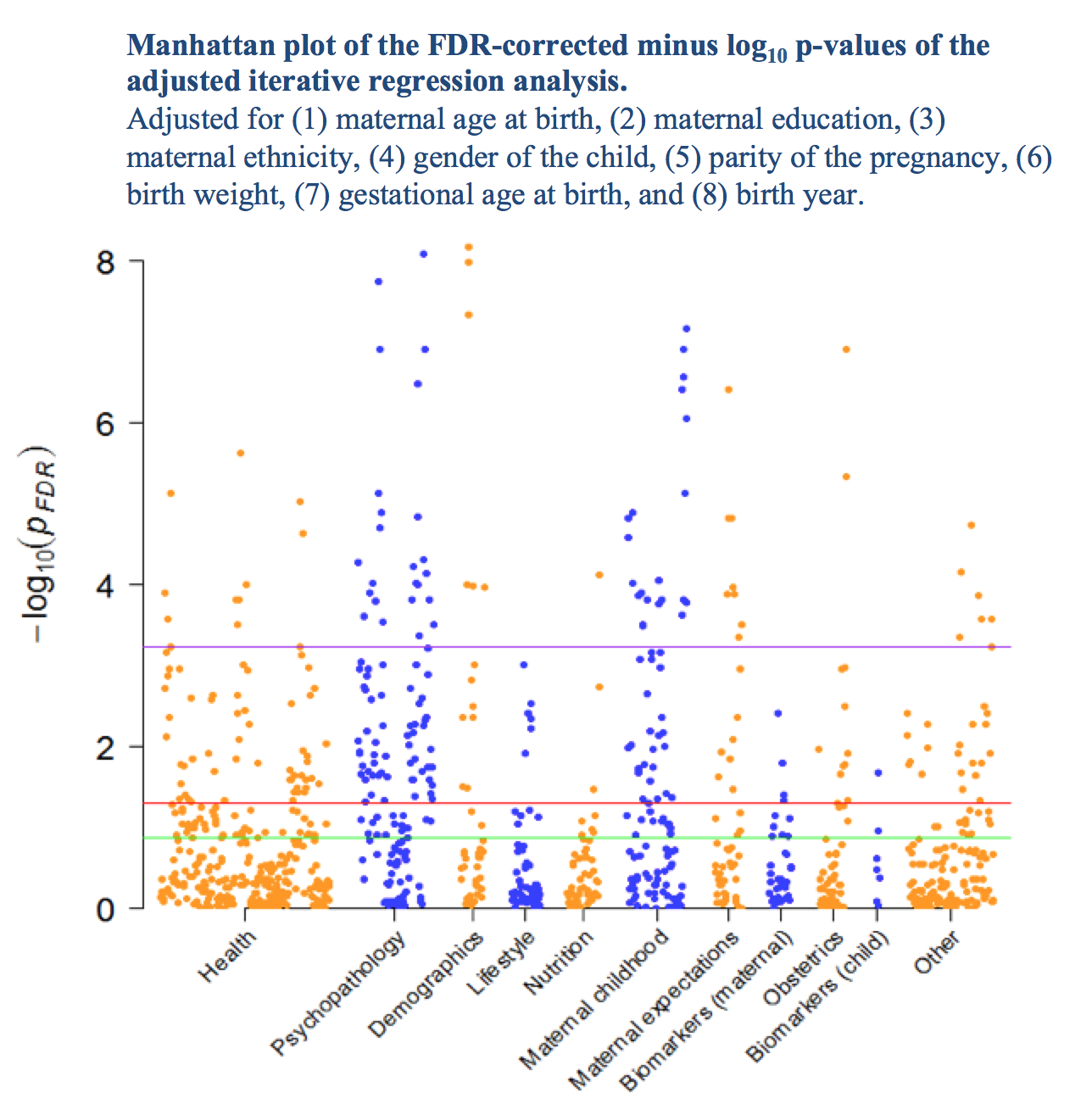