28004
Why Is Quality of Life Reduced in Individuals with Autism Spectrum Conditions? Investigating the Impact of Core Symptoms and Psychiatric Comorbidities on Quality of Life in the EU-AIMS LEAP Cohort.

Objectives: Thus, this study aimed to investigate the role of ASC core symptoms and psychiatric comorbidities in QoL across multiple domains, in a large and diverse sample of individuals with ASCs.

Results: In accordance with previous research, the ASC group scored significantly lower on QoL measures than Controls, with effect sizes from r=0.17-0.61. See Figure 1 for correlations.

WHOQOL-BREF. Depression was the only variable significantly accounting for variance in; Overall QoL (29.1%), Physical Health (23.1%), and Social Relationships (47.2%). Social-communication deficits were the only symptom significantly explaining variance on Psychological (36.5%) and Environment (26.9%) domains.

Conclusions: These findings emphasise how QoL in ASCs is a multi-faceted construct, with diverse underpinnings, influenced by core and comorbid symptoms. Through better understanding the contributions of diverse symptoms on various domains of QoL, in different individuals with ASCs, we may identify how interventions can be targeted to improve QoL. 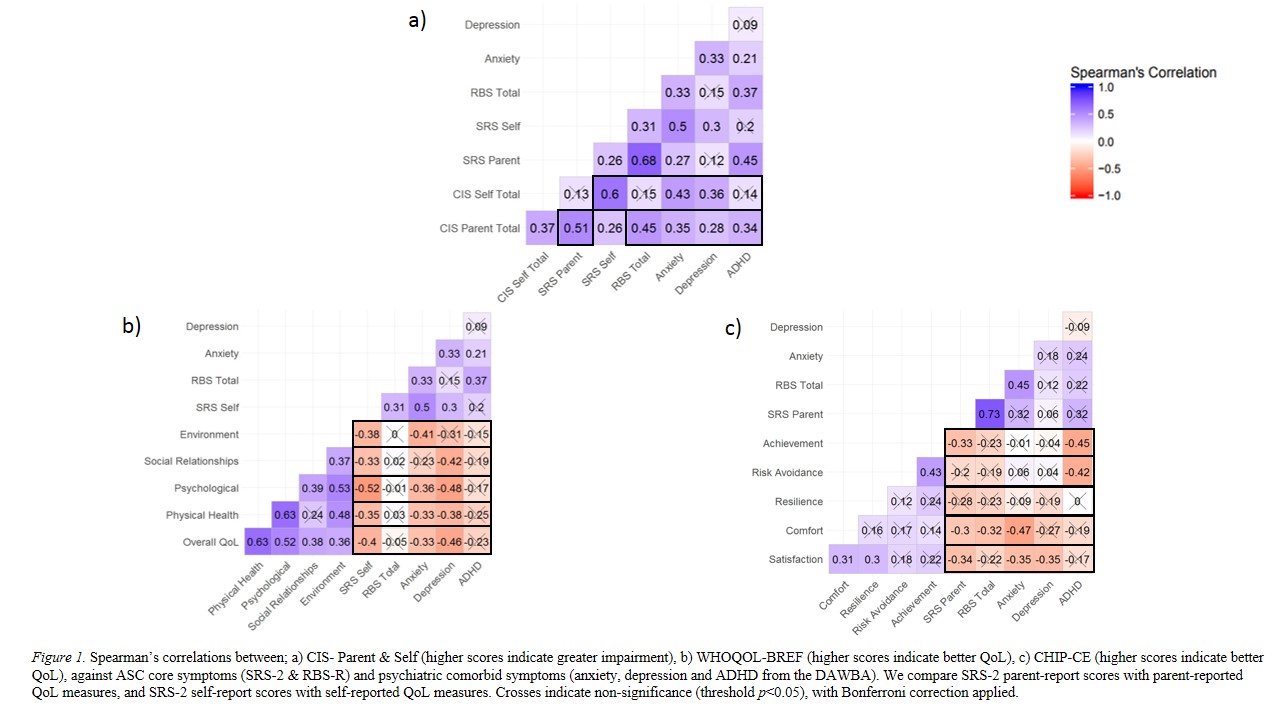