Objectives: 1) To explore the feasibility of automated gaze-modification strategies for toddlers with ASD, 2) To assess short-term malleability of visual attentional patterns. 3) To identify whether measures of attentional redirection can be used in the direction of intervention.

Methods: In (1) Normative Data Collection phone, TD controls (n=41, age = 37.4±16.6 months) free-viewed scenes (of an actress emulating interactions with the viewer) while their gaze was eye tracked. This data was used as a normative reference to create a gaze-contingent (GC) adaptive cue system which redirected gaze upon deviation from TD looking patterns. Redirection was accomplished by highlighting TD controls looking locations. In the 2) Experimental phase, toddlers with ASD were randomly assigned to either the adaptive cue condition (cue, n=16, age = 32.3±8.7 months) or a control condition (no-cue, n = 19, age = 35.4±9.3 months).

Conclusions: Compared with the ASD no-cue group, gaze-contingent training was effective at mitigating decreases of attention towards the face of the dyadic social partner in the ASD cue group. After adaptive training the attention towards the social partner was significantly higher in the ASD cue group than the no-cue group. The negative association with the Mullen nonverbal DQ implies that this approach may have particular relevance as an attentional training tool for more impaired toddlers with ASD. 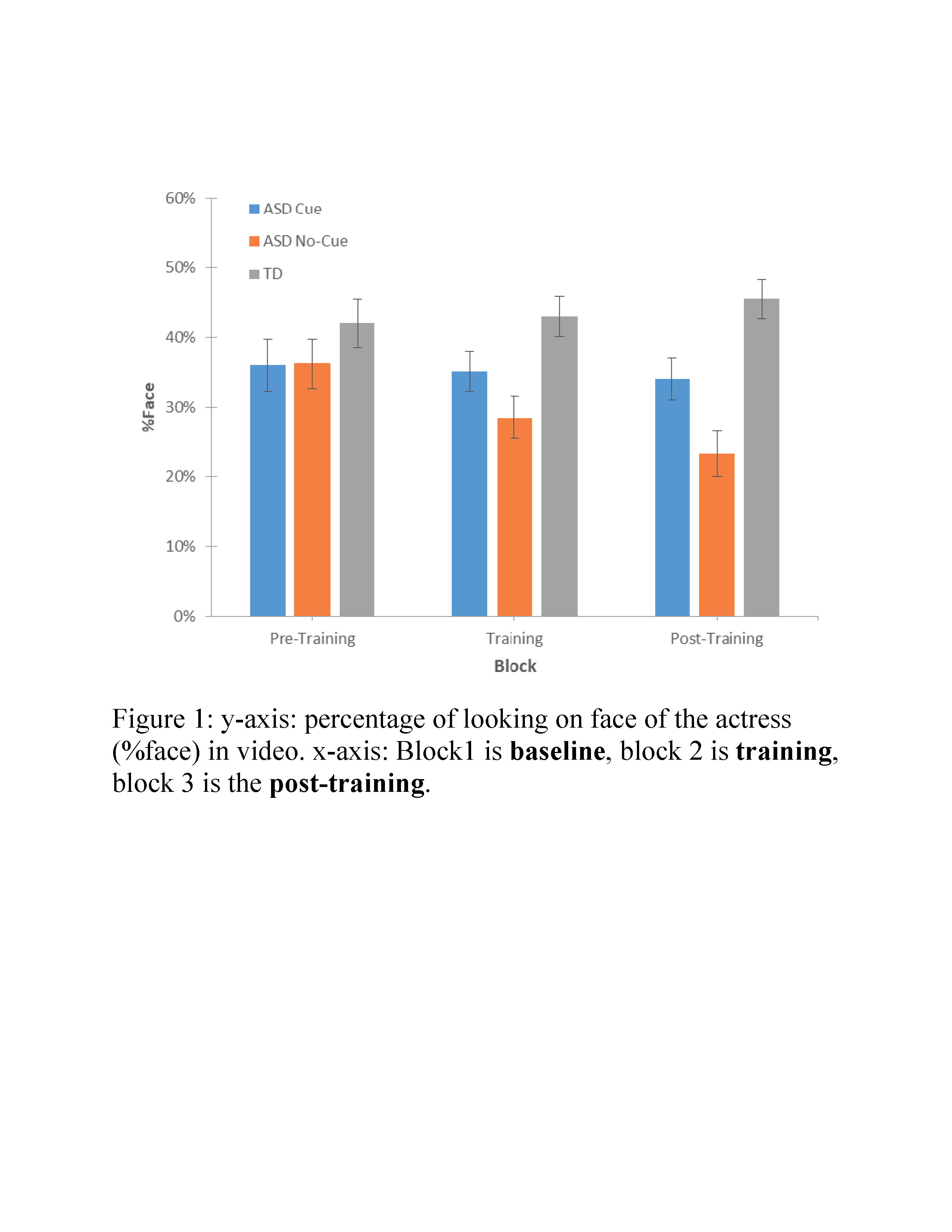